America's biggest cities are alive and well. Take one look at New York. 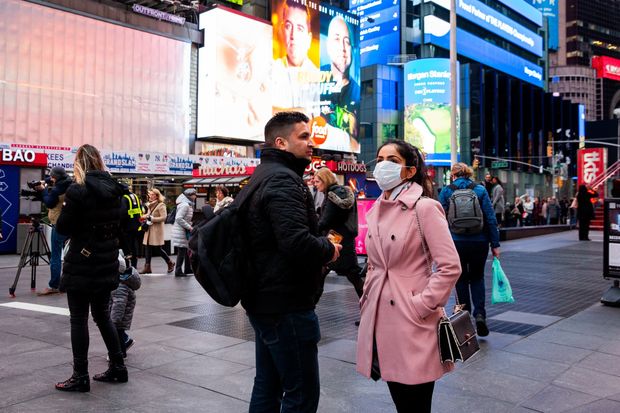 Since the inception of the COVID-19 pandemic, I have spent nearly all of my days in and around my Manhattan apartment. In that time, I observed my city, which is the nation's largest and surely its most vibrant, come to a screeching halt. The longer I stayed here, the more interminable it all seemed.


Two years ago, in August 2019, my family became enchanted by some of New York's northern suburbs. They sought an escape from the city's throngs and comparatively cramped living conditions. Driving upstate and through Connecticut, the choice seemed clear on its surface--but, logistically, with my parents and I commuting to work and school on the West Side of Manhattan, it was decided that we'd need to wait it out. "At least until next year," my father had said. If only he knew what was to come.

At that time, even the most prized suburbs were modestly priced by today's standards, and the city was seeing development unlike ever before. Many of our northern suburbs, still feeling the ruptures of the Great Recession, were jammed in a persistent buyer's market. That was, until about March of 2020, when all of this sharply changed.

With the rise of the pandemic came the belated resurgence of the suburban real estate market. As of January, the U.S. Postal Service found that 23,387 New York City residents had moved to Connecticut, and over 100,000 upstate and to Long Island.[1] Since that time, the draw to the suburbs has finally shown some indication of slowing, allowing us some reflection.

If New Yorkers, Chicagoans, Angelenos, and all the other dwellers of our country’s densest cities were to meditate on the ‘suburban dream’, could it truly be said that the idea is groundless? From my observations, it would depend on who you asked. In reality, this city-suburb struggle can only be addressed by the priorities of prospective movers. Some fancy a garden, and others the short stroll to a Broadway show. This has always been so; but the recent suburban frenzy, fully fed by the ongoing pandemic, accentuated all that was absent in city living and little, if anything, that was in suburban life.

Indeed, large cities like New York are not pandemic-friendly. With over 29,000 residents per square mile[2], New York City’s average square mile is itself more populous than entire towns in the suburbs of Westchester County, N.Y., and Fairfield County, C.T., which have average population densities of 2,332 and 1,531 residents per square mile, respectively[2]. Even with the mass lockdowns and closures that afflicted the city, most of the nearly 400,000 residents who relocated have either returned or been replaced.[3] These facts, even against the backdrop of the inflated suburbs, are a strike to those who believed that cities like New York were forever out of favor, of which there were many.

In the doubtful eventuality that large cities become unsought and suburbs climb yet again, most towns with proximity to such cities are certain to grow in population. Where there are people, amenities must follow. If immediate suburbs teem with residents, rigid municipal zoning regulations would likely frustrate any adaptive plans involving major commercial and multi-family residential developments. This would leave the option of exurbs, which are sparsely populated regions beyond the city and suburbs, although these areas may also be unfeasible, especially considering the mass return to offices that could be approaching.[4]

For the moment, it may well be argued that suburban fever is here to last. Even so, those who ever questioned the recovery of big cities in the wake of the pandemic as I once did can be assured that our cities are going to pull through this, and perhaps quite comfortably. A lifelong New Yorker, I must admit that hearing the repeated “New York is forever dead" from those in my own circle, together with learning that so many of my neighbors had hurriedly fled to the suburbs, was a bleak reality. Now, that time appears to finally be over.

Against any and all odds, I will always count on New York—and after all we have endured, I advise you to do the same for your city.