A new Nevada law may add to the power of the biggest tech companies. 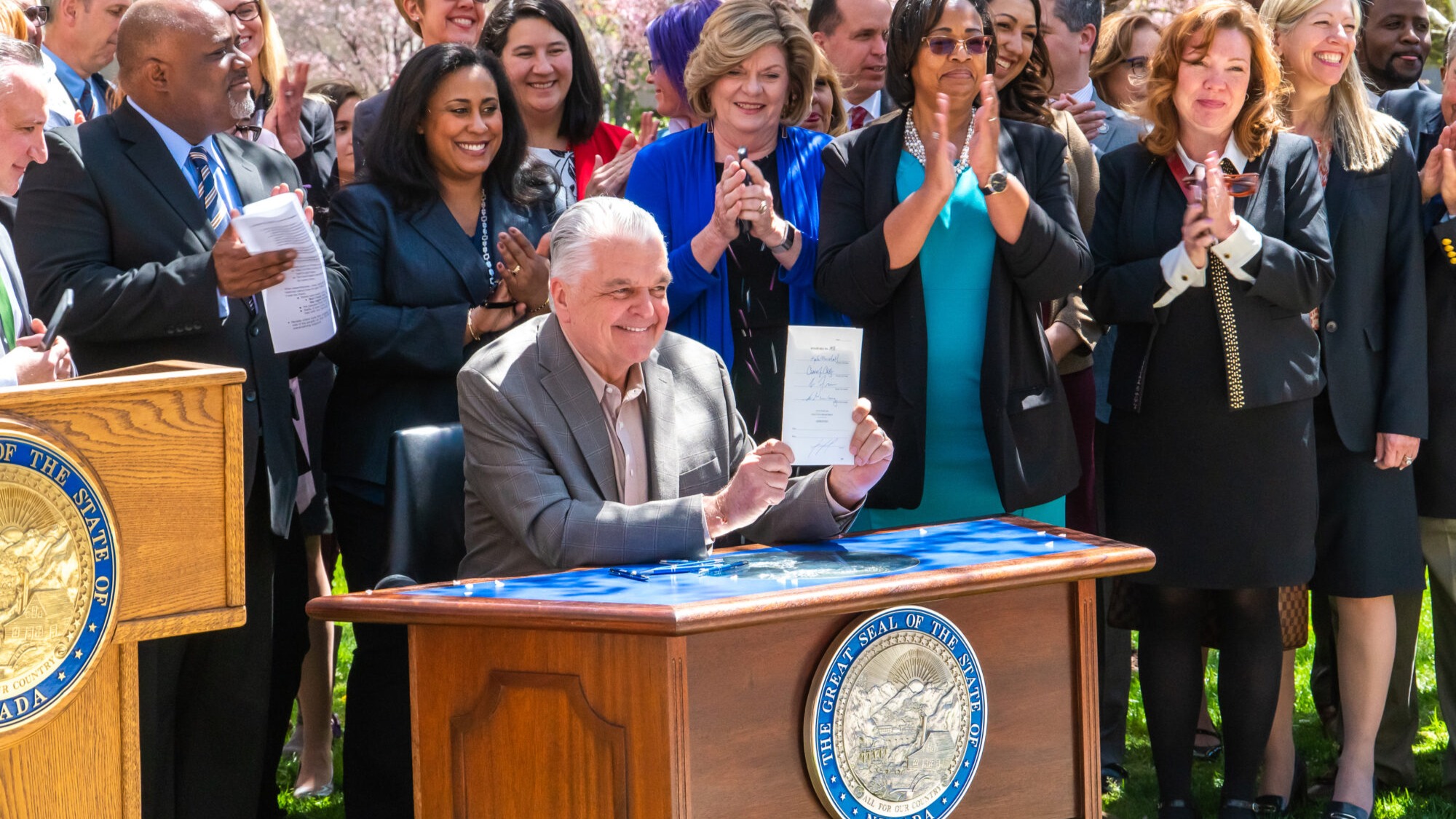 The government of the United States of America is meant to protect the individual freedoms of those who reside there and grants the right to a representative democracy that all can participate in. One state’s governor wants to roll out a plan to create separate and individual governments that would be run by tech companies.

Democratic Governor Steve Sisolak of Nevada announced in his State of the State address that he aims to boost the state’s economy by attracting tech companies. These companies would have to own several acres of uninhabited land and develop a so-called “innovative technology” in order to begin developing what would effectively be a new county, and these zones are proposed to be named ‘Innovation Zones’, the Las Vegas Review-Journal reports.

Any politician would understand the importance of wishing to fulfill their promises by improving the lives of their people, but this governor might be taking this too far. Allowing companies to own counties sounds irresponsible as it could allow a single corporation too much power.

But not just any tech company would be able to have their very own ‘Innovation Zone.’ “Zone requirements would include applicants owning at least 78 square miles (202 square kilometers) of undeveloped, uninhabited land within a single county but separate from any city, town or tax increment area. Companies would have at least $250 million and plans to invest an additional $1 billion in their zones over 10 years,” reported the Associated Press.

The requirement for large amounts of money is enough to ward away smaller businesses, leaving large companies with money to spend. One example of an interested corporation is Blockchains LLC. The CEO of Blockchains, Jeremy Berns, announced that he had acquired 67,000 acres of land with the intent to build a community there.

However, the who-and-what is not necessarily important. The idea of company-owned land is reminiscent of past efforts of coal companies that also attempted to create company towns nationwide. This practice, which occurred largely in the early 1900s, left workers typically paid just enough to be able to afford adequate and sometimes below-average living necessities such as food and water.

“Although economically successful, company towns sometimes failed politically due to a lack of elected officials and municipally owned services. Accordingly, workers often had no say in local affairs and therefore, felt dictated. Ultimately, this political climate caused resentment amongst workers and resulted in many residents eventually losing long-term affection for their towns,” writes the Social Welfare History Project.

Governor Sisolak’s idea of company counties is strikingly different when compared to these past company towns because this bill grants companies more power. This is due to the fact that companies will eventually be granted the powers of a county, such as imposing taxes, creating courts for laws, creating schools and school districts, and creating licensing boards. One feature that makes this shocking is that each county would be “run by a three-person board, one member of which would be appointed by the governor and the other two chosen by the entity applying to create the zone,” by Statescoop.com. These boards would be in charge of hiring and paying public officials, and collect taxes as well.

Some officials in Nevada are skeptical of this bill. One commissioner, Lance Gillman, stated that “the jury is still out on whether that will be positive or negative.”

These facts are alarming because company towns in the early 20th century had boxed their employees into a corner as essentially servants that were indentured to these companies. While this does sound like a thing of the past, Elon Musk says otherwise. Elon Musk wants to send people to colonies on Mars, but citing that the trip would be expensive, he says that there will be “loans available for those who don’t have money,” he said on Twitter. Obviously, a colonist being on Mars and in debt to Musk or his companies would have to work jobs there in order to pay their debt off, which means this idea could still thrive today.

All in all, the idea of company towns, despite being appealing to state officials, is worrying for the fate of employees. Amid fears of allowing one corporation too much power, there are also fears of creating indentured servitude, immobilizing those who would work under these companies. As the bill is still being drafted, there is not much knowledge of specific laws that may prevent companies from such permissions, while there could possibly be an increase in what they can and cannot do. Now is the time for the legislature of Nevada to review this bill and think about whether it shall be passed or not.