Clashes Between Miners and Natives In the Amazonian Region

Why Does The Conflict Continue? 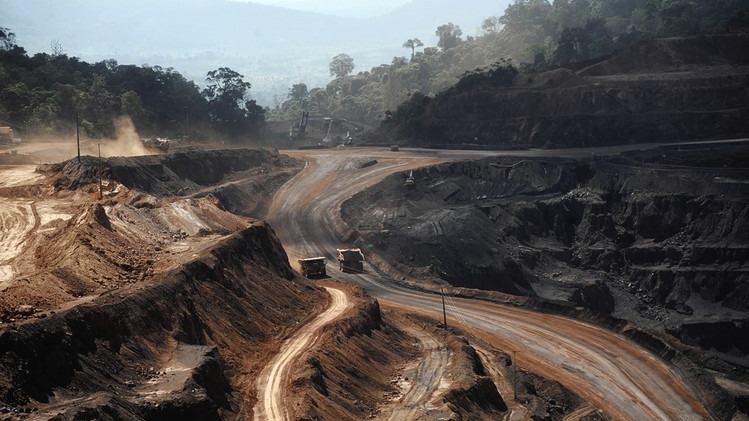 Panning, or gold-digging, is not an economic activity that has only recently commenced in the Amazonian area. Territories such as Palimiú, located in the Brazilian Alto Alegre county, have been targets of illegal extraction of gold since the 1980s. Nevertheless, the search for ore in the region has intensified in recent years. In 2020 alone, this illicit activity advanced 30% in the land. To the present day, the drilling sites and the residence villages of the miners occupy a total of 2,400 acres out of the 10 million in the Yanomami Indigenous Land, the indigenous reservoir with the greater territorial extension in Brazil.
‍

The role of these illegal miners, or “garimpeiros” in Portuguese, has changed in recent decades. While the number of unlawful excavators used to be insignificant, it has now risen to the count of 20,000 miners residing in the region. In the origins of this activity, they tended to be poor individuals in a desperate search for a job, tricked by greedy entrepreneurs to accept these dangerous tasks in exchange for a small fee.
‍

Nowadays, however, a host of “garimpeiros” even have connections to gangs. The First Capital Command (PCC), the most powerful criminal organization in the nation, is one of these. The gang has been dominating drug trafficking in the state of Roraima for a moment now.

Tensions between the twenty-seven thousand aboriginals and the prospectors had been undergoing for a long time. These miners settled in points considered sacred by the indigenous people. Adding insult to injury, they have installed several ore-processing machines within mining sites, causing residues to deposit in water sources in the area.

Mercury is one of the primary chemical residues of mining activity. It is used in gold mining as it facilitates the separating process of particles. The substance is toxic for humans and the environment, and the damages induced by mercury contamination are severe and permanent. A recent study has shown that 100% of the Munduruku indigenous are contaminated by the chemical originating from the panning. These complications are not without a fair share of violence, essentially affecting the children and women of indigenous groups.

Due to recent developments, the agitation between these two parties has escalated to unprecedented levels. Despite odd shooting incidents on April 24 and 27, the situation set loose on May 10, when illegal miners onboard ships sailing along the river opened fire against the aboriginal community of Palimiú. Since the fuse of the tension resulting in 8 casualties among the miners, there has been a continuous series of armed conflicts between the two groups.

The grounds for the start of this series of conflicts, although deductible, remain unclear. Hutukara and Condisi-YY, two institutions dedicated to indigenous matters, alleged that the miners have been attacking the community because the natives of Palimiú set up a blocking structure along the Uraricoera River. The barrier aimed to impede both the spread of Covid-19 and the advance of illegal panning in the Yanomami land.

This action by itself might have infuriated the criminal group as the location is believed to be a passageway and storage point of gas and ailment for the invaders. Still, adding to this fury, the natives have seized materials meant to be delivered to a mining site to construct the structure. Amidst the stolen materials were 1250 gallons of diesel, two ATVs, and a large boat. This would explain the aggressive response on behalf of the “garimpeiros”.

The series of in-process operations towards preventing the contagion and spread of the virus to indigenous tribes shows evidence of the miners' rage. These measures were issued in July of last year by the Supreme Court. The project encompasses the expulsion of invaders from indigenous lands and the installation of sanitary barriers, slowing down the mining process. Hence, explaining the strong opposition.

Why is the response from the Governmental Organizations failing to halt the friction?‍

It would seem as though the response from the state and the federal government was quick. When the turmoil had just begun, seven federal police agents were sent to investigate the conflict. On May 12, the army sent military forces to the area. Then, on May 13, the Federal Public Ministry declared that the Federal State had to ship police forces or troops for the indigenous community as soon as possible.

Later on, a note from the National Foundation of the Indian (Funai) asserted that the association constantly keeps agents in the territory, ensuring the permanent security of all tribes in the land.

Another request from the Federal Public Prosecutor's Office in Roraima, on May 14, determined that the State should maintain a permanent armed force in the Palimiú community. The goal would be to avoid new conflicts and guarantee the safety of its inhabitants. The office established a 24-hour deadline for the Federal Government to inform and prove the sending of troops to the community in writing. However, an unfixed fine would be set.

The Ministry of Defense guarantees that it complied with this judicial mandate, claiming to have responded promptly about shipping forces to the region and supporting the Federal Police. The Ministry also reassured that the Armed Forces remain in a position that enables them to fulfill the institutional missions provided for in the current legislation.

However, the local dwellers disagree with the claim that the government supplied fruitful relief. On the first day, the Federal Police left promptly after they became targets of shots by the prospects and have never returned. Moreover, a note from the Ministry of Health stated that the professionals from the Multidisciplinary Team for Indigenous Health left the base in the Yanomami Indigenous Land. The reason provided was the lack of security on the spot that same day. The military forces shipped on May 12 only remained two hours in the region, on Hutukura’s account. The request made by the Federal State on May 13 was already within the public civil action that had been in progress since the previous year. The procedure strived for the total removal of intruders who illegally explored gold in Yanomami Land. The action is still in the execution phase.

Contradicting the note released by Funai, the indigenous people claim that they had already sent four aid requests to the Army as their permanence in the area was not constant, and they remained under threat. If this were the case, there is no evaluation of why the series of attacks would continue. This fact is also supported by Dario Kopenawa, the vice-president of Hutukara Yanomami Association (HAY), who explained that the only measure taken up by the competent authorities was the occasional shipment of agents of the Federal Police for brief visits. Despite the Ministry of Defense claiming that it had successfully complied with the imposed requests, the indigenous people perceive this decision as unfulfilled, but legally, the governmental institution has complied with the judicial mandate.

How is it that the government is apparently taking effective action, and yet there seems to be no end to this conflict? The most uncomplicated answer is commercial and political burdens.

State Government headquarters act as there is pressure imposed through the law to do so. But several conditions prevent this action from being effective in halting the conflict between the aboriginals and the illegal miners. The distances involved in military missions, considering Yanomami Land is almost 3,900 sqm, and the low personnel employed in these missions prevent the Palimiu's safety from being guaranteed. Moreover, as Kopenawa expressed, there is an added difficulty of a lack of transport and aviation that further inhibits help being provided.

There are also economic pressures involved. According to the Articulation of the Indigenous Peoples of Brazil, the State promotes the greed of agricultural businesses, mining companies, and international investment funds, thus, incentivizing the advance of invaders and criminals such as these illegal miners. There is no concrete proof of this incentive. It is true, nevertheless, that Bolsonaro’s government has promised to legalize the mining of gold in the Amazonian region through Bill 191/2021.

Brutality against the indigenous people and police forces persists. The crisis in its totality is highly complex, bearing that it comprises a range of uncertain variables. Therefore, assessing culpability becomes increasingly challenging. It is questionable whether solely pointing at one culprit is even possible.