Drugs have long been an issue in America. It's time we alter the status quo. 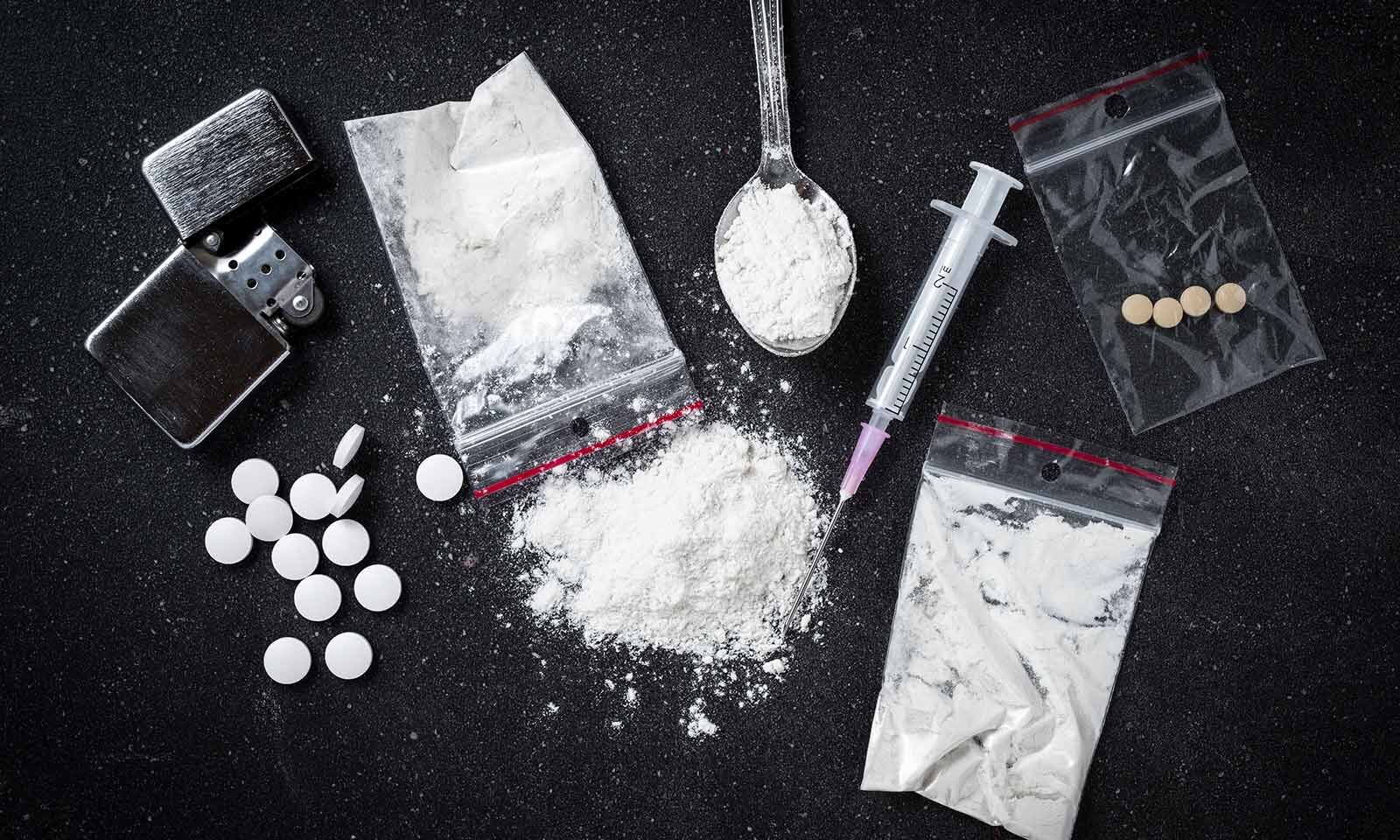 For as long as they’ve been prevalent in America, drugs have often been condemned by the collective sight of society. Although it’s to be expected that fear runs rampant when something so new — yet destructive — is first introduced to a group of people, one would think that after so long, a concern like drug usage would be well-understood and properly addressed by politicians. Alas, the USA is far from deserving of a pat on the back for its drug policies — an issue that poses immense implications for the better health of the public.

After a consistent history of treating drugs and their users as an enemy, it’s time that we flip this narrative. It’s time we decriminalize drug use.

Before this situation is further analyzed, an important distinction must be drawn: “decriminalization” doesn’t bear the same weight as “legalization.” As for the latter, to legalize something means to make something that was previously illegal permissible by law, thus making it so that law enforcement can’t punish someone for committing a certain action. However,  the notion of decriminalizing something (in this case, drug use) means that the relevant activity is not going to be treated as a criminal offense. For the sake of the argument at hand, decriminalizing drugs would entail that someone who uses drugs won’t face prosecution for an offense, but they may be subjected to some kind of legal intervention.

With that being said, drugs in America have long been subject to harsh treatment. Most notably in the country’s history is the renowned War on Drugs that began in the 1970s and 80s. It was in this era under the presidencies of Richard Nixon and Ronald Reagan that drugs were thrown into the spotlight of the public eye. The concept itself was first seen when then-president Richard Nixon stated in June of 1971 during a press conference that “public enemy number one, in the United States, is drug abuse.” It was this moment that sparked a newfound trend of demonizing regard towards drug use.

Appropriately following the proclamation of “public enemy number one”, Richard Nixon would go on to act on his words by increasing funding towards efforts that targeted drug regulation as well as its enforcement, such as with the formation of the Drug Enforcement Administration (DEA) in 1973. Moreover, to put into perspective the extremity with which drug policies have been approached, a study from UPENN’s Leonard Davis Institute of Health Economics confirms that a total of $1 trillion has been spent on drug enforcement policies since 1971.

While President Nixon spurred the War On Drugs, the initiative found itself reaching its true heights under the regime of Ronald Reagan. It was during his presidency that drugs in America were to enter the limelight. The country began to face a new kind of epidemic: the crack epidemic.

Upon being introduced to the USA, crack cocaine began to spread across the nation at an alarming rate. Crack was very easy, as well as inexpensive, to produce. Between its high potency in small amounts and its feasibility, cocaine became havoc on those affected by it, particularly low-income citizens. On top of that, consuming the drug itself left users’ brains in an addictive state of mind due to the immediate high and sensation it brought about, doing nothing but leaving people wanting to come back for more. Consequently, America would see a total increase of 1.6 million crack users from 1982-85 alone.

While all this was going on, Ronald Reagan and his administration were idly watching by and would go on to weaponize such problems as a means to garner support for and justify new policies and actions meant to curb drug use. By fear-mongering the public into buying into the villainous nature of cocaine, Reagan would be able to pass many new acts that aggressively targeted said drug and those who possessed/used it without much opposition. Among these new legislations was the introduction of mandatory minimums in 1986, which would force a court into giving a drug offender at least a certain minimum conviction, regardless of circumstance or trial.

Another measure taken under Reagan was the Anti-Drug Abuse Act (ADAA) in 1986, which funneled $1.7 billion in funding towards procedures intended to criminalize and combat rising drug use. As the bill reads, the ADAA was meant to “strengthen Federal efforts to promote international drug law enforcement cooperation, to improve enforcement of U.S. drug laws and to enhance interdiction efforts, to provide leadership in developing drug abuse prevention programs, and to expand Federal support for drug treatment programs.”

With all these new practices being implemented, America would find itself facing growing prison populations as incarceration rates skyrocketed as a result of a greater emphasis on drugs and its perceived criminality. With rising rates of drug use came rising rates of imprisonment. As seen in data from The Hamilton Project, America’s incarceration rate was less than 400 convicts per 100,000 people upon the establishment of the ADAA. However, that number would rise to about 500 convicts per 100,000 in 1990.

Even today, these measures remain excruciatingly high as the US’s incarceration rate reigns supreme worldwide. America has 639 prisoners for every 100K people with El Salvador placing second with 566. Additionally, while imprisonment in America has failed to improve, so have the drug problems that cause them. Despite all the efforts during the War on Drugs aimed to deter drug use, the status quo appears to have little distinction from the past as these problems remain. To contextualize this, CDC data from early March of this year will tell you that there have been 841K drug overdose deaths since 1999 — suggestive of failed results from the War on Drugs. Furthermore, in 2019 alone, there were about 70K deaths — a number that would find itself increasing considerably as the following year would culminate in over 93K drug overdose deaths.

As these prominent concerns blaze on, it doesn’t help that the American government continues with this trend of antagonizing drugs. While softer drugs like cannabis can be treated in various ways from state to state, many hard drugs — such as heroin — are felonies on the federal level. Although it’d seem reasonable to make drugs illegal as a means to discourage one’s desire to acquire and utilize them, simply throwing people in prison for having even the most minuscule amounts ultimately neglects the more pressing need of rehabilitation and nursery.

While the US preserves felonious treatment of drugs and those that use them, other countries have tackled these issues with many different strategies. As of now, over 25 different countries have decriminalized drugs in some fashion with Argentina, Costa Rica, Germany, Italy, and Portugal being a few names. With that being said, by using real-life examples of nations that have decriminalized drugs, it becomes much easier to picture the efficacy of such practices and why America must follow suit.

To do this, we can set our sights on Portugal: a country that has fully embraced the concept of “decriminalization.”

While the country once possessed laws reminiscent of those in America, since 2001, Portugal has undergone massive reform. What was once a US-esque style that initially resulted in a large prison population is now a much “softer” approach to drugs. Although drug dealers themselves are still punishable by law, those found in possession of any amount of any drug deemed not enough to last someone more than 10 days are neither imprisoned nor prosecuted. Instead, they are given the means to seek rehabilitation to cope with any issues pertaining to their drug possession and usage. Rather than being considered criminals, those found with drugs are given referrals to treatments and services that can prove all the more successful than harsh punishment.

It’s this kind of health-oriented attitude that has been monumental in the improvement of Portugal's health status. In diverting the focus towards healthcare, Portuguese citizens have much better accessibility to proper remedies for addictions and other drug-induced health concerns. For example, in 2006, Portugal's annual number of drug overdose deaths had plummeted from 400 to 290. On top of that, from 2008-2017, Portugal placed second-lowest in all of Europe (second behind Romania) in drug deaths per million people with merely 4.

With all this in consideration, it’s evident that such processes are the solution to tackling drug problems in a situation as appalling as America’s. It should be in everyone’s interest that leaders set their eyes to Portugal as a model for their own drug policies.

However, although drug issues cease to disappear, there’s much to be optimistic about. In fact, Oregon has become the first US state to take inspiration from Portugal and adopt its own drug decriminalization laws. After citizens voted to pass Measure 110 in last year’s election, Oregon took up new laws (taken into effect in February) that would fine drug users $100 while also shifting resources from law enforcement to funding more dynamic solutions, such as addiction support and recovery. By using the state’s marijuana tax revenue, Oregon will be able to take the first steps and hopefully usher in a new era, where drugs and their victims are viewed as a health issue as opposed to being regarded as deplorable criminals.

As such, there’s much to be gained from the decriminalization of drugs and it’s critical our leaders make the proper choices. As we see in Portugal’s example, accessibility to rehabilitation is paramount to an addict’s recuperation. Unfortunately, America’s choice to toss these people into prisons means that they face dangerous environments that are likely to exacerbate their already-pressing worries. Consequently, once they’re released, these people have no safety nets to fall back on, and a majority of them may continue to succumb to their destructive habits. On top of that, they face a society that not only stigmatizes drugs and addiction but also lacks the sympathy to offer a hand.

Fitting enough, that’s an adequate segway into another major factor that makes drug decriminalization all the more necessary. As mentioned previously, American society has long stigmatized those that use drugs by portraying them as dangerous criminals. More often than not, many parents even point to drug addicts as a model to their kids as someone who’s failed and what not to be like.

Of course, in no way was that a way to encourage drug use, but it’s a testament to the hostile outlook society has towards drug users. As Lauren Villa (an MPH graduate writing for the American Addiction Centers) describes it, “The concept of stigma describes the powerful, negative perceptions commonly associated with substance abuse and addiction. Stigma has the potential to negatively affect a person’s self-esteem, damage relationships with loved ones, and prevent those suffering from addiction from accessing treatment.”

This looming fear of ill-treatment from loved ones as a result of your drug history has been a significant reason why so many addicts fail to receive necessary care out of fear of judgment. As a matter of fact, in 2016, 1 in 7 Americans were determined to develop a substance use disorder at some point. Yet, even then, only 1 in 10 people would receive treatment for it. By decriminalizing drugs, people can begin to realize that addicts are real people, too, and are deserving of help.

Granted, not every single case involves fear and stigma affecting one’s ability/choice to find help. Regardless, the statistic itself is indicative of the inaccessible nature of American healthcare and, particularly, substance treatment options — yet another reason why there must be a diversion of resources and focus from law enforcement towards rehabilitative care.

If no action is taken, then tens upon thousands of incarcerated drug addicts in America will continue to face harsh treatment in conditions that do nothing but inflame their struggles. Alas, the criminalization of drugs has failed miserably in properly deterring people from using narcotics, and it also fails in providing productive solutions to improve the status quo.

As radical of a change, it may seem from what America currently is, decriminalizing drugs is imperative to proper improvement.