Evaluating the Last Two Weeks of the Trump Presidency

Trump is gone, but is right-wing extremism here to stay? 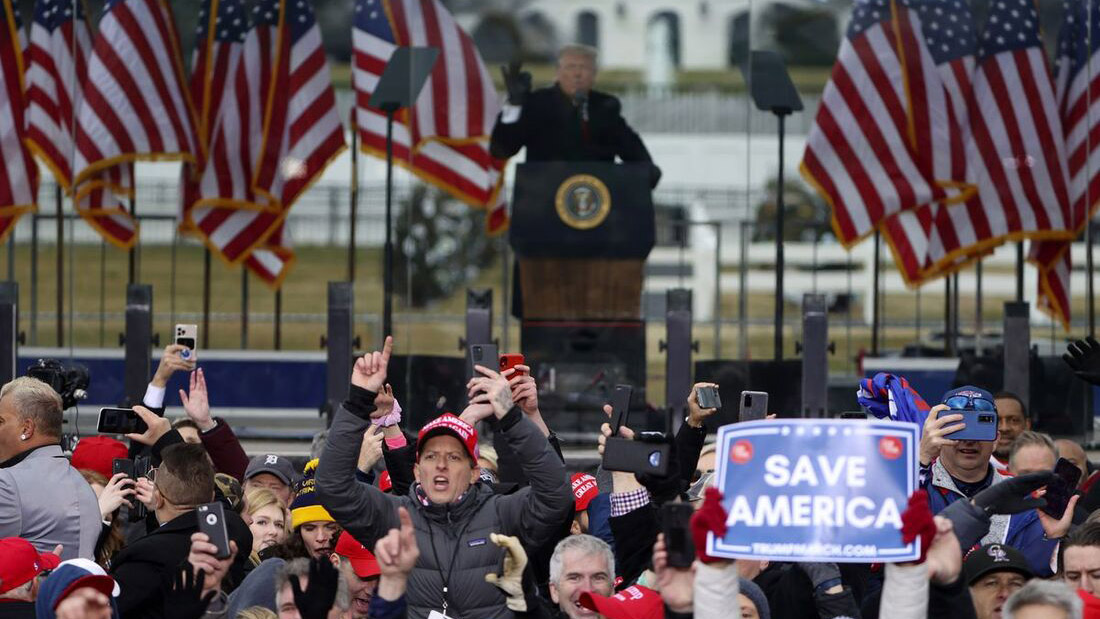 In the wake of President Trump inciting his supporters to break into and seize control of the Capitol, Democrats universally united around impeachment as a way to remove the awesome power of the American presidency from a very dangerous man. The underlying message of impeachment and removal was that there was a chance that Trump would cause a catastrophic event in his remaining two weeks in office. Fourteen days have passed uneventfully between 1/6 and Biden’s inauguration. The worst fears of liberals have not materialized, and we have to ask ourselves: Were we overreacting to the danger of Trump’s remaining days in office?

There is no doubt that Trump’s actions in office have increased the odds of Americans and future generations dying. He withdrew from the Iran nuclear deal and called Kim Jong Un “rocket man” on a “suicide mission,” which greatly increased the chance of nuclear war. Trump took the Republican party line on climate change and abandoned any hope of reaching the Paris Climate agreement guidelines. Although Trump did not birth right-wing extremism, he “is a symptom AND he’s making it worse”(Maggie Koerth, FiveThirtyEight). The result of any one of these issues causing a major loss of life is small or far in the future, but the Trump effect causes all of these small odds to increase substantially. So just because nothing truly horrific (outside of the normalized drip of deaths due to the Coronavirus) happened in the past fourteen days, that might mean that we narrowly dodged a bullet.

Watching the coverage of the Capitol attack, I furiously began typing and opening new documents — this moment felt important and devastating.  Indeed, the situation could have been much worse — new information reveals that the rioters, who chanted “Hang Mike Pence” and constructed gallows, narrowly missed encountering the Vice President. A single officer led a mob away from the unprotected Senate doors, which still held many Senators. Without several things going right, we could have easily seen the deaths or injuries of many lawmakers. A group of rioters managed to drag an officer away from his comrades, surrounded him, and proceeded to beat him relentlessly with stolen riot shields, flag poles, and hockey sticks. Bystanders dangled their feet over the Capitol balcony and enjoyed the spectacle. Just another day at the Colosseum — instead of one man against a lion, there were fifteen battering an isolated officer.

Even if no one had died (one officer and four protesters have and countless more were wounded), the attack struck directly at our conception of America — the invisible machinations of politics manifested physically. Rule of law and justice was subverted by a small number of angry white people: some wealthy and afraid of losing their privilege, others working-class and upset by their economic situation.

The condemnations rolled in swiftly. And it was in this environment that the Democratic party decided to impeach Donald Trump for the second time. In her statement, Nancy Pelosi says, “He must go. He is a clear and present danger to the country that we all love.” Currently, 86.8% of Democrats and 52.8% of the country support impeachment, numbers that are similar to the first impeachment which failed largely on party lines.

However, after January 6th, something strange happened: Trump disappeared from the news. Part of this was forced since Facebook and Twitter decided to ban him, which has been successful in depressing the spread of election fraud misinformation. However, not only did he not generate waves online, but he did nearly nothing of note in his capacity as president. The news cycle was sucked away by condemning the attacks, impeachment, and Biden’s inauguration.

I think that Nancy Pelosi is right when she said, “the President of the United States incited this insurrection, this armed rebellion, against our common country.” An insurrection and a rebellion are rough synonyms, meaning “an act of violence or open resistance to an established government.” However, Trump has done this before and was not impeached for it. The most striking example is when he tweeted “LIBERATE MICHIGAN” and heavily armed militia members occupied the State Capitol. Later, a plot to kidnap Michigan Governor Gretchen Whitmer was unveiled and at least two of the protesters at the State Capitol were involved.

The language that we use has to be precise because we need to be able to convey meaning without “giving an appearance of solidity to pure wind”(George Orwell). We could see the real-time evolution of language on CNN: as the day dragged on, Trump’s supporters went from “protesters” to “rioters” to “domestic terrorists” and “insurrectionists.” That isn’t necessarily a problem, since the characterization of actors should change with their actions, but we should keep in mind that words have power.

I think that we overestimated the probability of a similar event occurring in the two weeks before Biden was inaugurated. The successful entry of the capitol was also a failure of law enforcement that was quickly remedied by sending in a small army of heavily armed troops. After Trump’s megaphone was taken away and close allies condemned the violence, although not completely abandoning him, his fun was over and the possibility for future violence evaporated. Other existential risks that Trump could have triggered, most notably war or a nuclear crisis, were a possibility if he used the remaining days of the presidency to lash out in a nihilistic rage. But he chose not to. Of course, even small chances of really horrible things happening should be taken seriously.

The military preparations for Joe Biden’s inauguration drew comparisons to a war zone. However, the festivities went off without any security threats as far-right extremists decided to stay home. Although State Capitols also prepared for violence, the Michigan State House saw one measly protester, who left to go skiing. The lack of violence suggests that the deciding factor is not whether Donald Trump is president but how large of an audience he can reach. As soon as his main form of communication was taken away, right-wing extremists gave up plans to protest on inauguration day. The peaceful inauguration day recalls the peaceful election day, where worries about political violence were overblown.

I don’t think that we should be reassured at the broad condemnations issued by most Republicans. Nearly 20% of Americans and close to half of Republicans say that they support the rioters. As long as Trump can direct and encourage this small but significant portion of the population, the threat of political violence looms, which brings up vital debates about free speech and the elimination of Parler. A very small, fanatical portion of the population stormed the Capitol and all it takes is one person to inflict a huge amount of violence. 20% of Americans will not seek to harm their fellow citizens, but just 1% of that 20% is enough to cause major damage.

So what will happen to the threat of right-wing violence now that Trump has left office? After Trump enlisted the Proud Boys to “stand back and stand by,” they have turned on him in recent days for relinquishing the presidency. The irony of militia groups’ descent into lawlessness is that they often view themselves as auxiliary cops who promote “Law and Order” within their communities. With Trump and Republican lawmakers’ implicit and explicit approval, they could maintain their cognitive dissonance and justify illegal, chaotic actions as fighting against an unjust Deep State.

Most of the blame rests with the Republican leaders like Kevin McCarthy, Mike Pence, Mitch McConnell, and Donald Trump, who spread or did not fight the lie that Democrats stole the election. Trump’s bases’ entire informational ecosystem was turned upside down. If I believed that Joe Biden had won in a landslide but that Trump had stolen the election using Russian interference, voter suppression, and tampering with Dominion voting machines, then I would protest at the Capitol. And if a group of people broke into the Capitol, I might follow them in, believing that I was doing the right thing to save democracy. But after 1/6, the Republican will to lie and demonize Democrats may be drying up.

Everything depends on Donald Trump. How long will his social media ban last? Will he fade into the background, unwilling in 2024 to pursue the job that he never seemed to have any interest in? Will he become a Republican power broker and militia idol for the coming decades? Will he create his own party, causing further challenges for Republicans? All we do know is that impeachment or the end of the Trump administration alone will not stop a large segment of Americans from worshipping, loving, and believing in him.