An investigation into the themes of class and gender 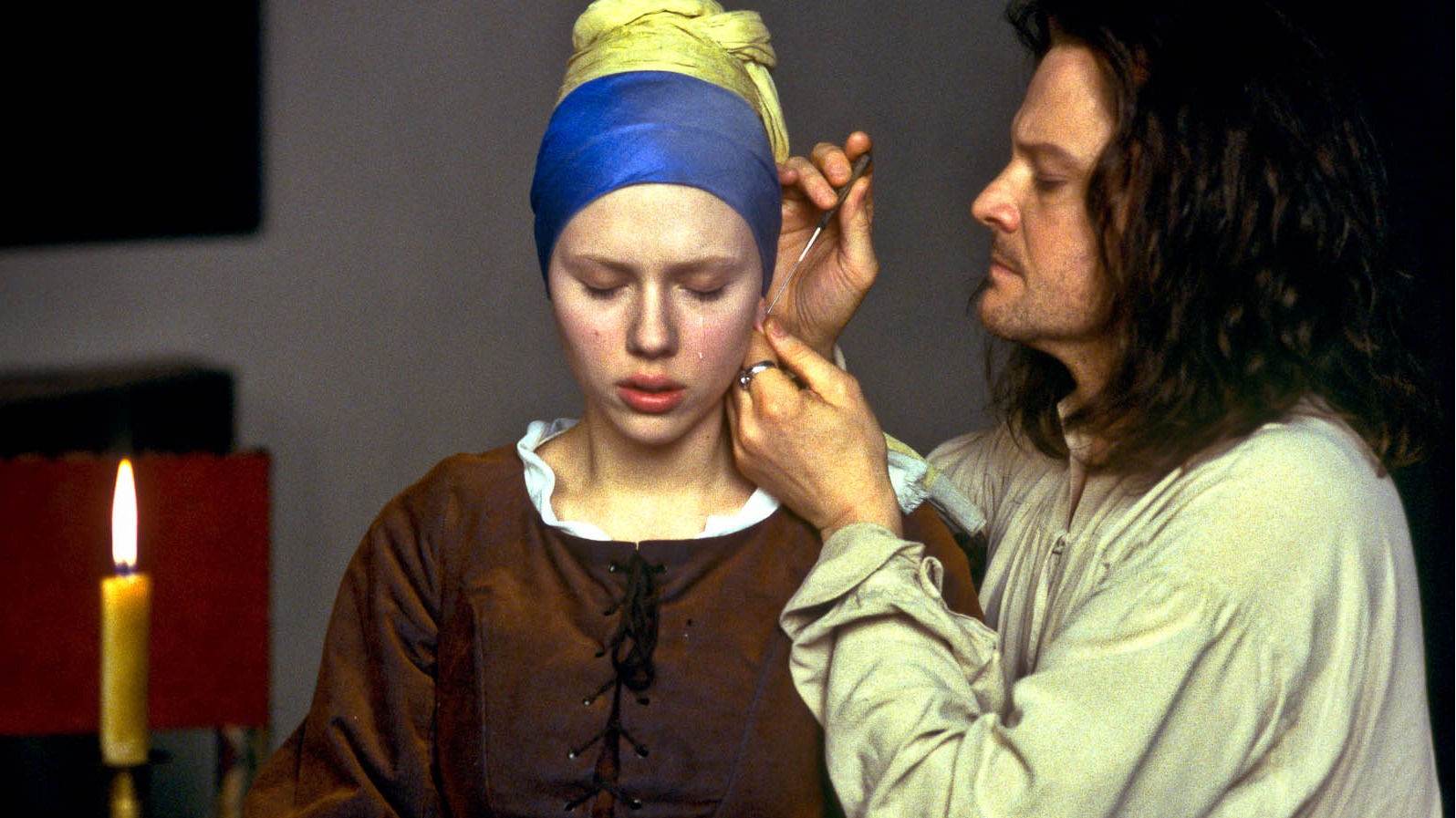 In his movie, “Girl With a Pearl Earring”, Paul Webber portrays differences in class and gender and their resulting power dynamics, demonstrating how oftentimes the ones in positions of power will take advantage of lesser privileged people. The movie is set in Holland in the 17th century and follows the journey of a maid, Griet, who works for the famous artist Vermeer and his family. From the beginning of the movie, it is evident that Griet is not wealthy, as she has to take up work as a maid to provide for her family back home. Similar to the other maids, her clothing is simplistic and dull: she adorns herself from head to toe in modest, gray, and white adornments. Her style noticeably contrasts with her employer’s dress: Catharina, Vermeer’s wife, often wears colorful dresses and jewelry, and unlike Griet, has her hair fancily styled and leaves her head uncovered. While Catharina and her family live in wealth, Griet is poorly treated and struggles with her working and living conditions. For example, Catharina’s daughter Cornelia decides to spread dirt over sheets which Griet had freshly laundered. When Griet slaps her, Cornelia invades her personal space and breaks her valuable tile which she received from her father as a gift. Here, she takes advantage of Griet’s lower status in the household since she realizes her maid will not be able to further discipline her. Even though Cornelia is only a child, her position within her wealthy family gives her power over Griet, which she chooses to act upon to exploit her maid. Furthermore, Cornelia herself mistreats her maid and constantly reminds Griet of her inferior status in the household. When Griet first meets Cornelia, she tries to graciously bow and greet her, but Cornelia tells her to get back to work and not speak unless spoken to, demonstrating her power over her lower class employee. Griet’s mistreatment over the course of the film only intensifies as Cornelia becomes more and more jealous of her working with Vermeer. Though Vermeer is kind to her at times, he too uses his power over her, both as a wealthy person and an artist. One instance of this power imbalance is evident when a wealthy man named Van Ruijven requests a painting of her. Vermeer agrees and completes the painting, but in doing so, he takes advantage of Griet as his maid. Though she is hesitant to do so, Vermeer forces her to let down her hair and wear pearl earrings while posing with her mouth slightly agape. By painting her in this manner against her will, Vermeer exercises his power over her as a wealthy artist and transforms her identity in order to complete a commission. While Vermeer reaped the financial rewards, Griet was unwillingly portrayed as an immodest, higher class woman, showing how he exploited her body and reputation. All in all, wealth unfairly places individuals into positions of power while lack of wealth provides a gateway for abuse and exploitation of lower class individuals.

Additionally, Webber, in highlighting traditional gender roles and examining the power dynamic between the sexes, reveals that women are often only seen as an object of desire by men, thus giving them an inferior status and allowing them to be controlled. Griet’s beauty is a major focal point of the film: though she dresses and acts in a very modest manner, she has multiple suitors who are interested in her. One of the clearest examples of this power dynamic comes when Vermeer invites Van Ruijven over for dinner so they can talk about a subject for Vermeer’s next work. In the middle of dinner, Van Ruijven aggressively grabs Griet around the waist as she attempts to serve him, forcing her to drop the plate which she had been holding. Van Ruijven then asks if he can “have her”, and though Vermeer declines this proposition, he agrees to paint a portrait of her. From this interaction, it is evident that Van Ruijven is in a position of power over Griet. The way that he handles her and asks if he can “have her” suggests that he only sees her as a desirable object. Though Vermeer declines to give her to him, Van Ruijven still commissions an individual portrait of her so he can gaze at her beautiful body whenever he wants, thus further objectifying her. Later in the film, Van Ruijven acts upon his lustful impulses and tries to rape Griet when he sees her doing laundry alone. Van Ruijven believes that because he paid for a painting of her, he somehow has ownership over her and deserves to have access to her body. It is clear that he has no regard for her wellbeing and sees her as inferior to himself, and he utilizes his powerful position in an attempt to take advantage of her sexually. Griet is not the only person trapped, defined, and exploited by her position as a woman in this film. Even Cornelia, an educated, rich woman, is not above these traditional gender roles. Throughout the film, Cornelia tries to catch Vermeer’s attention and seduce him, but when he is continuously unresponsive, it frustrates her. Her anger finally boils over when she sees Vermeer’s portrait of Griet and hysterically asks why he does not paint her. Even though Cornelia is an extremely wealthy and educated woman for her time, she is not able to escape traditional gender roles. She does not see her value outside of pleasing her husband, and when she realizes that she is not seen as something to be desired, she is devastated. In conclusion, Cornelia and Griet’s experiences illustrate that women were often objectified and their value came from their ability to please men, showing their inferior status and potential to be exploited.

In summary, Webber provides a lens into the 1600s in which power dynamics were created through differences in class and gender. Those put in positions of power often abuse their power for their exclusive gain, whether it be for economic reasons, their reputation, or personal desire. Additionally, this film provides a critique for both the art world and as society as a whole. Even though there is little known about the real backstory behind Vermeer’s painting, Webber suggests that this work was created through the exploitation of a lower class maid. It shows that beautiful works created by famous artists may mask the corruption and exploitation present in the making of the art and in western society as a whole. Though civilization has progressed in many ways since the time the film was set in, many of the same power dynamics still exist today, both in the art world and in society. In America, the massive class divide ensures that there is not equal opportunity for all, and women are often excluded both from the art world and positions of power in society. Overall, “Girl With a Pearl Earring” provides insight into the possible corruption, classism, and sexism behind a famous work of art, and while these issues may seem to be a remnant of the past, perhaps this film was meant as a critique of the present.