Food Insecurity in the Nation of Rwanda

How should Rwanda and the world progress? 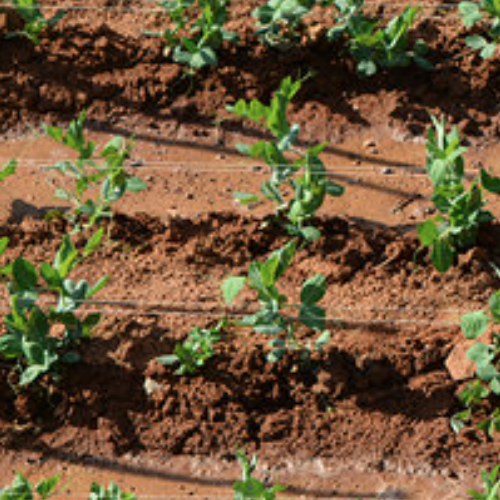 The continent of Africa has had its fair share of problems over the years. As one of the poorest continents due to the colonialism of the modern world, Africa is severely behind in terms of economic development and advancement. When wealthy European powers exploited the nations of Africa for their vast resources during the Scramble for Africa in the late 19th century, it left a gaping hole in their economic development, as they were forced to rely solely on imports since most of their natural resources were stripped from them (Michalopoulos 2012).

These issues rippled throughout the 20th century, affecting countless African nations over the years. Rwanda is one of those nations. Plagued with economic cessation, civil dispute, unjust government, and ethnic contention, Rwanda has been one of the most severely impacted nations by the events of the 19th-20th centuries, which is increasingly evident today.

The meager nation of Rwanda sits east of the African Great Lakes. Bordered by the Democratic Republic of the Congo, Tanzania, and Uganda, Rwanda is home to breathtaking scenery and natural wonders (Lemarchand 2020). It is known for its vast rugged terrain (coined by the French as “the land of a thousand hills”) as well as volcanoes and swept valleys. With rich soil, a mild tropical climate, and heavy rains throughout the year, Rwanda is also home to a wide spectrum of plant and animal life.

With a population of approximately 12.6 million and an area of 26,338 square km (10,170 square mi) (Plecher 2018), Rwanda also remains the second most densely populated African nation in the world (as of 2015), with a whopping 820 people per square mile (Advameg 2018). Rwanda’s population is largely rural (83%) compared to its urban population (17%), making it one of the most rural areas in the world (Factbook 2020). It is extremely dependent on agriculture, with over 70% of the population engaged in farming. Agriculture provides 33% of the nation’s GDP (about $4.6 billion), with beans, bananas, corn, potatoes, tea, and coffee as the main exports (Lemarchand 2020).

A typical family farm in Rwanda is about 1 hectare. This is a little below the average farm size in some places like Congo, but larger than other areas such as Tanzania and Uganda. Rwanda’s government is a republic consisting of an elected president. Its government is also a bicameral structure, consisting of a Senate and a Chamber of Deputies. Rwanda is also very ethnically diverse, with the 3 major groups being the Hutu (84% of population), Tutsi (15%), and Twa (1%) (Misachi 2017).

A typical Rwandan family consists of 5-6 people, usually a husband, wife (can be one or more), and children (Advameg 2019). Most commonly, the houses in Rwanda are hive-shaped structures made of mud brick and poles, and topped with straw or iron roofing (Borgen 2019). Unlike some other countries with intricate cuisine, the diet of Rwandans is very laid-back. Typical diets are made from local ingredients, such as corn, beans, and potatoes, to produce simple meals, which are often boiled (Advameg 2019).

Most people in Rwanda will find themselves working in agriculture. It dominates over 70% of the population in terms of occupation. This includes tending to the fields and cultivating the various crops. Those not engaged in agriculture are usually involved in finance, trade, mining, education, or tourism. The average annual salary is about $23,000 (in USD). Most families in Rwanda do have access to education in healthcare. Surprisingly, access to education and healthcare is much higher in Rwanda than African countries. The government provides free education for nine years, and the widespread healthcare system, along with advancements in medicine, have greatly reduced the mortality rate of children by over 70% (Borgen 2019). Though it is widely available, education and healthcare are quite expensive through fees, so in reality, few actually end up using them.

A great portion of the population does not have access to clean water and electricity in Rwanda. Electricity, telephones, and indoor plumbing are luxuries that only the wealthy can afford to have. Unfortunately, the leaves out almost 90% of the entire population, making them a commodity that few can enjoy. As for water, 25-26% of the population does not have clean water. In some cases, women have to travel miles to a local stream for water, which exposes them to diseases (Borgen 2019). Unfortunately, in such an underdeveloped country, the things we take for granted are often unavailable to most people.

No country in history has faced such a period of disarray as Rwanda. Following World War I, Belgium was given authority over the country. They implemented a system based on ethnic differences that did not coincide with the ethnic disparity of Rwanda. The minority Tutsi were given western-style education and were favored over the majority Hutus, causing resentment (Reed 2020). In 1959, a Hutu rebellion occurred, resulting in the deaths of 20,000 Tutsis. Finally, the spark lit in 1994 when the Rwandan and Burundi presidents were assassinated by moderate Hutu extremists who wished to create a political vacuum (Reed 2020). For the next 100 days, over 800,000 Rwandans were slaughtered as extremists stormed the country and massacred every Tutsi in sight (Beauchamp 2014). The repercussions of the

genocide were unfathomable. Almost all the land used for agriculture and harvests was either burned or destroyed, leading to a decrease in GDP by over 58% (Moodley 2020). The loss of land meant a scarcity in farms and a drop in crop production. Rwanda was on the brink of economic collapse. To accommodate, mass deforestation occurred to clear more land, however this only made things worse as it destroyed the ecosystem (Moodley 2020).

Progress has been slow over the last decade. Land degradation and harsh soil erosion have led to failed attempts at agriculture. Crop yield dropped by 60%, which is frightening considering that Rwanda’s exports/economy solely rely on agriculture. Additionally, political unrest continues today as Hutu extremists continue to wreak havoc and political exploitation spreads (Moodley 2020). Though Rwanda is slowly healing, the wounds caused by the conflicts in the 20th century continue to fester.

Immediately following the genocide, the relief organization World Vision provided aid to those seeking refuge or displacement (Reed 2020). It also created programs to combat the spread of infectious disease and improve sanitation among Rwandans. In the early 2000s, Rwanda also joined the East African Community, granted by the World Bank and Intl. Monetary Fund, to facilitate trade and boost the economy (Reed 2020). In 2008, a new Poverty Reduction Support operation was enacted to improve the agricultural sector, bringing effective planning and funding to boost agriculture. Other organizations, like USAID, World Food Programme, and Food for the Hungry have begun initiatives to increase food security and provide aid (Borgen 2019).

Though much has been done to help Rwanda, there is still much that needs to happen to end food insecurity in Rwanda. For one thing, the relief efforts need to spread to benefit everyone. Currently, 39% of Rwanda’s population still lives below the poverty line, relying on as little as $1.90 a day. (Reed 2020). One solution is for relief organizations to travel to each sector within Rwanda and aid those most in need. Some sectors are worse than others, so rather than simply aiding all, groups should target those that need it the most.

To aid in agriculture, new techniques should be introduced. Terrace farming, a popular method in east Asia, should be implemented, along with the introduction of new fast-growing crops. A boost in agriculture would not only fuel the economy and Rwanda’s exports, but would allow more people to rise out of poverty. Additionally, the Hutus and Tutsi must come to agreement. The unrest caused by their dispute must not continue. A possible solution would be to create a council where both Hutus and Tutsi are represented, and come into peaceful terms and end an era of conflict.

Overall, Rwanda has been plagued with economic cessation, civil dispute, unjust government, and ethnic contention. Faced with a terrible genocide and a crippling economy, more efforts need to be done to aid Rwanda. The economy must be bolstered and the political stagnation must end. To combat food insecurity, new methods of agriculture, as well as the joint relief efforts of the United States and African countries, must be implemented and expanded if Rwanda is to ever fully recover.

[12] “FAO.org.” Rwanda at a Glance | FAO in Rwanda | Food and Agriculture Organization of the United Nations, www.fao.org/rwanda/our-office-in-rwanda/rwanda-at-a-glance/en/.