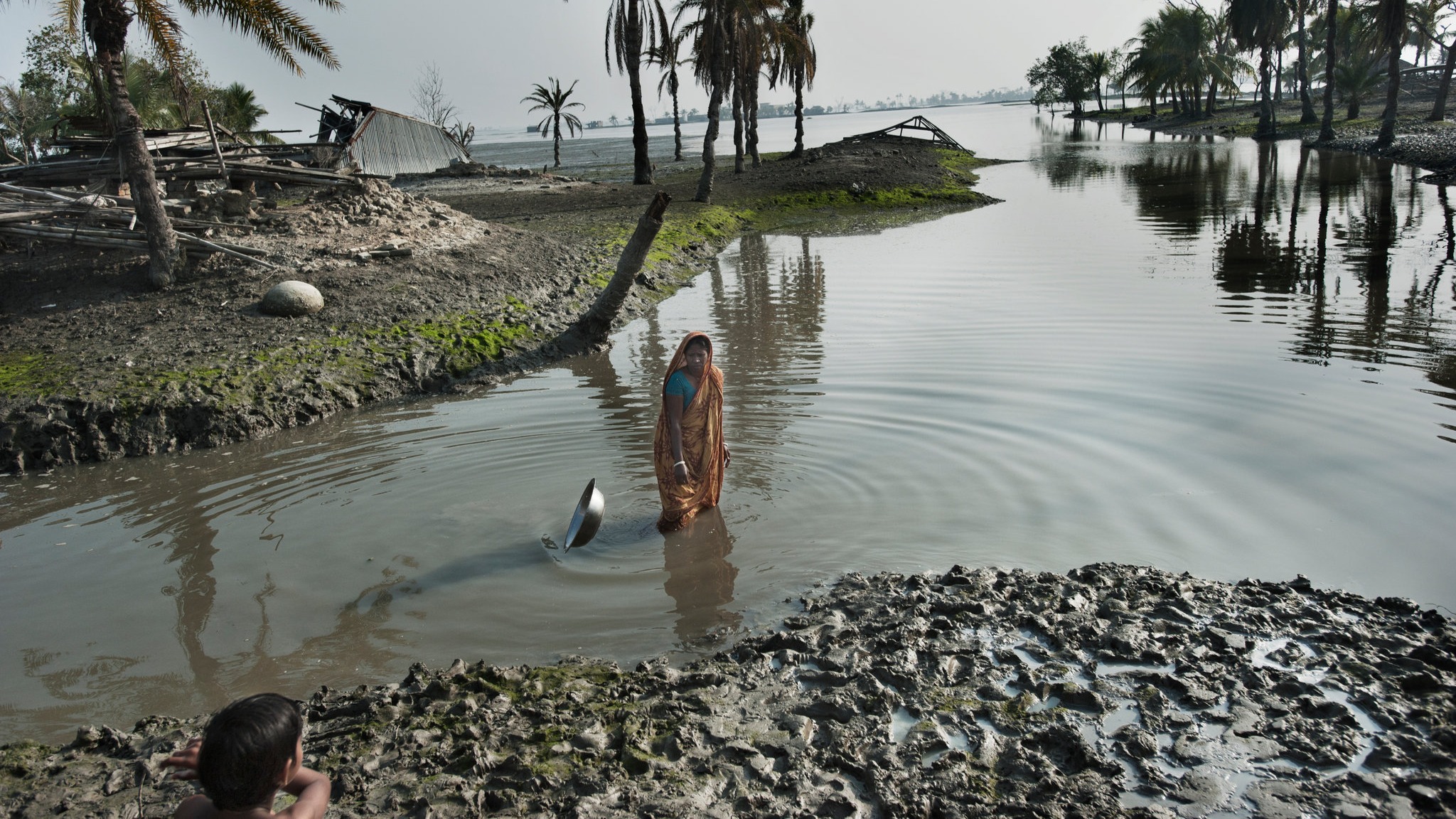 Climate change is real. The effects are noticeable. Ice is breaking up and melting, glaciers are shrinking, trees are flowering sooner than ever, and the range of ecosystems is shifting. Disasters are becoming more and more widespread and unfavourable. And some regions are being affected particularly badly relative to others. Let us take a look at how climate change has affected the coastal regions of Bangladesh, a densely populated country that is already suffering from an assortment of problems.

Bangladesh has a relatively flat topography, with mountains only in the Eastern and  Southeastern regions, that barely block any disasters whatsoever. The highest average land in the mountainous region may reach 100 metres, but the average land is just 10 metres above sea level; and in Southern parts, this lowers to almost flat. So, the implications of sea-level rise have direct consequences. The sea level rise in the Indian Ocean is relatively more than the average globally. Also, the area is subjected to gigantic streams of rain and storms during the monsoon season, which further inundates vast parts of the land, and drives water thousands of miles inland. This water not only causes property damage, but hundreds of acres of agricultural land is also destroyed. More than 70% of Bangladeshi citizens depend on agriculture for their livelihood; agriculture, being the lifeline of the country, is extremely important for the economy. Flash floods and land inundation not only submerge valuable land undersea, but the fertility of usable lands is also destroyed.

Agricultural and Infrastructure loss due to Rising Sea levels in the Coastal District of Chittagong, Bangladesh.

A Culture on Move

Bangladesh is a densely populated country. More than 180 million people live in this country whose size is a bit larger than Florida. And low literacy rates still plagues the country. So, most Bangladeshis engage in farming and other unofficial sectors rather than white-collar jobs. With the flooding of agricultural lands, hordes of people are forced to flock inland. Every day, more than 2,000 people arrive at the capital city Dhaka; this number more than doubles in the rainy season, with about 4,000 people arriving each day. Overpopulation causes many problems, from lack of sanitation to increased price of commodities. And one can’t really envy the lifestyle these climate migrants are forced to adopt. In the cities where they are forced to migrate, they often cannot find work to sustain themselves. They are bound to live in slums at the outskirts of the city, where the situation is not better than a refugee camp.

The Eventuality of Climate Change

Climate change is not something that will only affect one country. It will eventually affect every country. The only question is when. But, it is still a matter of great sadness that many people outright deny climate change, whilst world leaders put a deaf ear to it. The countries who emit the most carbon might not be the immediate victims of climate change, but nature always has a way of reorganizing itself, even if it causes mass-extinction.