How Should Uzbekistan Solve Its Water Crisis?

This desert nation's water crisis is important for its diplomatic ties with surrounding nations. 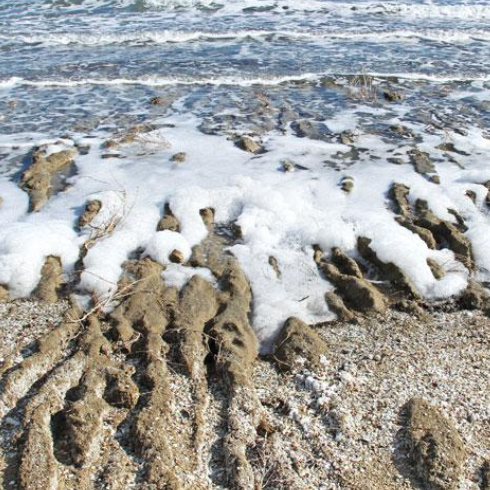 Lying between the Syr Darya and the Amu Darya rivers, Uzbekistan rests in the heart of a forgotten region. Accounting for ½ of all Central Asian inhabitants and with a relatively youthful population, Uzbekistan may seem like a land of potential (Caspian Report, 2019). However, the politics, economics, and history of Uzbekistan are just as obscure as its Central Asian neighbors. Uzbekistan has always been caught between the glory days of the Silk Road cities of Samarkand and Bukhara and the dark era under Soviet rule, but now Uzbekistan must emerge from isolation and find its place in a modern world with competing nations vying for spheres of influence in Central Asia.

Amidst Russian and Chinese interference, paired with always testy relations with its neighbors Tajikistan and Kyrgyzstan, water scarcity is probably not on the top of President Mirziyoyev’s list of priorities. However, there is a reason for concern. The Fergana Valley, the most populous region and the agriculture base of Uzbekistan, is virtually detached from the rest of the state, lying in an isolated eastern region (Kreutzmann, 2016). Recent environmental and political events have magnified the importance of water security in the Fergana Valley. The situation could soon be dire because if Fergana collapses, so does Uzbekistan.

Uzbekistan is a double landlocked country meaning not only is Uzbekistan landlocked, but all its neighbors are landlocked as well (Imamova, 2019). Therefore, the prosperity of Uzbekistan is determined by the prosperity of the Central Asian region at large. The Soviet Union, unfortunately, understood this fact three decades ago when they exploited the region for their political gain. The Soviets devised arbitrary borders specifically to prevent Central Asia from becoming a powerful region. They devised the Uzbek border so that transportation from the agricultural center of the Fergana Valley to the Uzbek political capital of Tashkent had to go through neighboring Tajikistan (Caspian Report, 2019). The result of this has been constant ethnic strife between the Uzbeks and the Tajiks due to land, water, and agricultural disputes (Pannier, 2020).

With 26% of the working Uzbek population involved with agriculture, many Uzbek families are involved with the cultivation of fruits, vegetables, and perhaps most importantly, cotton (“Uzbekistan-Agricultural,” 2019). Uzbekistan one of the world’s leading cotton producers, but the reliance on this “white gold” (especially during the Soviet era where Uzbekistan was virtually a “cotton colony”) has always interfered with the cultivation of foodstuffs which poses a serious threat to food security (Putz, 2016).

The average monthly income in Tashkent is $270 (Sotz, 2021) and the mean household size is around five members with most being involved in agriculture or the textile industry (Asadov & Li, 2013). By GDP per capita, Uzbekistan is ranked 125th out of 191 (“GDP,” 2021). 30% of the population in Uzbekistan live below the food poverty line, and income inequality remains a significant problem (“Food Security,” 2010). Millions of Uzbek men have migrated and are currently living in Russia as migrant workers to attain more economic opportunities (Godwin, 2020). From a social perspective, Uzbekistan is home to a diverse religious population. Although most of the population are Sunni Muslims, there remains a large population of secularists (Caspian Report, 2019). Women’s rights have drastically improved very recently due to President Mirziyoyev’s initiative to improve gender equality. In fact, the number of women in the national assembly has doubled since he took office in 2016 (Kaylan, 2020).

During the Soviet era, major water shortages in Central Asia caused Central Asian leaders to propose a plan—Kyrgyzstan and Tajikistan would provide water to Kazakhstan, Turkmenistan, and Uzbekistan in the summer if they were provided oil and gas in return in the winter. This plan fell through the cracks once the Soviet Union collapsed in 1991, leaving Uzbekistan and the rest of Central Asia with water insecurity (Caspian Report, 2019).

Further complicating matters, Tajikistan (east of Uzbekistan) had forged ahead with the construction of the Rogun Dam on the Vakhsh River (Stronski, 2016). The dam interfered with irrigation to Uzbek cotton crops, causing former Uzbek president Islam Karimov to threaten war against the Tajiks. Although Mirziyoyev has patched up Uzbek-Tajik water relations recently, this is just one of many examples of the impact of water scarcity and its impact on political strife. Water disputes are still a possibility in the future especially given that transportation through Tajikistan is vital for Uzbeks to transport goods between the Fergana Valley and Tashkent.

Perhaps the most important water scarcity issue that threatens Uzbekistan is the fact that farmers in the Fergana Valley heavily rely on the Syr Darya river for irrigation from the Aral Sea in the West to the Fergana Valley in the East. Although the Fergana Valley is the most fertile region in Central Asia, regional irrigation systems have proven to be ineffective and inefficient making irrigation from the Aral Sea necessary. Over the years, the Aral Sea, once one of the largest lakes in the world, has been shrinking due to over-irrigation. This has caused the rapid salinization of the sea which has not only devastated biodiversity but also caused salt and dust storms harming public health (“Aral Sea,” 2010). With the population in the Fergana Valley expected to increase by 40% (Caspian Report, 2019) and given the current trajectory of the shrinking of the Aral Sea, a water crisis is inevitable unless drastic measures are taken. Some progress has been made with the C5+1, a coalition of the United States and five Central Asian countries, in dealing with water security issues, but more radical steps must be pursued.

In 2016, Uzbek relations with its neighbors became even more precarious when Uzbekistan’s Sardoba Reservoir burst, killing and displacing many. The flood even reached Maktarral, Kazakhstan, damaging ten towns and forcing 5,000 people to evacuate. Kazakh officials, having been opposed to the construction of the reservoir from the beginning and having been told that the flood would not reach their country, were initially enraged, and they prepared a “note of protest.” Fortunately, President Mirziyoyev’s less abrasive methods of foreign policy in comparison to his predecessor served him well, and conflict was avoided (Pannier, 2020).

Mirziyoyev’s approach to water security and the political implications of water scarcity should be continued in the future. If the Aral Sea is to be saved and if irrigation is to be improved, Uzbekistan will have to maintain pleasant relations with and work with its neighbors especially given Uzbekistan’s location where it is bordered by all five other Central Asian states. This approach should be expanded upon in the C5+1 coalition. Uzbekistan should also avoid interference from Russia and China both of which will attempt to infringe on Uzbek sovereignty with their economic spheres of influence.

Furthermore, Uzbekistan should reintroduce the defunct oil for water exchange plan that was introduced decades ago during the Soviet era. This agreement will not only solve the water insecurity problem in Uzbekistan, but it will also strengthen the ties between the Central Asian nations. It will provide the economies of the poorer Central Asian countries (Tajikistan and Kyrgyzstan) with valuable resources (oil and gas) that they will need as their economies grow in the future.

Central Asia has always been a dry region, even before the depletion of the Aral Sea. Instead of practicing agriculture, Central Asians lived nomadic lives and pillaged local villages. In their golden age, they facilitated trade along the Silk Road. If agriculture did not bring riches to them then, why should it be successful now? Of course, it is impossible to drop agriculture altogether in Uzbekistan, but they should stop relying on cash crops like cotton to fuel their economy, especially given the current water scarcity of the region. If Uzbekistan were to focus on a different industry like the rapidly growing communications industry in Tashkent, it would be able to preserve the Aral Sea, avoid conflict with its neighbors, and maintain economic growth.

Caught between five landlocked countries in a neglected region of the world, Uzbekistan is an easy country to forget. However, during a time where Russia and China seek to expand their influence and in a globalizing economy, Uzbekistan should be given attention especially given that the fate of Uzbekistan will determine the fate of Central Asia as a whole. One of the principal issues facing Uzbekistan is water scarcity, an issue that has always plagued the region. Water scarcity is not only important for public well-being, but it is an influential factor for foreign relations in Uzbekistan. Perhaps the most pressing water-related issue is the depletion and salinization of the Aral Sea. To solve these problems, water-related or not, Uzbekistan must take a cooperative approach to its neighbors but a defensive approach against Russia and China. Furthermore, Uzbek officials should revisit water scarcity solutions of the past and focus their efforts on non-agricultural based industries. It is with these approaches that Uzbekistan can realize its great potential.
‍

Kreutzmann, H. (2016). From Upscaling to Rescaling: Transforming the Fergana Basin from

Tsarist Irrigation to Water Management for an Independent Uzbekistan. Springer.

Pannier, B. (2020, May 17). Signs of hope (And Conflict) on CENTRAL Asia's Borders. Retrieved February 5, 2021, from https://www.rferl.org/a/qishloq-ovozi-central-asian-borders-cooperation-conflict-uzbekistan-tajikistan-kyrgyzstan/30615663.html