An experimental novel that dispels myths about Asian men in Hollywood. 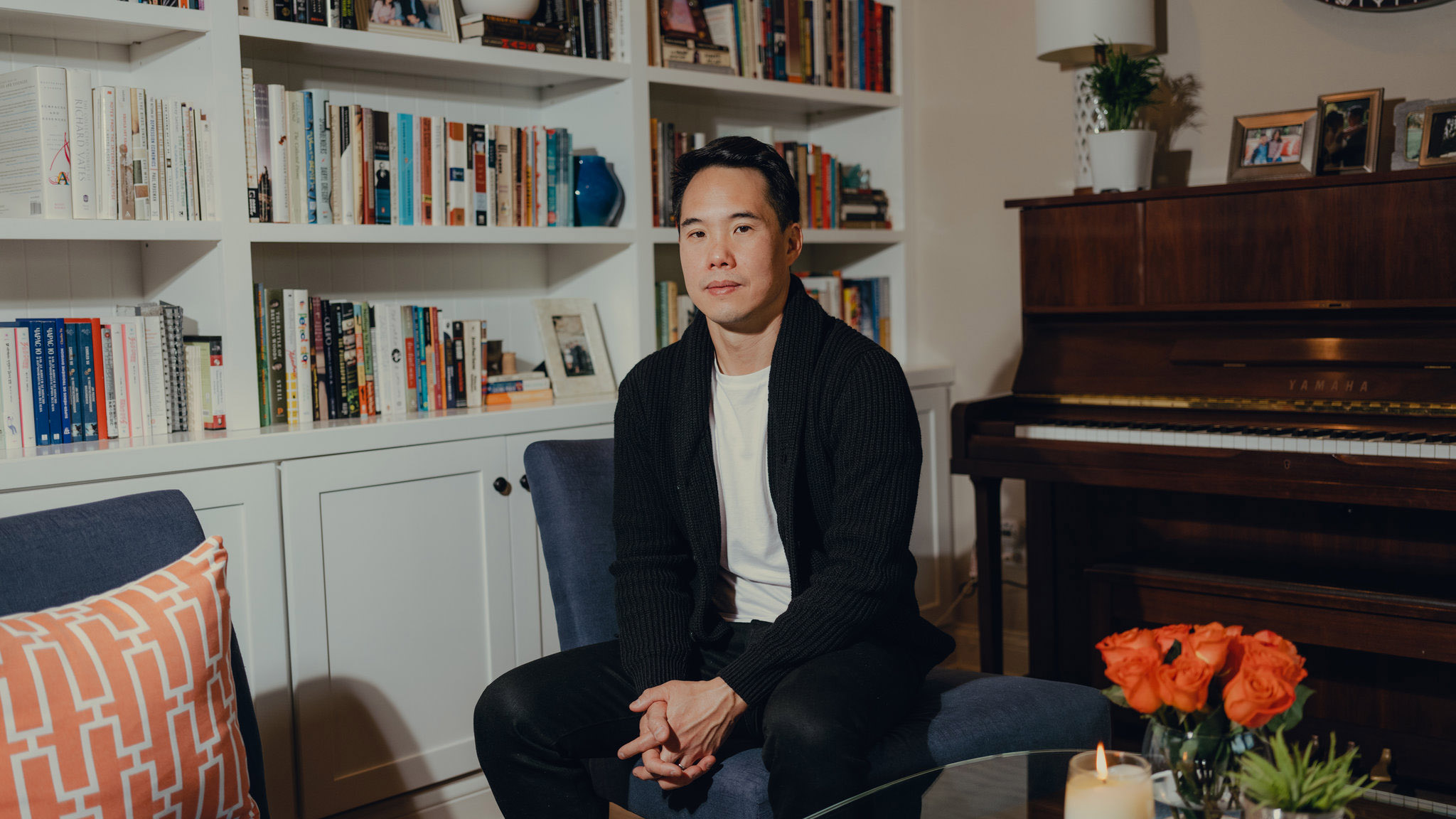 In Interior Chinatown, Charles Yu uses the unique delivery device of a TV script to explore the well-worn trope of Generic Asian Man in Hollywood and asks the reader, is there more to Asian-American men than their stereotypes? The novel grabs the reader from the very first page, with its clunky Courier font, headers for set locations, and acts instead of chapters. Interior Chinatown is very clearly a TV show script (Yu used to write for TV), and through that medium, we are introduced to our protagonist, Willis Wu.

Think back to the last time you saw an Asian man as a major character in a movie. Let me guess… Crazy Rich Asians! That movie was a breakthrough moment for Asians in Hollywood: it showcased the wide diversity of nationalities, personalities, and body-types within the Asian community. Around the release of Crazy Rich Asians, Asian men began to break into other roles, sometimes created by themselves, such as Aziz Ansari in Master of None, Kumail Nanjiani in The Big Sick, Andrew Hodge in Insecure, and Henry Golding in Last Christmas.

For many years, nearly all Asian main characters in Hollywood, to the extent that there were any, were Kung Fu Fighters like Bruce Lee, Jet Li, Jackie Chan. Anyone who wanted to break out of that specific role often lost out to white actors who donned yellow face, which is when an actor uses makeup and cosmetics to look Asian. In the 1920s, Anna May Wong, a silent film star, wanted to play a Chinese role but didn’t get the part because “producers wanted a white male actor for the Chinese lead, and anti-miscegenation laws prevented a nonwhite woman to be cast opposite a white man”(Washington Post). Indian director M. Night Shyamalan broke through with his movie The Sixth Sense and then proceeded to replace Aang, Katara, and Sokka with white actors in the Avatar: The Last Airbender live-action remake.

Sporadic successes for Asian casts throughout the years such as The Joy Luck Club, Killing Fields, The Wedding Banquet, and Mulan have led to this moment. Asian-Americans are hopeful that Crazy Rich Asians is a turning point for the industry, which will lead to more diverse representation in Hollywood.

Interior Chinatown shines a harsh light on the stereotypes that bind characters of all races, but specifically Asian men, and attempts to humanize Willis by showing that he is not a one-dimensional stereotype but contains multitudes.

In Interior Chinatown, reality is often confused and jumbled — it’s difficult to separate what happens in “real life” from what happens on the show within the show, a procedural cop show called Black and White. In addition, the characters within the cop show improvise and react, more described by the “script” than rigidly guided. The lack of clear boundaries of reality in the book causes the reader to question the bounds of our own reality.

Willis has always played a small part as an actor: Generic Asian Guy, Background Oriental Male, and all the other stereotypical parts that a show needs. Willis is window-dressing, an exotic spice that’s sprinkled in, but only in tiny amounts. If he’s lucky, he might play the part of “Guy Who Runs in and Gets Kicked in the Face” or someone who garners attention for a bit but is then cast aside.

In an amusing scene, Willis is discovered dead and the central characters, Detective Turner, a Black man, and Green, a white woman, are investigating. “Dead Asian Guy is Dead,” the script says, by way of introduction. When the officers find out that the dead man’s brother is missing, the “Black Dude Cop” says, “This might be a case of —”. The “White Lady Cop” springs the punchline: “The Wong guy”(37). The two main characters can’t help themselves and burst out laughing, asking the director for a retake. No further prose is given to Willis, who is presumably lying on the floor motionless. He is reduced to the butt of the joke, with no autonomy of even a reaction because he is dead and must stay in character.

Willis does not dream of becoming one of the main characters — his dream is to be “Kung Fu Guy.” Kung Fu Guy is the highest attainable level for Generic Asian Man: with the part comes an opportunity to be the center of attention and dazzle the ground with legendary kicks and punches — at least for a scene. Even when Willis rises to the level of “Special Guest Star,” he is killed off after one episode in the limelight and has to wait forty-five days until the audience forgets he’s ever existed and he can become un-dead (129).

Willis is humanized in his interactions with his family. Both his dad and his brother shared the same dream of becoming “Kung Fu Guy,” but no matter how good they were, they eventually failed. Now that Willis’ dad is old and filled with regrets, he wants his son to not have to put on an accent and fit himself into a box to play a bit part. While the men in the family have endlessly strived towards one goal, Willis’ mother tells him there is a different path. She tells him not to be “Kung Fu Guy,” but to “Be more”(56).

Even the main characters in Black and White are sharply limited, defined by their role and all the stereotypes associated with it. Willis eventually recognizes this in himself: “fetishizing Black people and their coolness. Romanticizing White women”(246). In the show, Detective Turner and Green simply become “Black and White.”

Eventually, Willis falls in love — a rare occurrence for “Generic Asian Man” which goes back to early stereotypes of Asian men as “sexless or sex-crazed”(NYT), but in either case, unattractive. However, his single-minded pursuit of being “Kung Fu Guy” ruins his relationship. His wife and young daughter move away. After more than a year of being “a few days away,” Willis finally achieves his dreams and becomes “Kung Fu Guy” but comes to a sudden realization: “Doing well is the trap. A different kind, but still a trap”(180). The greatest possible achievement for every Asian man in Hollywood is still a stereotype. The part will never fit because it’s designed to encompass any “Generic Asian Man,” not the individual.

Willis abandons Black and White to join his daughter on her kids’ show. He adapts to domestic life and discovers that he can be one of the stars. That too is just a role, a good role for Willis, but a role nonetheless. The final test is whether Willis can tear down the set and allow all the people in Interior Chinatown to simply be themselves.

Interior Chinatown is about a man trying to be more than his labels. Willis slowly discovers how to be in relation to the people he cares about, defined by his roles as a father, son, and brother, rather than “Asian Guy.” The unique way that Yu structures the novel will make you wonder whether we are all participating in a carefully scripted TV show, only able to struggle free from our constraints once we realize that they exist.