Is the New York Times a Monopoly?

Talented journalists flock to the times, other companies are in sharp decline. 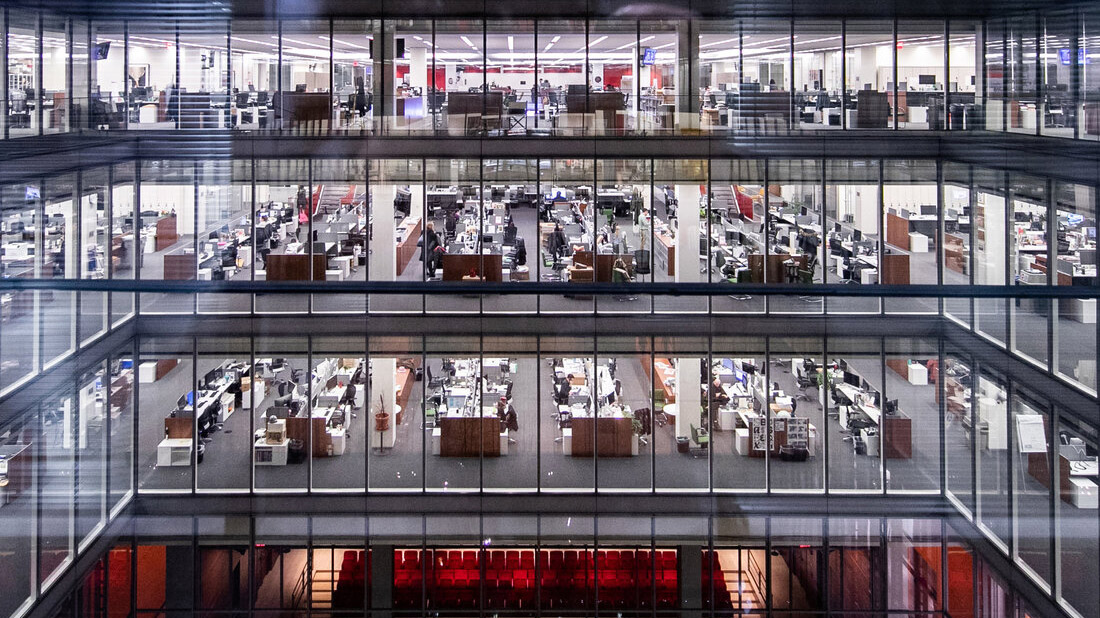 In the early 2010s, the post-mortems on the New York Times began. Tim Worstall of Forbes predicted death due to a lack of classified ads and subscription money as readers moved online. No one would pay for the Times’ newly instituted paywall, he said, “unless you’ve got some must-have information then a paywall isn’t going to work very well”(Forbes). In 2011, the New York Times instituted a paywall that cost at least $195 a year after 20 free articles. Worstall was right that people will not pay for a paywall unless there is essential information contained within — the New York Times just grew so large and hired so many high-quality journalists from other organizations that their app became a staple in liberal households.

There are a few reasons why you might pay a website to read their news. One possibility is the Substack business model: you pay around $5 a month to read a single author’s content, often received in a newsletter. Sounds like a pretty bad deal, right? Well, Substack exists like a fan service for people who love a certain author that has usually cultivated a celebrity online presence and can now capitalize. Another is if a publication is almost your entire news ecosystem, containing opinions, massive investigative journalism, life hacks, crossword puzzles, podcasts, and mundane on-the-ground reporting. That is the New York Times.

Coinciding with Ezra Klein’s departure from Vox was Matthew Yglesias and Glenn Greenwald’s move to Substack from the publications that they started. Both authors had broad name recognition and wanted more editorial independence. Both are doing quite well for themselves on the platform; Glenn Greenwald has tens of thousands of subscribers paying $5 a month and Matthew Yglesias has thousands of subscribers paying $8 a month. However, NYU journalism professor Meredith Broussard told NPR, “the Substack model works really well for some people who already have prestige and a following.” Similar to the many other examples that follow the Pareto distribution, a small number of writers own a large slice of the pie.

So are these the only two options? Maybe. Chris Hayes summed it up nicely when he tweeted, “What if there is literally no profitable model for digital news?” That was last year when several new media companies laid off 1,000 workers in an attempt to cut costs and stay afloat. Right now, it seems that the only companies able to turn a profit are ancient ones with enough money to spend big to adapt to digital life like The Washington Post, Wall Street Journal, The Atlantic, and New Yorker.

As politics becomes more polarized, people care more about the battles fought at the national level which the Times can cover very well. That results in the death of local newspapers, which are essential for keeping local officials accountable and delivering important local information, especially in small towns that might not get too much attention. One reason why Americans may not support their local newspapers as a civic obligation is that many people still believe that local newspapers are doing well, while the reality is that the pandemic exacerbated a free-fall that started with the Great Recession in 2008.

Ten years ago, hundreds of media companies exploded onto the scene in an attempt to capitalize on the shift to digital news. Now, most of them have shuttered or are comfortably below the major players. Emily Bell of the Guardian writes that “An aging audience of wealthy newspaper subscribers helped get the New York Times across the wobbly bridge to a digital world, where now, the same elderly subscribers have embraced digital subscriptions on their iPhones.”

The Times also has to reckon with the way that its rebound has largely coincided with the rise of Donald Trump, which was a blessing for the top players in the media. At the start of Trump’s candidacy, CBS Chairman Les Moonves said that his rise was “damn good for CBS.” Many liberals viewed reading the Times as an act of manifest resistance against the Trump presidency. Its coverage is true, professional, and center-left — the opposite of everything Trump. Over the past four years, the 24-hour news cycle generated endless content, often meaningless click-bait tweets or leaked insider information which revealed nothing new but that we still gobbled up hungrily.

After the New York Times poached Ben Smith, the editor in chief of Buzzfeed for nine years, he wrote his first Opinion column on how the company that just hired him was becoming a monopoly. Debates that once took place across many companies largely rest on the shoulders of a few powerful people at the New York Times. Ben Smith writes, “Because The Times now overshadows so much of the industry, the cultural and ideological battles that used to break out between news organizations — like whether to say that President Trump lied — now play out inside The Times.”

With liberals following the New York Times as religiously as conservatives watch Fox, the company has a weighty responsibility to provide objectivity and make the “right” decisions on what to publish and how. As Trump’s behavior has gotten more extreme, the newspaper has faced multiple challenges. This summer, the editor of the Opinion section, James Bennet, was fired after publishing a piece by Senator Tom Cotton arguing for sending the military to the streets in response to protests over racial justice. Meanwhile, a letter from the Taliban was published last February. After an editor tweeted that she had “chills” watching Biden’s plane land in D.C. for the inauguration, she was trolled by conservatives for being biased and then fired. The censoring of those on the right and the left are indicative of the tight-rope that the company must tread.

The size of the Times raises fears of monopolistic misuse: inferior products, no incentive to innovate, and price-fixing. Currently, those are not issues that consumers of the Times complain about because the company is not a monster relentlessly destroying other outlets — they are still providing high-quality journalism. However, as the most influential news company, the New York Times has an outsized effect on what ideas are acceptable or not. An astounding nearly 1 in 10 newspaper journalists in America work for the Times. Just as Congress is scared of power concentrated in a few tech companies, we should be cautious about the ability of a few powerful New York Times executives to dictate history.

Reflecting on the numerous powerful and influential journalists who have left prestigious positions to join the Times, Bell writes “From here the process will be one of perpetual change, but one led by the elite legacy institutions. The New York Times, in one sense, is a spectacular and hopeful success story. But in other ways, it reveals the disastrous state of the current media landscape. Connectivity has sorted society into the 1% and the rest. Winners taking it all are a feature, not a bug, of the current technocracy. If Smith, a far-sighted editor deeply invested in his staff and newsroom at BuzzFeed, could not see a sufficiently attractive path forward, then there probably isn’t one.”

As recently as 2015, the New York Times was on death’s doorstep which means that the landscape changes quickly and their stranglehold on the industry may be resolved naturally. The pandemic has made monopolies worse, and lawmakers should be prepared to break up or stop the mergers of companies seeking to monopolize. As citizens, we can do more to support our local newspapers. Just as Ben Franklin said that our government was “a Republic if you can keep it,” the news industry will be better for citizens as a democracy rather than a monarchy, even a benevolent one.