Exploring the ancient origins of psychedelics. 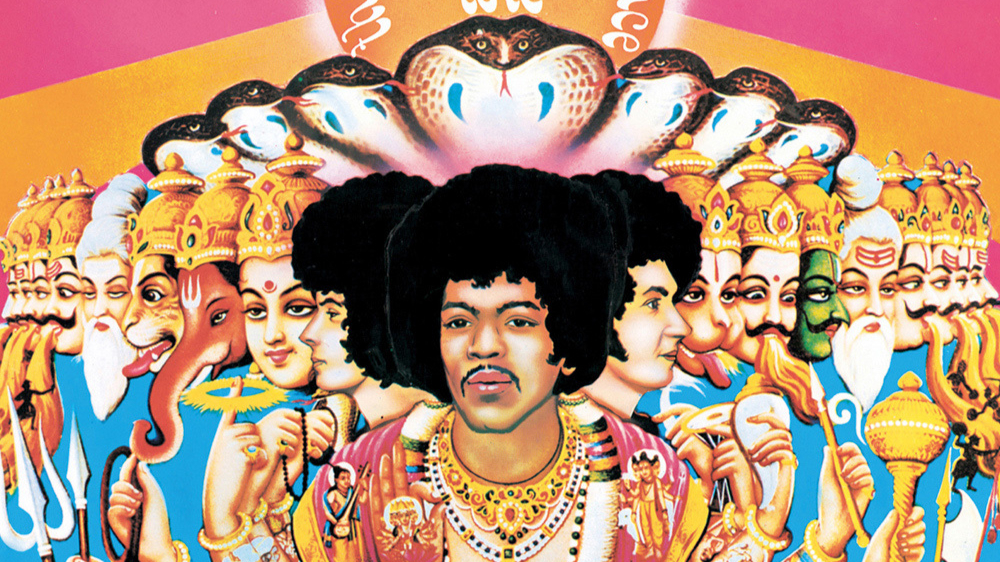 At the temple of Eleusis, the spiritual capital of the ancient world and located a short distance from Athens, pilgrims drank a special potion called the Kykeon that convinced them of their own immortality: we now know the potion was spiked with ergot, a natural fungus that can be synthesized into LSD. Today, new research is overcoming the stigma of the 1960s as scientists begin to discover new benefits of psychedelic therapy and researchers uncover new evidence of our ancient history with these drugs.

There are four main substances that make someone trip: acid, magic mushrooms, ayahuasca, and peyote. Each one contains a chemical compound that alters one’s state of consciousness and causes the trip. All four are naturally occurring, which means that ancient people could use these substances long before we had the technology to synthesize and concentrate them.

LSD comes from a fungus that grows on grains, which is how the Greeks made their LSD-beer. At Eleusis, some of the most prominent ancient thinkers such as Marcus Aurelius and Plato had transformative experiences. In addition, a discovery from an ancient pharmacy outside of Pompeii indicates that the Romans and possibly early Christians used hallucinogens. The church eventually suppressed these mystical sects, but there is evidence to suggest that some of the earliest communions consisted of psychedelics instead of alcohol.

Ever since LSD started being sold on the street in the 1960s, it’s been one of the most popular psychedelics, even after being outlawed along with the rest. The tiny amount needed to feel the effects, about two salt grains’ worth, allows for easy use and concealment. There have never been scientific studies on how exactly LSD interacts with the brain, but the current guess is that it works like serotonin, which is a chemical that works as a mood stabilizer and affects many parts of the body.

The regular use of magic mushrooms is likely even older than LSD and can be traced back to 9,000 BC by their appearance in North American rock paintings. Magic mushrooms are relatively common across the world and look similar to regular mushrooms. Their ubiquity resulted in indigenous people all over the world using them, but they are most plentiful in Mexico, with 55 different species. Each type was used for a different purpose in indigenous ceremonies.

Psilocybin is the natural metabolic byproduct of Tryptophan, which is an amino acid that all humans need in their system. The drug exerts its effect on the 5-HT2A receptor, which is a type of serotonin receptor, and causes an increase of 5-HT2AR in the brain. Although scientists do not know the exact mechanics, they’ve determined that the number of 5-HT2AR and the intensity of the trip are directly related.

Ayahuasca is a ropy vine found throughout South America. Indigenous people boil the Ayahuasca to create a milky mixture, which is drunk like tea. Similarly to psilocybin, the active ingredient in Ayahuasca, DMT, is a byproduct of Tryptophan. The enzyme INMT creates DMT by adding or subtracting a methyl group, a process commonly known as methylation. Surprisingly, DMT is a very common compound already found in humans and other animals. DMT works on the exact same receptors as psilocybin. Ingesting synthesized DMT creates effects which don’t last very long. However, the indigenous people of the Amazon discovered how to add a compound called Monoamine Oxidase to obstruct the metabolization of DMT and make the brew much more potent. It’s possible that this combination was discovered when indigenous people were looking for a way to force their children to vomit to get rid of illness.

Peyote is found in small cactuses in Mexico and Texas. It was used extensively by the indigenous people until the Spanish colonizers attempted to stamp it out. New archaeological evidence indicates that peyote may be five thousand years old. During peyote healing ceremonies, indigenous people take “the peyote and… their illness is supposed to be revealed to them so they may diagnose themselves.”

Researchers began synthesizing these compounds in the mid 20th century, and interest among psychologists and recreational users skyrocketed. In 1938, Albert Hoffman synthesized LSD while working on a project on ergot and then moved onto psilocybin in the late 1950s from magic mushrooms.

In 1960, Hoffman sent psychedelics to Harvard professor Dr. Timothy Leary who became a major psychedelic evangelist. For a brief span of fifteen years, more than 40,000 patients were experimented on and the research produced stunning results. During that time, only peyote was illegal, and the studies showed promise in treating alcoholism, depression, and other conditions.

The most famous research was the Harvard Psilocybin project conducted by Dr. Leary and Richard Alpert. In the Marsh Chapel experiment, 20 divinity students either took LSD or a placebo and then attended a religious service. All ten who had LSD reported a remarkable religious experience. Huston Smith, who had received the LSD dose, became one of the most influential religious scholars of his time and called the experience “the most powerful cosmic homecoming I have ever experienced.”

Once psychedelic research became more controversial, Dr. Leary and Alpert were fired and became counterculture icons. Dr. Leary coined the phrase “turn on, tune in, and drop out” and Nixon called him “the most dangerous man in America.” Alpert became the famous spiritual leader Ram Dass, who popularized Eastern religious practices combined with his unique flair.

As soon as Sandoz Industries began to mass-produce psychedelics for psychologists, the CIA became interested in potential uses for mind control and interrogations. Project MKUltra, whose name designates the highest level of secrecy, was an attempt to gain an edge in the Cold War amid suspicions that American prisoners of war were being brainwashed in Korea. Over 150 subjects at 80 colleges, prisons, and hospitals participated in the study — some unknowingly. Most of the experiments were conducted on the outcasts of society or the “people who could not fight back” according to a CIA officer.

A particularly horrifying operation used government-employed prostitutes to lure men into “brothels” where they were drugged with LSD and observed through one-way mirrors and recording devices. The operation was called, no joke, Midnight Climax. A pleased CIA agent wrote, “Where else could a red-blooded American boy lie, kill and cheat, steal, deceive, rape and pillage with the sanction and blessing of the All-Highest?”

The CIA hoped to discover ways to control anyone, even developing a plot to drug Fidel Castro. Such were the possibilities of psychedelics that MKUltra planned to create a truth drug, a memory-loss drug, a drug to promote or counteract alcohol, reverse or sustain the effects of illness, and more. The project only ended after psychedelics were found to be too unpredictable and any existence of the study was covered up for years.

Psychedelics had a huge impact on the counterculture cultural moment even after they were banned. The Grateful Dead, Jimi Hendrix, Pink Floyd, the Beatles, and many more musicians were inspired by using psychedelics to create their songs. Tom Wolfe wrote “The Electric Kool-Aid Acid Test” about Ken Kesey, a counterculture icon, and his followers taking acid together until Kesey is hunted down by the FBI for marijuana possession and sentenced to a work-camp in Oregon.

As psychedelics grew more widespread, cultural institutions such as the government, media, and some medical journals sought to discredit the drugs. Miranda DiPaolo writes in the PIT journal at UNC that “it’s clear how a group like the hippies became the subject of the moral panic in the sixties, and how LSD became the perfect means to foster this panic in the media”(PIT journal). In 1967, psychedelics were banned.

For the past sixty years, the four psychedelics have remained classified as DEA Schedule 1 controlled substances, which means that they are illegal under all circumstances and have no accepted medical usage. The claim that these drugs cannot help people in certain scenarios is not accurate according to new and old scientific research that we’ll explore in the next article of the Psychedelic Series. Recently, Oregon decriminalized psilocybin by a healthy 10% margin and replaced punishment with rehabilitation.

The banning of psychedelics is only part of the nonsensical and outdated American system of criminalizing drugs. Two cousin drugs exist, one more potent than the other: one is featured in an epic TV show about a high-school teacher becoming a cold-hearted meth kingpin, and the other is given to teenagers with ADHD (and a growing number without) to help them focus. In America, tobacco kills 480,000 a year, alcohol kills 88,000, and marijuana kills approximately zero a year. The first two are addictive, the last one arguably mildly so. Guess which one is in the same DEA category as heroin? Tobacco kills slightly less people than the coronavirus every single year! And yet we turn a blind eye as two Stanford graduates tell us that they’re helping adults break cigarette addictions with flavors like “Bubblegum” and put e-cigarettes in the hands of 27.5% of high schoolers.

I hope you learned something new about psychedelics today. Stay tuned for part two about current research on the effects of psychedelics.