Psychedelics Could Be The Miracle Cure

Extensive research shows the powerful benefits of the illegal drug. 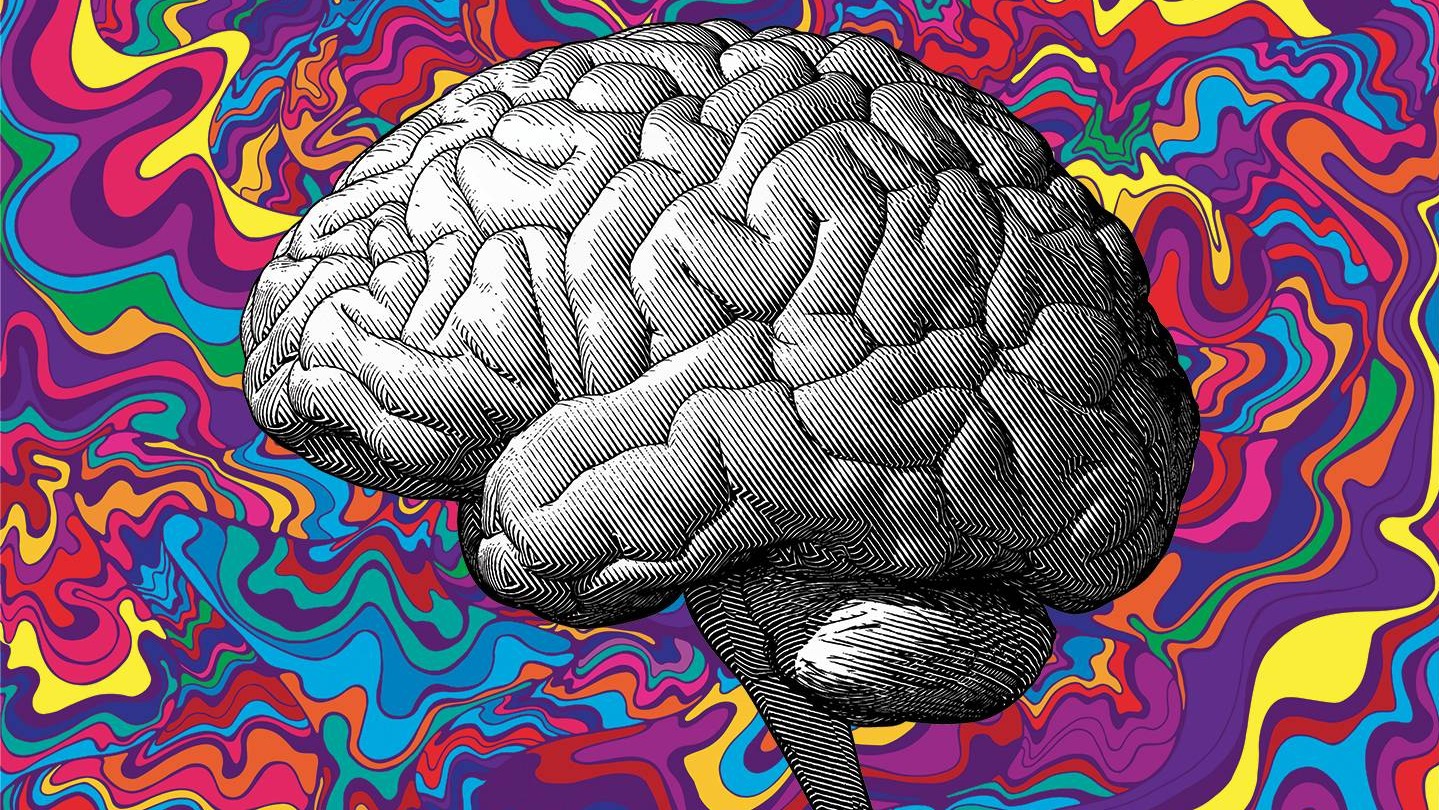 What if I told you there was a magical drug that could help your depression and anxiety and treat your addictions? I think you would say, “Sign me up!” This magic drug is not sleep, exercise, meditation, or even heroin. Instead of working on one’s mind every day for years, there are remarkable effects after just one or two sessions. There is one small problem: this class of drugs, known as psychedelics, is not very legal. Researchers have shown that psychedelics are capable of many psychological feats in the hands of capable therapists and today we’ll explore some of the most fascinating studies.

Our personality is supposed to be largely fixed after childhood. We are born with 50% of our traits fixed by the genes that we get from our ancestors and develop the other 50% from our upbringing (Nature vs. Nurture). However, new research shows that we can rapidly and predictably change our personality traits with psychedelics.

A common way to measure personality is through the Big Five personality traits, which assign a score to openness, conscientiousness, extraversion, agreeableness, and neuroticism (easy acronym is OCEAN). As we grow up there are slight changes to the traits. Conscientiousness increases most notably during our 20’s. Agreeableness continually progresses with age. Different personality traits affect various regions of our lives including our jobs and relationships. Low scores on conscientiousness correlate with artistic people. Agreeable people tend to pursue careers with social good. Openness is generally associated with artistic people (and doing drugs).

A recent study on twenty patients with treatment-resistant depression found that the Big Five personality traits were significantly changed after only two sessions of psilocybin. During both sessions, patients laid down, listened to music, and were encouraged by a therapist to introspect. On the standard scale of 0-100, neuroticism decreased by 5.7, while extraversion and openness increased by 6.5 and 4.9. The odds of those results being entirely due to chance are .2%, <.1%, and 1.2%, respectively. While none of the Big Five personality traits are “good” or “bad,” nearly all affect happiness positively or negatively (so basically there are “good” and “bad,” scientists just don’t want to overly antagonize neurotic people). The current happiness literature maintains that relationships are one of the most important factors; neuroticism hurts close relationships, while extroversion and openness correlates highly with social integration.

The hope is that if neuroticism decreases (possibly by artificial means such as psilocybin), the patient’s depression will improve. Other recent randomized studies find that “ psilocybin-assisted therapy was efficacious in producing large, rapid, and sustained antidepressant effects in patients with major depressive disorder”(JAMA Network). When used correctly, psychedelics could be the magic bullet against depression.

Recent studies by John Hopkins researchers at the premier psychedelic research center in America suggest that psychedelic therapy can help longtime smokers and alcoholics. In the first study, 343 participants with “seven years of problematic alcohol use” took LSD (38%) or psilocybin (36%) (Sage Pub). 72% of respondents met the requirements for severe alcohol use disorder before the study. After psychedelic therapy, only 17% could still be classified as having severe AUD.

In the second study, “15 study participants taking psilocybin achieved an 80 percent abstinence rate over six months, compared to an approximate 35 percent success rate for patients taking varenicline, which is widely considered to be the most effective smoking cessation drug”(Hopkins Medicine). The study isn’t as simple as popping psilocybin and watching the great effects appear. Participants undergo a 13-week course with four hours of cognitive-behavioral therapy.

Both studies caution that more research needs to be done to confirm the results, but the possibility that psychedelics could be the key to solving addictions is extraordinary. Currently, the studies have a very small sample size due to the experimental nature of psychedelic research, but researchers are hopeful that it will become less stigmatized and eventually receive funding from the government.

The feelings during a divine experience and while using psychedelics can be remarkably similar. In the ancient holy Hindu scripture, the Bhagavad Gita, when the protagonist, Arjuna, does not want to fight, the goddess Krishna shows him the entire cosmic universe with God as an explanation for why he must fight. “Arjuna then has an experience that sounds to modern readers like an LSD trip. He sees suns, gods, and infinite time. He is filled with amazement. His hair stands on end. He is disoriented and confused, unable to comprehend the wonders he is seeing”(The Happiness Hypothesis, 203). Many ancient religions including early Christians may have used drugs including psychedelics to achieve an altered consciousness.

Researchers stimulated a religious experience through the use of psychedelics in one of the most famous experiments in this field: the Marsh Chapel Experiment. For hundreds of years, native people have been using psychedelics for religious ceremonies. The Aztec word for magic mushrooms,  teonanácatl, means “flesh of the gods.” Psychedelics “are unmatched in their ability to induce massive alterations of perception and emotion that sometimes feel, even to secular users, like contact with divinity, and that cause people to feel afterwards that they’ve been transformed”(The Happiness Hypothesis, 201). Depending on the “set and setting” that the user is in, the brain can be primed for a certain experience.

In the Marsh Chapel Experiment, 20 divinity students were divided into two groups: ten received psilocybin (the active ingredient in shrooms), and ten received an active placebo (that would cause physiological changes mimicking the effects of psychedelics. The Harvard graduate student running the experiment, Walter Pahnke, wrote that the “atmosphere should be broadly comparable to that achieved by tribes who actually use natural psychedelic substances in religious ceremonies”(87, Drugs and Mysticism). Pahnake hoped to gain his subject’s trust to create a positive and safe environment. The experiment took place in a private chapel on Good Friday during a “two-and-one-half-hour religious service which consisted of organ music, four solos, readings, prayers, and personal meditation.” In other words, the whole shabang.

Pahnake defines a mystical experience (which may or may not be religious) as possessing four qualities: “(1) ineffability, or the feeling that the experience cannot be adequately expressed with words; (2) noetic quality, or the certainty that the knowledge gained as insight is true; (3) transiency, or the impermanence of the mystical state; (4) passivity, or the feeling that one is not acting, but, rather, being acted upon”(28). Recent research shows that psychedelics trigger these qualities even without mystical or religious priming.

After four-hour follow-up interviews, “the experimenter was left with the overwhelming impression that the experience had made a profound impact (especially in terms of religious feeling and thinking) on the lives of eight out of ten of the experimental subjects”(237). During the experiment, it wasn’t all positive, five of the psychedelic subjects believed they were “going crazy, dying, or were too weak for the ordeal”(21). These fears were eventually resolved and deepened the experience. The data indicated that despite the extraordinary nature of the experience, “the subjects felt that this experience enabled them to appreciate more deeply the meaning of their lives, to gain more depth and authenticity in normal living”(238).

Although the study was not replicable after the American government banned psychedelics, Richard Doblin conducted follow-up interviews with the subjects after 25 years had passed. According to Doblin, even after so much time had passed, “each of the psilocybin subjects felt that the experience had significantly affected his life in a positive way and expressed appreciation for having participated in the experiment”(14, Pahnke’s Good Friday Experiment). The one psychedelic subject with a negative experience had fled the chapel to announce the coming of the Messiah and had to be forcibly restrained. Although Doblin found some methodological issues in the experiment, he concluded that “the positive changes described by the psilocybin subjects at six months, which in some cases involved basic vocational and value choices and spiritual understandings, had persisted over time and in some cases had deepened”(23).

Psychedelics have immense potential for healing and self-improvement without the apocalyptic downsides that led the United States government to label them Public Enemy No. 1 in the 1960s. The research that the John Hopkins Psychedelic Research Unit and others have conducted is simply remarkable. Psychedelic research deserves to be destigmatized and prioritized.