Miguel Cardona will be better than Betsy DeVos. 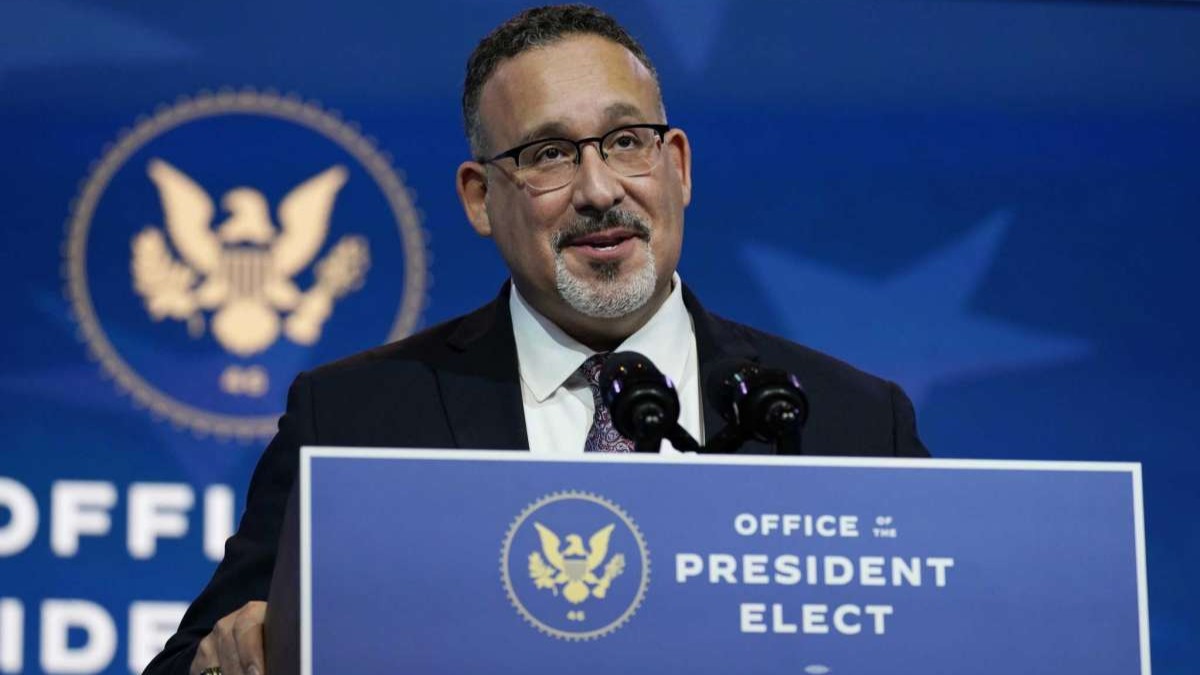 Born in Connecticut, Chief Cardona grew up in a Spanish-speaking household and, as a child, struggled to grasp things in an English-speaking environment. He later went on to earn a Bachelor and Masters in Science, but changed his path to education by obtaining a sixth year certification at UConn as a Doctor of Education.

As an advocate in the education department, he himself was a teacher and later was even promoted to being the youngest principal in the state for ten years. Cardona has also shown experience as the Vice Superintendent of Education in his hometown and a professor of education at the University of Connecticut’s Educational Leadership Department.

Miguel Cardona has paved the way for people of color, especially the Latino communities in education. In August 2019, he was the first Latino to ever be appointed as Commissioner of Education. And being nominated as a part of the most ethnically diverse administration in US history, Chief Cardona will inspire young Latinos.

Of course, the main questions are: what educational reforms would he be bringing under the Biden administration, and what are his qualifications? One of the main priorities Cardona has is college accessibility. We’ve known for a long time that a key part of Biden’s presidential campaign came with the promise of free community colleges to families whose income is below 125,000 dollars, a  progressive approach also supported by Chief Cardona, and hopefully will be instituted for the betterment of education.

As Cardona notes in an interview with the Connecticut Public Radio, education is a crucial basis for the economy and college accessibility is necessary for the country:

“While I have a pre-K-12 background, and that’s an area of passion for me, I recognize as a first-generation college student myself, the importance of higher education, and the importance of making it accessible,” Chief Cardona said.

It is a well known fact in the historical trends of American education that one third of high school graduates who are mostly marginalized groups aren’t able to attend college. Not to mention, due to COVID and quarantining, college inaccessibility has been exacerbated and 56% of students in college now say they are unable to afford college.

Another hopeful solution proposed by the administration and will be upheld by the secretary is a $10,000 student loan forgiveness. Miguel Cardona supports these causes and he is eager to prioritize the debt relief if confirmed for secretary.

In the United States, 54% of college students have average student loan debt of  over 37,500 dollars, totalling 1.68 trillion. This crisis is growing increasingly, outpacing the economy by six times.

For now, the primary focus is  reopening schools after quarantining while keeping students and staff safe. As we know, the coronavirus has certainly held back education and limited the curriculum for students. The sudden and messy switch to distance learning has left a gap in educational resources and help, with 163 million people at home without the internet to support online classes.

Similar to Biden’s views, Cardona promised solid, science-based guidelines for schools to follow unlike the former and irresponsible Trump campaign.

For now, we wait on the Senate to approve of the nomination of Cardona, and hope for a prosperous term for education.