How sushi developed over time and across cultures. 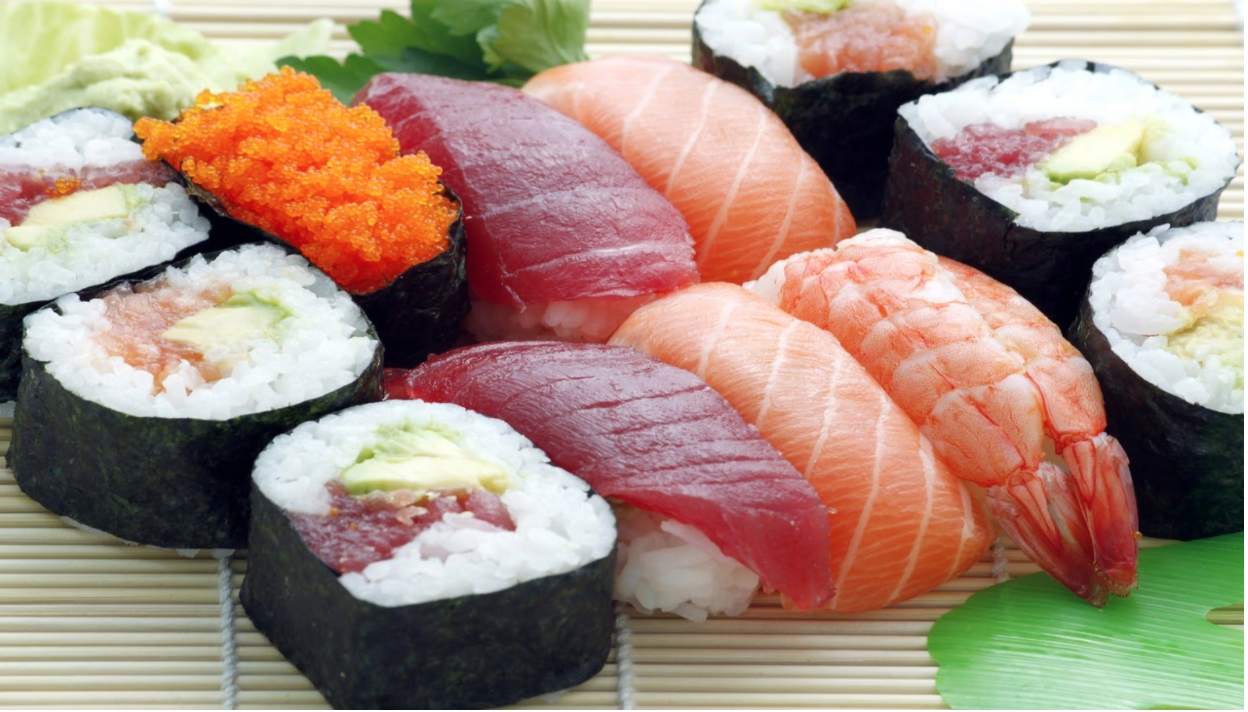 Beloved globally, sushi is an amalgamation of sticky rice and fresh seaweed cut through by a tangy salad. Or so one may think. The earliest form of sushi, a predecessor to the well-known Japanese sushi, is a dish known as narezushi. In Southern China, this prototypical narezushi is made by lacto-fermenting fish with salt and rice to control putrefaction. The dish is thought to have been cultivated during the Yayoi period (300 BC - 300 AD). Later, during the Muromachi period (1338 - 1573), the Japanese had naturally preferred to eat fish with rice thus evolving its form once again to be now known as namanare or namanari. These original stages of sushi only had pickled fish with salt and rice.

During the Edo period (1603 – 1868) advances to sushi were made, this third type was faster than the previous and became distinctly unique to Japanese culture. This haya-zushi or fast fish was assembled so that both rice and fish could be consumed at the same time with rice for the first time not being used for fermentation. Rice was now mixed with vinegar, with fish, vegetables, and dried food stuffing was added. This type of sushi continues to be very popular today with different Japanese regions still using unique local ingredients to this day, such as the fermented soybean sushi roll.

Until the 19th-century, sushi was a slow progression alongside many other traditional Japanese foods. That is until the development of boiled rice and rice vinegar. These developments also removed "half-made" assortments of sushi which were the result of its foul stench. Early day nigirizushi were not identical to today's varieties. The fish meat was marinated in soy sauce or vinegar or heavily salted so there was no need to dip it into soy sauce. Some fish was cooked before it was put onto sushi, this was partly out of necessity as there were no refrigerators. Each piece was also larger, almost the size of two pieces of today's sushi. Some key features of traditional sushi are its neutral yet tangy and sweet flavors. With some older variants having notable scents to them, which the modern-day consumer may not be too pleased with. Sushi overall is in fact a rather simplistic dish in its original form. Simply raw fish and rice.

With sushi's transition to America came the development and use of refrigeration. Sushi was already being served in the United States by the early 1900s, following an influx of Japanese immigration after the Meiji Restoration. The popularity of this Japanese dish grew exponentially as California widely accepted the dish and later spread it. It was served at Japanese-themed social gatherings across the United States soon after.

American kitchens in the modern day are constantly evolving by introducing new ingredients, preparation, and serving methods. Minor changes such as scent and size are already accounted for when making a transition to the U.S. Traditional nigiri sushi is still served throughout the U.S., but cut rolls wrapped in seaweed or soy paper have gained popularity in recent years. Other notable additions like mayonnaise, cream cheese, avocado, and chicken are constantly coming as well.

How do you eat your sushi?