The death of global health? 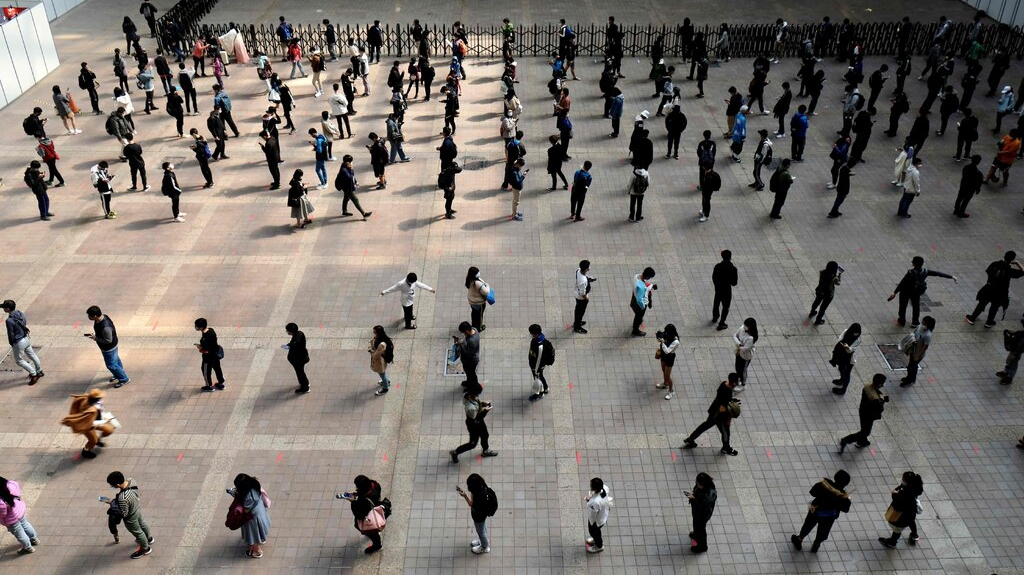 Ever since World War II, nearly all countries in the world have joined international organizations to coordinate responses to war, pandemics, and economic crises. The past year of dealing with a pandemic, by definition a global epidemic, necessitated strong leadership by the World Health Organization. However, the WHO failed to give accurate guidance on the Coronavirus, and one nation that is not a part of the organization, Taiwan, has achieved astounding success in combating the pandemic.

When Donald Trump announced his intention to withdraw from the WHO, he tweeted that “The W.H.O. really blew it. For some reason, funded largely by the United States, yet very China centric.” That isn’t entirely correct, because the WHO has been very US-centric for a long time. Since funding is more than 80% voluntary, powerful states like the U.S. and China who give large amounts of money can influence decision-making. But Trump’s comments echoed what many across the political spectrum were already thinking.

According to Kelley Lee, the author of the book The World Health Organization (WHO), “‘Why isn’t WHO sending in people into Wuhan?’ That was never its role. Its role was to do intelligence-gathering and then alert countries, and countries are the ones that act.” That can be problematic when the WHO must rely on fuzzy reports from opaque authoritarian countries like China.

Taiwan is not a member of the WHO because China refuses to recognize it as an independent state and instead designates it as a province of China. Because of China’s powerful position, since 2016 they have been able to unilaterally block Taiwan from even sitting in on meetings despite U.S. opposition. In an interview with journalist Yvonne Hong, the WHO assistant director-general, Bruce Aylward refused to answer questions about Taiwan and eventually hung up.

So how has Taiwan suffered from a lack of access to the most important health organization in the world? It hasn’t. Taiwan has recorded a paltry 1,047 cases and 10 deaths despite having a sizeable, dense population of 23.57 million and close proximity to China. This rate is one of the lowest in the world. Even more impressively, Taiwan has accomplished this feat without a single lockdown.

On one of the biggest questions of the pandemic, the WHO was wrong and Taiwan was right. On January 14th, the WHO tweeted that the coronavirus popping up in China did not appear to spread by human-to-human contact. This was great news, as the virus would quickly die off. However, two weeks earlier, Taiwan had contacted the WHO with concerns that the new virus was spreading through humans. The WHO did not respond to Taiwan’s concerns until reversing its stance on January 22nd. The very next day, China completely isolated Wuhan, a city of 11 million. The WHO had relied on China’s word, which was simply not reliable.

Taiwan’s experience with epidemics such as SARS in 2003 and the H1N1 pandemic flu in 2009 led to the instant enforcement of restrictions that the rest of the world had to learn to trust by painful trial and error. According to Chen Chien-Jen, the former Vice President of Taiwan, these measures included, “optimal border quarantine, enforcement of 14 day home isolation and quarantine, mobilizing our health care system for infectious disease, adequate supplies of PPEs and other medical materials, quick announcement of travel alert and warning”(John Hopkins University).

At the start of the pandemic, the WHO advised against the necessity of mask-wearing but Taiwan had everyone, regardless of symptoms, wear one. Despite having open diplomatic relations with only 14 countries due to its conflict with China, the island donated 17 million face masks in April when others were desperately scrambling. Although these measures may seem basic now, Taiwan implemented them quickly and developed more sophisticated ones. New tracking technology has allowed Taiwan to contact-trace and enforce quarantine effectively.

The government-run health care system already kept track of supplies so Taiwan’s Digital Minister, with the help of hackers, built “a mask-rationing system… Swipe your card, get your allocated quota of masks”(WIRED). Despite relatively low trust in government in Taiwan compared to Asian countries, including China, citizens innovated so that contact-tracing would not become an invasion of privacy. Instead of keeping track of names, Taiwan simply mandated that business owners needed ways to contact people, which they did through “producing systems for code names, single-use emails, and burner phone numbers”(WIRED). With these precautions, nightclubs, where people gather closely indoors for long periods, were never shut down.

While other countries that have found success like New Zealand were forced to undergo lockdowns, Taiwan has remained relatively normal. In October, “a Pride parade drew an estimated 130,000 people to the streets of Taipei, the capital”(NYT). The lack of restrictions on the economy has led to projections of massive growth in 2021 and an influx of immigrants, including Eddie Huang, who is a famous restauranteur and author, and the founders of Twitch and Youtube.

The overwhelming success of Taiwan is largely due to the country’s overarching mindset of proactivity instead of reactivity. While almost every other country started with faulty information and has been perpetually playing catch-up, Taiwan continues to be several steps ahead. Instead of undergoing the painful cycle of no restrictions —> spike in cases —> severe lockdown —> public outrage and decrease in cases —> no restrictions —> spike in cases, Taiwan has consistently kept the Coronavirus to minuscule levels.

The next challenge for Taiwan is the vaccine rollout, which has been admittedly slow. Given that life is already normal, perhaps there is no great rush for full vaccination like there is in countries with higher cases and death counts.

The politicking of China has kept the WHO from fully utilizing information and tactics from one of the most successful COVID combatants: Taiwan. Right now, the WHO has barely any power, but granting it supranational authority could give rich countries even more power to use or flaunt when it suits them. The best route for the organization would be to emphasize a more collaborative approach, but unfortunately, the effects of the pandemic may cause countries to retreat from globalization.