The Anatomy Of A Riot

How the United States reacts to different riots. 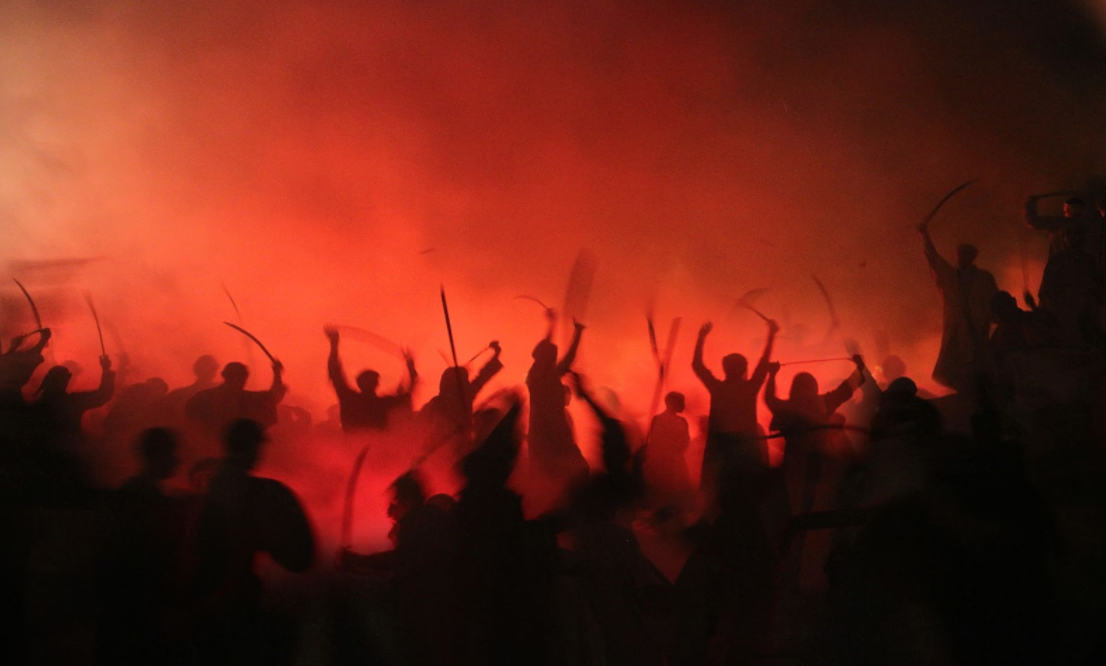 At the break of dawn, thousands of Trump supporters had already gathered on both the Capitol lawn and Ellipse park in front of the White House, in anticipation of former President Trump’s “Save America Rally.”

Trump begins his speech, and at about fifteen minutes in, he starts to urge his audience to head towards the Capitol building, where Congress is preparing to verify electoral votes, and many immediately begin following suit.

Before Trump’s speech has even ended, the crowd of protesters outside of the Capitol begin to harass the posted officers, reaching the point where they overwhelm the guards and push past the temporary barricades put in place.

As the rioters and the Capitol Police continue to violently clash near the steps of the west side of the Capitol, another massive crowd of protesters breaches the barricades on the opposite side of the building.

The mob on the west side breaks through the doors to the Capitol, and rioters begin to stream into the building as Congress evacuates. The siege of the Capitol continues for about the next three hours, resulting in mass looting and vandalization, the deaths of five people, and the largest attack on our nation’s capital since the War of 1812.

Of course, this did not all happen in a day; more precisely, it was the culmination of four years worth of political tension, mass misinformation, and radical ideology made rampant, with the violent actions just being the physical embodiment of the years of hostility finally coming to a boiling point.

Often compared to the January 6 Capitol riot, primarily due to the relatively short period of time between the two events, was the series of protests carried out in the summer of 2020 in response to the police killing of African-American George Floyd in May of that year. In the months that followed, protests broke out in prominent cities all across the country, and in foreign nations as well, objecting to the repeated murder and systematic racism that had been carried out by the police forces of America for decades on end. Consequently, fierce debates broke out amongst both the politicians and the common people of our country over the validity of the protests being considered peaceful demonstrations, as in a large portion of these gatherings, there had been confirmed cases of looting, arson, and death. Some, such as Minneapolis Mayor Jacob Frey, had gone as far as to call the protests acts of “domestic terrorism.” It then becomes both a moral and ambiguous question: Do violent acts perpetrated under the banner of an objectively good cause taint the movement as a whole?

In this day and age, the answer to that question often comes down to how the mass media presents the information it gathers to the public, and how the public interprets that information as a whole. In the case of the George Floyd protests, the opinion was evenly split between the right- and left-wing media outlets. Right-wing journals and news stations, and by extension their viewers, often took the stance that the protesters were predominantly violent and self-serving, forsaking their goals of avenging Floyd and others killed by police in order to commit crimes that they may have otherwise never been able to carry out. The left-wing media, on the other hand, focused on publicizing the value of what these protests were aiming to accomplish, citing the violence and vandalism as having been carried out by individuals, not the group as a whole. These views are undoubtedly wide-reaching, with CNN and Fox News, the leading news sources of their respective political leanings, both reporting a monthly average of over 100 million individual U.S. visitors to their multimedia platforms in 2020.

And while distorted reporting is a plague upon modern society, the news media has historically been quite necessary in reporting on riots. That was the case with the Attica Prison Riot, where years of inhumane living conditions coupled with the racial tensions between the majority-black prisoners and all-white guards at the maximum security Attica Correctional Facility in upstate New York culminated in an inmate uprising. A group of over a thousand convicts had, over a span of four days in the early fall of 1971, laid complete siege to the facility, making hostages out of almost 40 prison guards and employees, and making demands that called for improved living conditions, the end of mail censorship, and amnesty for the prisoners once the ordeal was over. The inmates refused to surrender, and on the fourth day the state police began to fire indiscriminately into the crowd, killing 29 inmates, on top of 10 of the hostages, ultimately quelling the rebellion.

This conflict gained massive amounts of news coverage, shocking the nation with reports of the state's attempted cover-up of the murdered hostages. The public was overwhelmingly on the side of the prisoners, as broadcasts of the inspirational and passionate speeches given by inmates such as Elliott Barkley made the rioters martyrs in the eyes of the people. In the case of Attica, it’s clear how the violent quelling of an already violent protest can completely sway the public opinion, and therefore the lasting legacy and cultural impact, of a riot. Pressure from the public sparked both a congressional investigation into the police raid and a revival in the prison reform movement. Even today, the general consensus is that Attica is a tragic yet poignant reminder of human resilience in the most harrowing of environments.

This is the legacy of the Attica Prison Riot, a legacy shaped by media coverage, public opinion, and government interference, three factors that are of utmost importance in deciding the lasting judgement of any riot or protest for decades thereafter. The enduring impact and collective verdict over both the January 6th Insurrection and George Floyd Protests are already being set in stone as this article is being written, as the retrospective views on each event have come into shape in the minds of the people. The Floyd Protests have fit snugly into the narrative of being righteous acts for a noble cause, despite any less desirable local consequences that may have come of them. Due to their portrayal in the popular media, and the generally sound morals of those witnessing them, these protests are looked back upon as a force of good, fueling the fight for police reform and equal rights, and causing the actual passing of legislation in order to ensure that another tragedy like what brought upon the protests never happens again. The January 6th Riot, on the other hand, has proved to be significantly less virtuous in its almost-universal branding. Despite the opinion of some fringe groups, this riot has already been established as an attack on our entire nation, spurred on by a man who many in the past four years have come to consider a monster. An “assault on democracy” was the immediate description given by the media for the incident, and again legislation is in the process of being passed, this time in order to investigate the root cause of the storming of the Capitol.

In the coming years, the world’s view on this duo of radical movements will continue to develop, but as it stands both of their legacies have seemingly already been cast in the narrative of this country’s modern history. As time goes on, and the world continues to witness the comings and goings of society's riots, protests, demonstrations, or whatever the people of the day want to call them, they may look back upon the riots of today, or even those as far back as Attica and before, and come upon a different judgement.