Maria Konnikova shares what she's learned while going from novice to champion. 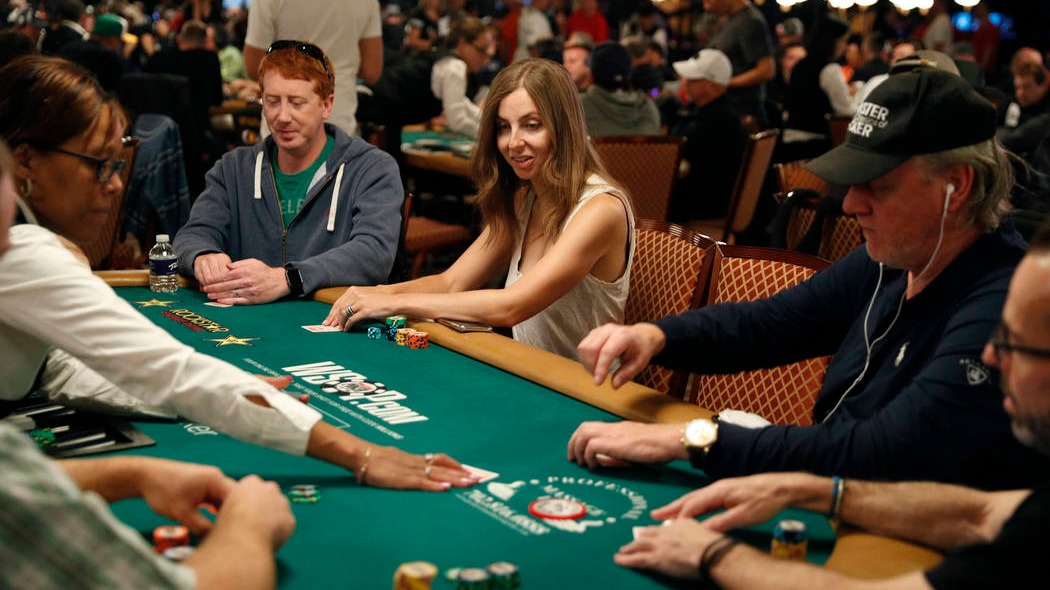 “The Biggest Bluff” by Maria Konnikova blends autobiography and psychology to trace her journey from never playing poker to becoming an international champion. Poker is a game incredibly similar to life itself — combining luck, skill, and interactions with other actors. Over the course of several years, Konnikova learns from the best in the game and translates lessons learned in poker to life. Here are some of the biggest ones from “The Biggest Bluff.”

After reading “The Biggest Bluff” and watching some videos of Daniel Negraneau, a.k.a. Kid Poker, I had the sudden inspiration to replicate Konnikova’s path to the top and become an international poker champion. Just like Konnikova’s grandma was severely disappointed in her for pursuing gambling, my parents immediately shut down the idea: “Poker is fun to play with friends but not by yourself” and “Poker is gambling.”

Poker isn’t gambling. In poker you can only lose your buy-in, in some “more respectable” disciplines, you can lose much more than you initially put it in. For example, investing: when you invest in the stock market and short a stock, you can lose an infinite amount of the stock that you put in. Also, according to a study by Steven Levitt and Thomas Miles, “the observed differences in ROIs [between amateur and professional poker players] are highly significant and far larger in magnitude than those observed in financial markets”(37). In other words, poker is more skill-based than investing. Finally, isn’t life one big gamble? We take risks in the hopes of a gain. Part of our outcomes are determined by luck and some by skill. In life, there is no limit to what you can lose — your reputation, integrity, well-being, and relationships.

Poker is similar to other games of skill like chess or Go in that you can “win with the worst and you can lose with the best hand”(36). There is an added element of luck, which is precisely the reason that Konnikova chose to study poker as opposed to completely skill-based games that have been “solved” by AI. Despite analytics increasingly coming to the fore in poker, you cannot become a championship player simply by knowing what is the GTO, or game theory optimal, thing to do. You must constantly adapt to your opponent’s game, their tells, and how you are feeling, which takes a human’s intuition and knowledge and cannot yet be determined by the heartless bytes of our robotic friends.

Losing is Good For Learning

When humans succeed at something — a job promotion, a game of chess, even flipping a coin — we often attribute the outcome to skill. We believe that we won because we are good, and we are likely to succeed again. “The benefit of failure is an objectivity that success simply can’t offer. If you win right away — if your first foray into any new area is a runaway success — you’ll have absolutely no way to gauge if you’re really just that brilliant or it was a total fluke and you got incredibly lucky”(58).

Failure can lead to another misconception — that you were done in by bad luck. And that may be true some of the time! But poker is a balance of luck and skill. Viewing poker as completely luck-based or skill-based are both wrong assumptions that will lead to complacency and lack of improvement. Erik Seidel, one of the greatest players to play and Konnikova’s coach, says that “The beauty of poker is generally, delusion is punished”(63). If we lose enough times, we are forced to acknowledge that it isn’t all chance and have the opportunity to objectively evaluate our performance.

The Locus of Control

One of the first rules that Erik Seidel gives Konnikova is to never complain about bad beats. In Texas Hold’em, every player is dealt two private cards, and then gradually five public cards are dealt on the table with betting in between. The last one left or best-hand, which you form with your cards and the public cards, wins. A bad beat means that you had very bad luck — you possessed a vastly superior hand than your opponent but they got very lucky with the cards that were dealt.

That introduces an interesting contradiction where many of the best outcomes in life come from embracing an internal locus of control and believing that you can control many things that are actually up to luck or independent actors. “Sometimes, though, as in the case of probabilities, an external locus is the correct response: nothing you do matters to the deck. The cards will fall how they may. But if we’re used to our internal locus, which has served us well to get us to the table to begin with, we may mistakenly think that our actions will influence the outcomes, and that probability does care about us personally”(110). The right balance is the self-awareness to recognize what is within our control and what is not, and seek to control what we can.

Our Brains Are Messed Up

All of our decisions seem rational at the moment but the reality is that we have many cognitive blind spots. We might think that Konnikova’s background as a psychologist would make her immune to many of them. However, the worst part is that even once we are aware of possible mistakes, it doesn’t actually improve our thinking. The only way to truly overcome these logical fallacies is to directly experience them, acknowledge their effects, and take steps to combat them.

Here are some examples of logical fallacies that Konnikova encountered in herself and others.

Dunning-Kruger Effect: If you were to chart the relationship between self-perceived competence and experience, the result would look something like a bell curve with a near-vertical line attached to the left side. Someone with absolutely no experience believes (correctly) that they know nothing. With a little experience, you believe that you are much more competent than you actually are. After some more experience, our confidence plummets. Finally, once you have accumulated a lot of experience, your confidence begins to rise, tempered by the fact that there is likely always more to learn. Of course, our actual competence looks much more linear or sometimes exponential, increasing over time.

Hindsight Bias: Be wary about critiquing someone after the fact. The correct answer is probably equally apparent to them with hindsight. In addition, with a bad understanding of probability, a solution that turned out badly may still be correct according to the odds. For example, after the 2016 election, whoever picked Trump to win was seen as a genius and numerous articles came out about all the warning signs that we should have seen — however, there is a strong possibility that Clinton was favored just like everybody thought and simply got slightly unlucky.

Hot-Hand: Humans have a hard time conceptualizing what probability looks like. If you flip a coin for someone ten times, they likely have an innate feeling that the coin “should” come up something like HTHTHTHTHT. However, probability is much more random than that: there are often ministreaks of heads or tails. If we are playing poker and have a few good hands in a row, then we believe that we have the hot hand and are likely to get some more good hands. If we have a few bad hands then we believe that we are due for some good hands. Of course, the reality is that the cards are random.

Planning Fallacy: When we embark on a project, we “tend to be overly optimistic”(239). Ever had a New Year’s Resolution that fails year after year? — and yet on 12/31/21, you will be enthusiastically making the exact same promise to work out seven times a week. This poker-adjacent fallacy applies to many areas of our lives.

Status Quo Bias: Perpetuating anything (arguments, habits, public policy) because that is “the way things are done,” despite new information that should change our mind. These days on Twitter, public figures are pilloried for changing their opinions on anything and accused of political opportunism. Joe Biden has become a good proxy and leader for the Democratic party by having barely any strongly held-beliefs and simply drifting wherever the core of the party goes. Shouldn’t all politicians do that to some degree if they want to represent their constituents correctly? As John Maynard Keynes famously said, “When the facts change, I change my mind. What do you do, sir?”

Sunk-Cost Fallacy: There is always more to lose. Just because you’ve used a sizable chunk of your money to get this far into a pot, that does not mean that you should treat it as an investment that you must protect. There is no way to reverse the decision that led to the money being in the pot and you should view the money you have already spent as no longer yours.

So if knowing these fallacies doesn’t actually help us prevent then, does any of it matter? We believe that they only happen to other people — “Stupid people fall for them, but not me.” Over the course of the book, Konnikova slowly recognizes these fallacies and biases within her and begins to dismantle them. Only through objectivity and self-reflection can we begin to combat our cognitive flaws.

What is the Biggest Bluff?

Bluff (verb): to deter or frighten by pretense or a mere show of strength.

Konnikova reveals what she has discovered to be the biggest bluff on the first and last pages of the book. In her epigraph, a quote from Thomas Pynchon’s V reads, “Life’s single lesson: that there is more accident to it than a man can ever admit and stay sane.” In poker, the act of bluffing is done to other players — convincing them that you have a better hand than you actually have. In fact, the best hand only wins about 12% of the time. However, like much of the rest of the book, Konnikova focuses on how to master oneself. What is the biggest bluff? “That skill can ever be enough”(326).

We convince ourselves that with enough skill built through objectively examining our flaws and working hard, we will be able to succeed. Without this assumption, we would sink into a nihilistic stupor and go insane. Sure, you can “make your own luck” and tilt the odds in your favor, but life is an unpredictable beast. After a major health scare, Konnikava was forced to stop playing in major tournaments. Skill will never be everything. And we have to come to terms with that.