The Fall of the Roman Republic

Corruption and illegitimacy gave rise to Caesar and the empire. 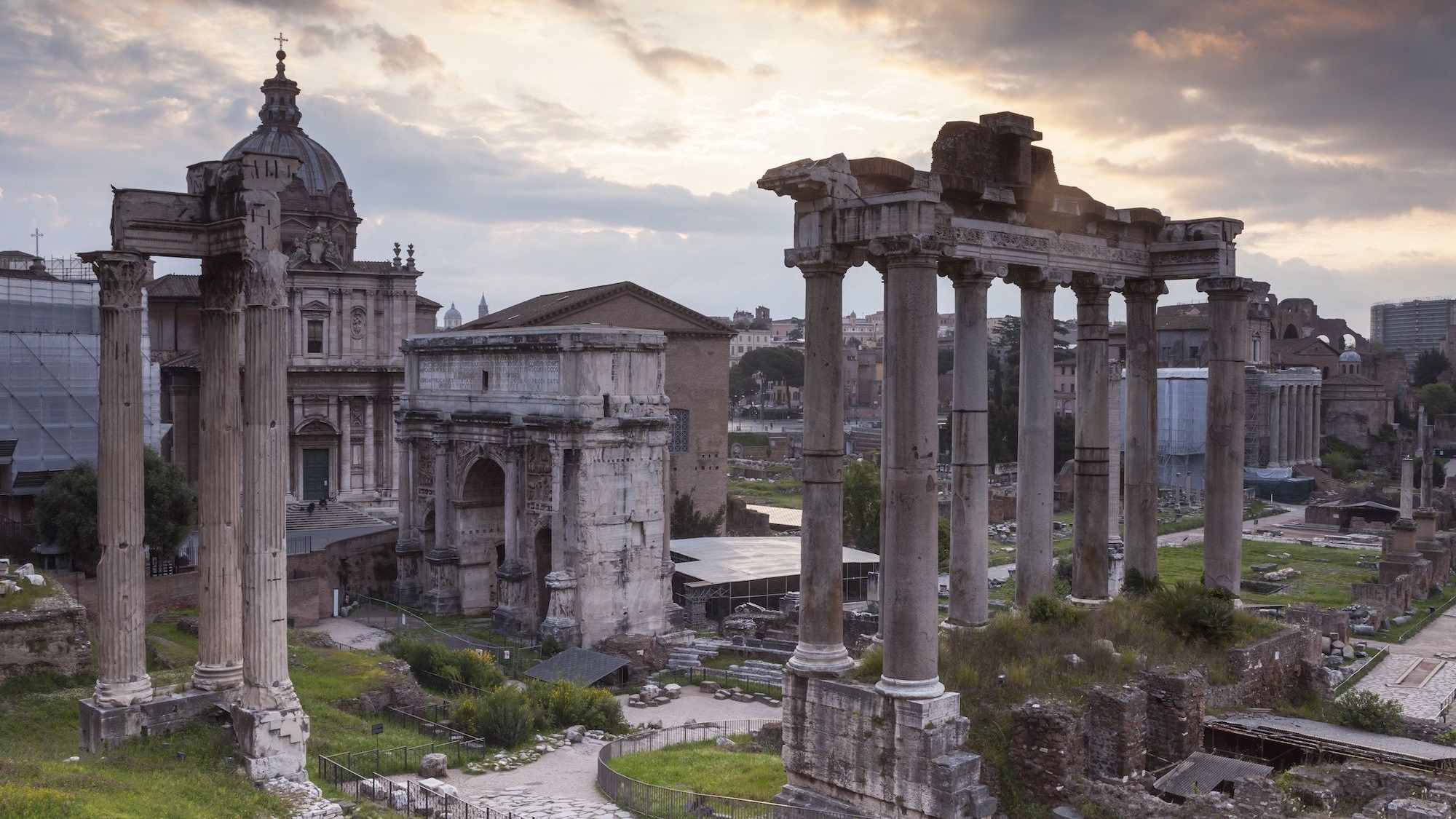 The Roman republic is one of the most influential and successful civilizations the world has ever seen. Their mixed constitution provided the means for stability and growth and has been used as a model for government in many countries, including the United States. Consisting of two consuls, the senate, and the people, the different branches of government each had certain powers which provided a system of checks and balances. Two main authors during this time period, Polybius and Cicero, both outline their views on the ideal roles and powers of these branches in their works. This paper will be focusing on the role of the people in government, and how they compare to the ideals laid out by these authors. At first glance, the people’s role in mixed constitution seems to follow the Polybian ideal since they were given legitimate political power in the form of contiones and comitia; however, upon closer inspection, the actual power of the people more resembled Cicero’s ideal, as these structures were easily manipulated and rarely exercised power against the other governmental bodies, making them a symbolic body rather than a functional one.

Though both authors were strong advocates for the mixed constitution, Polybius and Cicero’s views differ on who should be the primary power in the republic and what the ideal role of the people is. In his Histories, Polybius writes that the “part [of power] left to the people… is a most important one”, as they act as the “sole fountain of honor and of punishment”.4 Though he also writes about the necessity of the senatorial and consular powers in the republic, Polybius believed that “the chief power in the state was the people's, and that the constitution was a democracy”.4 He highlights some of these democratic powers, writing that the people “bestow office on the beholding”, have the “absolute power of passing or repealing laws”, and “deliberate on the question of war or peace”.4 Alternatively, Cicero, who was writing in the declining years of the republic, has different views on how the power should be distributed among the state. In his De Republia, Cicero critiques the current state of affairs in Rome and presents his view on the ideal implementation of a mixed constitution. Unlike Polybius, Cicero advocates for a return to the older republic where “[our ancestors] made the senate the guardian of the state, the presiding [authority], its champion”.1 However, though Cicero’s view on the ideal power of the people is lesser than that of Polybius’s, he subtly outlines their importance throughout his works. In book two, he highlights historical examples of how the people ideally should exert influence in government; for instance, he references the people giving their consent to the senate to exercise various powers.3 The idea of “people’s consent” suggests that Cicero believes the people should have approval and veto power rather than direct power in the creation of legislation. Overall, Polybius believed that the people should have an expanded role in government while Cicero viewed a reduced role to be the ideal.

One of the main ways the people held influence in government was through contiones. A contio is a public meeting called by a government official for a variety of reasons (such as to debate on legislation, to make a public announcement, or to attack a political enemy). In these meetings, the official controlled who was allowed to speak and about what topics. The citizen audience had no functional power and was not allowed to speak, but support for a particular topic could be gauged by their cheering or shouts. The idea was that contiones were “the crucial testing grounds for new ideas, as any proposal that proved unpopular when presented to the public was supposedly quietly withdrawn before it could be put to a potentially disastrous vote”.2 Though the people had no functional power to reject a law at a contio, the public official required their support to get proposed legislation to be voted upon by an official committee. Theoretically, should the contio create enough opposition from the people, a tribune or other official would take notice and veto the proposed measure before it could be voted upon. Therefore, though the people’s power was informal at these events, it certainly did exist and could not be ignored by an official.

Another way the people could exercise their power was through their different comitia, in which they had direct, functional power in approving various propositions. Initially in the Roman republic, the people’s sole assembly was the comitia curiata which was limited to the patricians, but over time, people of lower classes gained more and more power in other assemblies. The comitia centuria, which was founded after the comitia centuria, was primarily made up by the upper classes but did hold a small number of plebeians in their ranks. This assembly was in charge of war and peace declarations, approving legislation, electing government officials, and judiciary matters. In the middle and later republic, the most powerful assembly was the comitia tributa which was divided into two parts. The comitia plebis tributa was restricted to those in the plebian class while the comitia populi tributa consisted of citizens from all classes.5 With these various popular powers now outlined, it would seem that the people’s role in the Roman government followed the Polybian model; the people were able to exert influence into various proposals through their involvement in the contiones, and were able to directly approve or reject these proposals in the comitia, making them an extremely powerful body in the mixed constitution.

However, in practice, though the power of the people was certainly legitimate, it was oftentimes manipulated by powerful and influential politicians; thus, as laid out in the Ciceronian version of the mixed constitution, the power is shifted away from the people and towards the other branches of government. This manipulation can be regularly seen both in the contiones and the comitia. For example, Henrik Mouritsen argues that the contiones “were generally favourable towards those who had called the meetings” because “speakers always held the upper hand and were able to shape opinion through their superior knowledge and skill”.2Thus, assuming the politician was a gifted speaker, they would be able to frame their proposal in a way that enticed the audience, even if in reality it was not beneficial to them. Additionally, certain logistical and technological constraints in Rome could have benefitted policy makers rather than the people. Because of the limited size of the various venues in which contiones were held, there were limitations on how many people could attend a contio. Also, Rome was a large city and there was a lack of reliable transportation during this time period, so people could only attend a contio that was within walking distance, meaning there was not equitable access to these meetings. If a policy maker strategically planned the time and locale of their contio, they could ensure that their audience was supportive of their proposal. Because of the small audiences and restrictions on travel, the support received at a contio may not have been representative of the larger popular will, further shifting the power away from the people and towards the speaker. External influence also could affect the various comitia. Especially in the earlier stages of the republic (in which the lower classes lacked adequate representation in the comitia), members of the popular assembly had close, personal ties to powerful government officials, which affected their decision-making in their committees. Even in the later republic, upper-class patricians who served in the comitia often had personal relationships with powerful senators and would act on their behalf when voting in comitia.2 The influence of government officials in the popular sphere of power, whether by mistake or design in the mixed constitution, severely restricted popular sovereignty.

Additionally, in part because of the manipulation of public officials, the popular bodies rarely acted against the other branches of government, meaning they only served as a symbol of political legitimacy. As mentioned in the previous paragraph, speakers had a huge advantage over their audience, and some political figures had ties with members of the various comitia. Because of the “strikingly fluid and malleable ‘will of the people’”, it was very rare for proposals to be rejected.2In the contiones, proposals lacking support theoretically would be withdrawn by the legislator; however, there is little evidence that this withdrawal happened in practice. Similarly in the comitia, during the late Roman republic between 209 and 104 BC (which has the best-kept records), there were only six recorded cases of proposals being rejected. Egon Flaig looked into these rejections and found that they were ad hominem cases, meaning that they were legal quarrels between political enemies. Only one of these rejections had the support of the senate, and it was repealed shortly after, showing how rare it was for comitia to oppose the senate’s will. Mouritsen describes the comitia as “purely affirmative bodies, passing laws of widely different political colouration and intent with almost mechanical predictability”, meaning that if a proposal made it to an assembly, it was very likely it would be adopted.2 Even though the comitia did have functional power, their consistency in approving the laws and their unwavering alignment with the senate’s values ensured that “instead of making decisions they provided political legitimacy on a purely symbolic level”.2 However, even though these popular bodies were primarily only a figurehead of the res publica, they certainly played a role in keeping the citizens content. These bodies were essential in keeping the citizens appeased and giving a facade of adequate functional representation in government, which was essential following the tyranny of Tarquinius Superbus around 500 BC and the cruel Decemvirs around 450 BC.5 All in all, in line with the Ciceronian model, political manipulation and the alignment of the assemblies with the senate ensured that the people had limited actual power in government - however, this is not to say that they were not important, as these bodies made up the res publica and differentiated this period in Rome from other, harsher rules.

In conclusion, though there were systems for direct citizen involvement in government as laid out by Polybius, they were restricted in actual power by various factors. These bodies could be easily manipulated by power-hungry politicians, so they did not always adequately represent the people’s best interests. In addition, though these systems were in place and all citizens were allowed to participate, a small fraction of citizens actually participated in politics, and they did not always represent the interests of the larger populus. With the exception of the comitia plebis tributa, the contiones and comitia were dominated by wealthy citizens, as these were the only people who had sufficient education to understand the complex proposals and the economic freedom and time to attend such meetings. Women, slaves, non-citizens, and those living outside Rome lacked sufficient representation in government, and consequently, these were some of the most mistreated groups during this time period. This lack of adequate representation in government certainly contributed to the internal tensions that led to the fall of the republic. In conclusion, Rome provides a lesson and a warning to America today: we must fight to ensure that the people have an adequate role in government and that all groups’ best interests are taken into account —  or internal conflict will tear this nation apart.

4“THE CONSTITUTION OF THE MID-REPUBLIC.” Polybius on the Roman Constitution, thelatinlibrary.com/law/polybius.html.

5Williamson, Callie. The Laws of the Roman People: Public Law in the Expansion and Decline of the Roman Republic. The Univ. of Michigan Press, 2016.