The Fifth Force of Nature 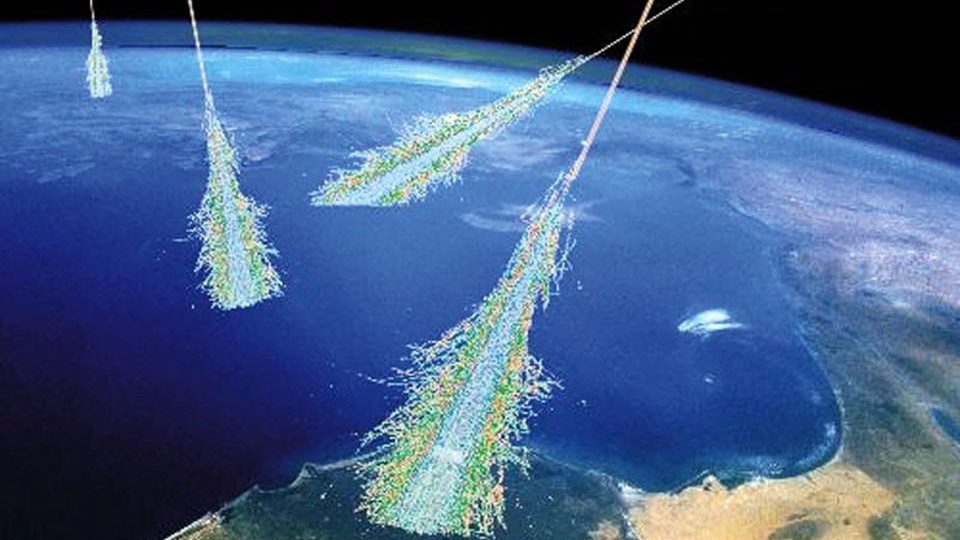 Forget everything you have learned in high school physics. Well, not exactly, but be prepared to receive new information that might shake whatever knowledge humans have attained of our world so far. Physicists have collected evidence that could hint at new particles or possibly a new fundamental force.

That is correct. A new fundamental force. As we have been taught since elementary school, there are four fundamental forces currently recognized by the scientific community. These are gravitational, electromagnetic, and strong and weak nuclear forces. However, irregular data that does not fit with the behavior expected from particles could suggest the existence of a new fundamental force.

Collected data demonstrates unpredicted behavior from muons, a subatomic particle similar to the electron but about 200 times heavier. This statistical irregularity could be a mere coincidence, but according to statisticians, it only has a 1 in 40,000 chance of being so, which places this discovery at a level 4 sigma possibility. The sigma range is a scale that ranks findings on a spectrum of one to 5. Findings placed at level 5 are those with the lower likelihood of being simply data irregularities.

The experiment Muon g-2 carried out by scientists in a laboratory in Illinois, the Fermi National Accelerator Laboratory, a.k.a., Fermilab, consisted, essentially, of sending beams of muons into a 14-meter magnetic ring. Due to the magnetic forces, said particles travel at speeds approximate to the speed of light. Detectors then capture and record these speeds.

So, what is the big issue here? The abnormal data perceived by these speed detectors does not align with what the Standard Model of particles proposes. This model is the combination of two theories of particle physics into a single framework to describe all interactions of subatomic particles, except those due to gravity, as Professor Mark Lancaster, a member of the experiment, shares.

The muon particles act as if they had an internal magnet. Therefore, when imposed to a magnetic field, the particles wobble or precess, as physicists call it. What generally affects the rate of precession is the strength of said internal magnets that muons possess. The muon g-2 experiment, however, has recorded an alteration in this precession rate that does not follow the rules specified by the Standard Model.

This finding proves to be a shocking one. The scientific community is thrilled upon hearing this news. Professor Ben Allanach, from Cambridge University, explains "I have been looking all my career for forces and particles beyond what we know already, and this is it. This is the moment that I have been waiting for, and I'm not getting a lot of sleep because I'm too excited."

At the moment, there is not much known about this abnormality, but a great majority of professionals suggest that an undiscovered subatomic particle or, potentially, a new fundamental force is the cause of this alteration. Prospective names for the theoretical particle are already being proposed, such as leptoquark or Z’ boson. This discovery is particularly relevant because not too long ago, scientists working on a parallel experiment in the Large Hadron Collider, the world’s most powerful particle accelerator, constructed by the European Organization for Nuclear Research, had also collected information that could lead to the existence of a new potential force or particle.

What does this mean for Physics?

Currently, not much. There is still much needed until this finding can become an actual breakthrough. Men of science need to find solid and conclusive proof of this phenomenon only to be followed by a long peer-reviewing, testing, and experimentation process to establish a new force or sub-particle. It would imply no small change. To review and remodel the SM (Standard Model would be required to accommodate this change.

But if conclusive evidence is collected, this information could be exploited to answer many of the questions and mysteries daunting scientists at the moment, specifically, those surrounding the theory of dark matter. The science community is still unable to define the composition of matter other than the 15% formed by known particles. Answers as to the expansion of the planet are yet to be formulated. This discovery could even link itself to the Big Bang and the formation of the universe. The vacuums encountered in physics are often attributed to the area of dark matter and energy, but perhaps this finding could help uncover this puzzling area of the discipline.

It must be noticed, nevertheless, that this might all be a false signal. Even if it was veridical, a long time could pass before clear statements could be provided. Until then, scientists can only theorize and continue investigating.