The Forefather of Q: The Illuminati 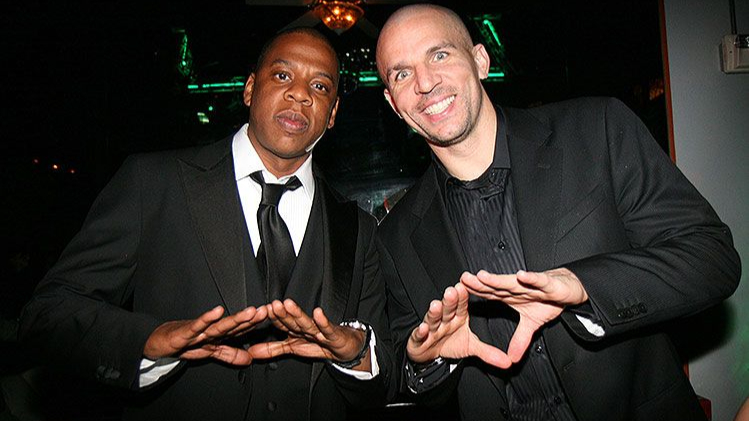 A classic middle school joke was to scream “the Illuminati!!!” every time you saw a triangle. My memory of the exact conspiracy theories are murky, but the pyramid with the eye on dollar bills was a central aspect. Youtubers drew connections between famous people and the organization: “Justin Bieber. 12 letters. Born on 3/1. 3 + 1 = 4. 12 letters/4 = 3. A triangle has three sides. Justin Bieber is a member of the Illuminati, confirmed.” The myth of the Illuminati grew from a real Bavarian society into a full blown conspiracy theory.

In the age of 1960s counterculture, which was a period when young people rebelled against the establishment, a few authors decided that what the world needed was more disinformation. Robert Anton Wilson and Kerry Thornley wanted to fight against the “groupthink,” so they wrote fake letters to Playboy magazine arguing for and against the existence of an elite cabal called the Illuminati. The purpose of the letters was to cause people to investigate the claims themselves, discover that the Illuminati was fake, and then remain skeptical of traditional information sources. That is not what happened.

Over the course of 40 years, belief in the Illuminati permeated into popular culture. A testament to the widespread belief of the 2000s and early 2010s is Beyonce and Jay-Z “raising their hands into Illuminati triangles at concerts”(BBC.com). As access to the internet increased, people were able to find communities of fellow believers on Reddit and 4Chan. Even if the specific conspiracy theory is incredibly niche, there might still be thousands of believers that can connect.

Conspiracy is part of America’s DNA. Many theories have sprouted up since the countries’ creation: King George III is plotting to enslave the colonies, the assassinations of John F. Kennedy and Abraham Lincoln were part of larger plots, the moon landing was faked, vaccines cause autism, Bush did 9/11, Barack Obama was born in Kenya, Democrats killed Epstein, and Pizzagate are just a few. Today, fifty percent of America believes in at least one conspiracy theory. Throughout history, humans have adopted beliefs to explain the inexplicable or comfort themselves, perhaps we believe conspiracy theories for the same reason.

The modern Illuminati holds that a small group of elites — politicians, celebrities — control nearly all important events and have a huge amount of power. Even recently, people theorized that Joe Biden was sworn in on a Masonic/Illuminati bible, which has of course been debunked.

Donald Trump has brought conspiracy theories into the mainstream and created many himself. A Qanon believer, Marjorie Tayler Greene has been elected to Congress and Republican leadership remains silent. Greene has also integrated anti-semitic views into Q by claiming that the 2018 California wildfires were ignited by a Rothschild banking controlled space laser.

Both Qanon and the Illuminati center around a cabal of powerful elites. In Qanon’s case, they are pedophiles who worship Satan and are mostly high-ranking Democrats. After performing horrific deeds, they eat their victims to remain immortal. Qanon seeks to become the central conspiracy theory by adopting all of the others and creating a “big tent” for all to join. The main event, the day of reckoning, is “The Storm,” where Donald Trump will arrest all the Democrats and destroy the cabal. Many Qanon supporters believed that “The Storm” would occur before or during Biden’s inauguration so that Trump would be able to reassume power.

Will people stop believing in Qanon because “The Storm” has not materialized? No. The central account posting cryptic messages — “Q Clearance Patriot” — has made multiple promises that have not been borne out. And yet support for Q is stronger than ever.

The key difference between Qanon and the Illuminati is that you can never join the latter but every patriot has a moral obligation to actively support and participate in the former. The Illuminati was interesting to joke about and discuss because it was so secretive, but Qanon is accessible to everyone. In addition, Qanon is immersive and participatory. There are cryptic messages to decipher and a saviour, Donald Trump, to support. All of these activities happen within a community of people who are just as enthusiastic as you are. It’s easy to imagine how someone could get caught up in the drama and believe that when Trump tells you to march to the Capitol, you are an integral part of “The Storm.”

So will Qanon be eventually surpassed for a new, shinier conspiracy theory just like the Illuminati? Or perhaps it will linger on with devastating effects just like the 1918 “Stab in the Back” myth that alleged that Germany was going to win the war until betrayed by Jews and socialists? The latter seems more likely, although few think that it will cause a World War. People have already been willing to go to jail and hurt people to fulfill the messages of Q and the wishes of Trump. No one was that serious about the Illuminati. It seems that we are dealing with an entirely different breed of conspiracy theory.