The Resurgence of Chess

Thanks to The Queen's Gambit and lots of free time, chess is seeing a surge of popularity. 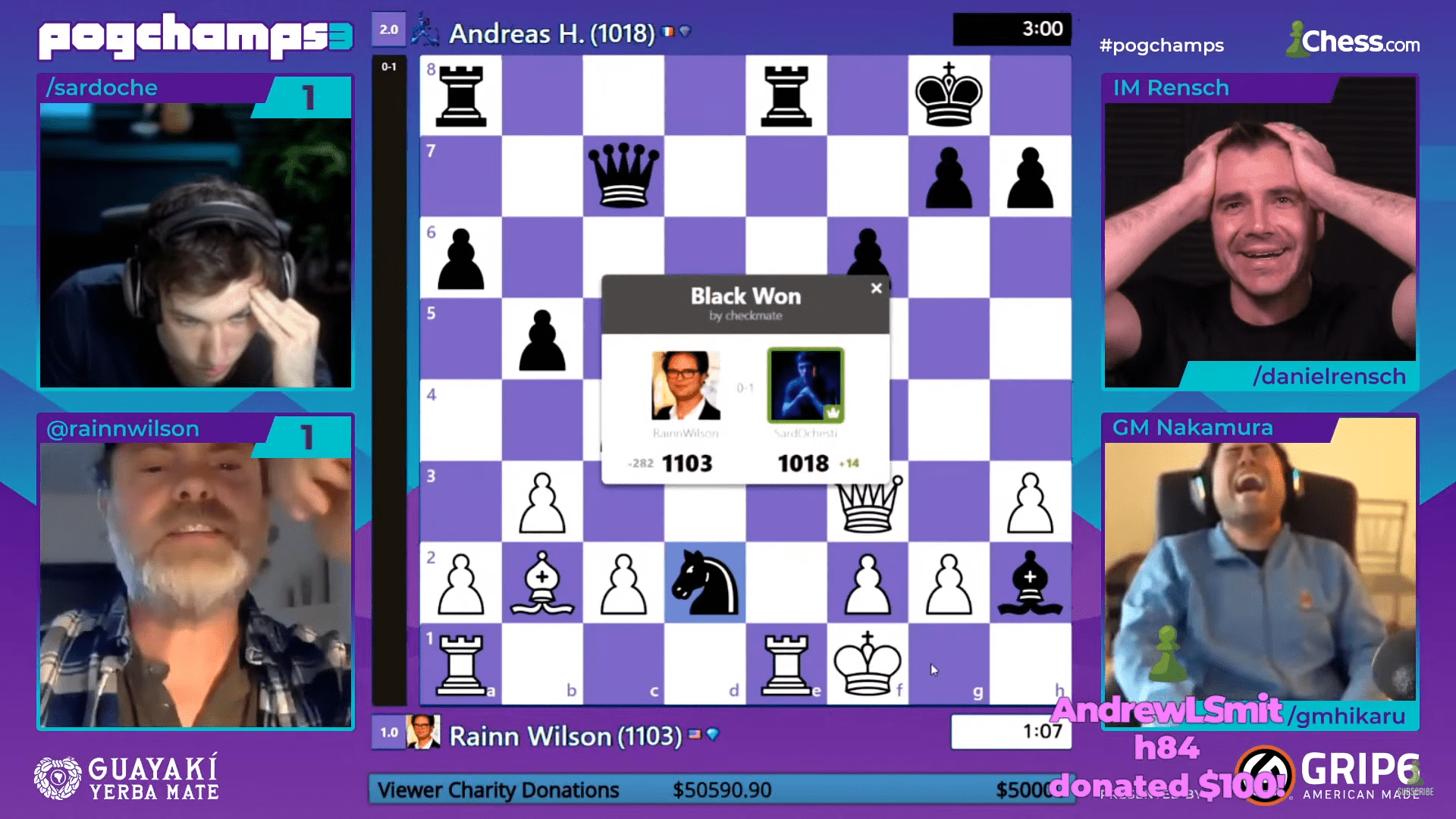 Over the past four months, I’ve often started and finished off my day with a few (maybe more than a few) games of chess. Sprinkled in-between work, I would quickly hop on to Twitch, the platform made famous by gamers, to watch an exciting tournament or some commentary from GothamChess or super-GM (one of the world’s strongest players) Hikaru Nakamura. Throughout the past year, as people pick up old hobbies and with the release of the Netflix miniseries The Queen’s Gambit, chess has skyrocketed in popularity.

Chess is one of the oldest games in the world. An early precursor developed in India in the 7th century, a war-like game which shared some features with chess: different pieces with varying characteristics and one piece central to victory, the king. Chess quickly spread around the world, and Chinese chess is a popular variant, although Go is the strategic game of choice in parts of Asia. In 1475, chess finally resembled the modern game with the advent of the queen and pawn promotion. As chess became more popular, openings (sequences of moves by each side at the start of the game) received endless analysis and shifts in popularity. That has only accelerated with the rise of the modern-day chess computer, which calculates positions 18 or more moves into the future. Today, anywhere from 1 in 30 to 1 in 10 people globally play chess.

The Queen’s Gambit, named for a chess opening in which white “gambits” or loses a pawn on the queen’s side for a stronger position, was Netflix’s most popular limited series ever, raking in 62 million views in the first month of release. As Beth Harmon climbs the ranks to be the best player in the world, it seems as if the whole world is transfixed. For the final tournament of the show in Moscow, fans swarm her everywhere. The last match is based on a 1972 clash between Boris Spassky and Bobby Fischer, which made chess briefly cool and cast Fischer as a last bastion for democracy. Similarly to Beth, whose personal journey involves struggling to become independent from tranquilizers that help her visualize positions, Fischer dealt with personal demons culminating in an arrest warrant from the US government for playing a game in Yugoslavia and breaking the United Nations embargo.

Before and after Bobby Fischer, chess has been a decidedly nerdy activity. Derided as too intellectual and serious to be fun or a sport, chess saw these critiques refuted this year. The advent of The Queen’s Gambit infused chess with some cooler qualities: a glamorous and beautiful protagonist, the bright lights of Europe, and the intensity and emotion of competition.

The consistent presence of chess on Twitch, a streaming website mainly used for video games, has led it to also be accepted by the gaming community, culminating in a PogChamps tournament, in which famous chess streamers coach online celebrities. This year, the third annual PogChamps ended with French-streamer Sardoche beating Rainn Wilson, or Dwight from the Office. Nakamura’s channel is a thoroughly mixed community, made up of gamers who spam certain messages to give him good luck and people like me, who are just there for chess.

The website Chess.com has quickly become synonymous with chess. Not only do they have a great url, but it has one of the best designs and user experience on the web. Nearly every streamer plays on the platform and tournaments are hosted on Chess.com’s software. The site is constantly seeking new ways to engage with players. For example, Chess.com made a Queen’s Gambit themed opponent where players can play against Beth at different ages. However, others prefer using the main alternative, Lichess, which is nonprofit. Over the past three months, Chess.com has climbed from the site with the 300th most web traffic to the 179th.

Today is an exciting time for the chess community, with young prodigies springing up and battling some of the best to ever play the game. The current champion, Magnus Carlsen, gained the title at 23. One of the youngest super GMs is 17 year-old Alireza Firouzja, who streams chess while humming Kanye songs.

After the advent of super-computer programs that have essentially “beat” the game and now have ratings far greater than the best players, a natural worry was that chess would be viewed simplistically like checkers, both able to be “brute forced” by testing all possible move combinations. Perhaps, people might switch to a game like Go, which has many more possibilities. However, only 18 years after former Champion Garry Kasparov lost to Deep Blue, a master of Go, Lee Sedol, lost to a computer program called Alpha Go, which used neural networks to calculate moves. Despite the fact that machines now far outpace humans, chess players seem not to care. In addition, chess won’t see all of its positions “solved” quite yet: there are over 1040 good chess games possible, each with positions that challenge humans and engines.

What we love about the game is the combination of preparation and instinct: you must learn strategically sound openings and do your homework; after that, every game has a unique set of tactics. A player’s blood-pressure rises as they search for the precise weakness in an opponent’s defenses to entangle them in a mating net. Of course, you also have to think ahead to what moves your opponent will likely play and how you should respond. There are many metaphors pointing to that part of the game.

Chess may be more skill-based than poker, but that does not mean that the best player always wins. There are incredible upsets and colossal blunders, just like in sports or video games. There are heroes and villains, Davids and Goliaths. There are a few strategic maneuvers that are not effective for anyone except the strongest. However, it’s easy for anyone to train and thousands of people have joined the community over the past few months.