The Untold Past of Modern Flour

Is the flour we eat worth it? 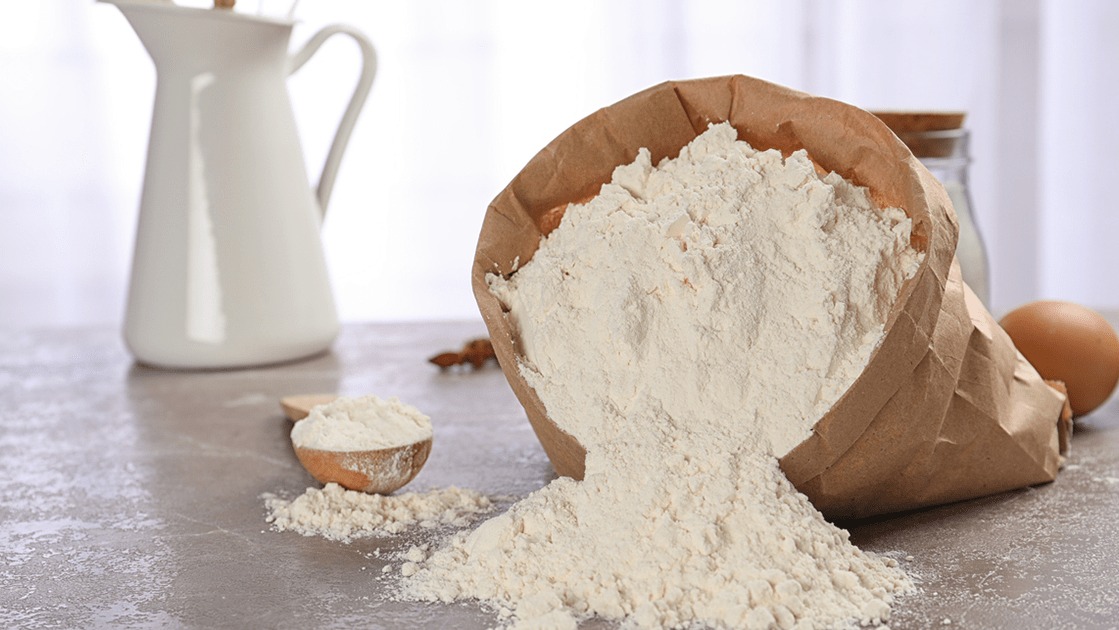 Wheat, scientifically known as Triticum, has been with us for an incredibly long time;  the crop's earliest domestication attempts date back to over 10,000 years ago. A lot of stigma surrounds wheat flour nowadays, and several methods to avoid it have been designed – anything from gluten-free flours to “keto” diets that suggest avoiding carbohydrates altogether. If wheat has been around for such a long time, then why has it only become an issue now?

One would think that the answer is obvious: diet culture. Holding a couple of extra pounds wasn’t a matter of concern, as it has become today. Conversely, some cultures considered it a symbol of beauty and wealth. Another possible answer is that famines were commonplace in the past. Therefore, not only was wheat consumption per capita much lower than what it is nowadays, but also the issues that come with consuming the crop weren’t accounted for. The main priority was, of course, surviving.

While these answers contribute to the wheat-flour-stigma to a certain extent, there is a much more determining factor — the Industrial Revolution. One may wonder, what changed? Prior to the changes in the industry, the process of turning wheat grains into flour involved a stone milling method. Essentially, the process consisted of crushing entire wheat grains through the movement of stones. The heating of the flour was gradual, thus, no enzymes were denatured in the procedure. Overall, the finished flour retained all the vitamins, enzymes, amino acids, and fiber from the original wheat grain's composition.

“Low grinding” and “high grinding” were the two types of flour available during the nineteenth century. The former went through the milling process only once, and so, it contained all the nutrients found in the original grain, while producing the latter involved undergoing the milling and sifting process multiple times, resulting in a more pulverized, whiter flour. The higher classes preferred the whiter variant, commonly seen as the better type.

With growing populations and the need to conserve wheat for longer due to rising flour exports, making the milling process quicker and more efficient became a priority. Thus, in 1865, the Hungarians engineered steamroller mills, which ran entirely on steam. Later, in 1875, the roller mill was merged with automation technology and a purification system. This resulted in a newer, more advanced version of the roller mill.

This breakthrough in roller mill technology revolutionized the production of flour. The milling method - rather than using stones - employed two steel brake rollers, allowing the grain to break apart into much smaller pieces. The purifying process that followed removed the bran, the germ, and part of the wheat grain almost entirely from the cereal. The use of hot temperatures for flour conditioning led to the denaturing of naturally occurring enzymes in grain, making the flour last significantly longer. The result? An even whiter and finer flour. Given the appeal of this type of flour, its wide availability was well-received.

Nevertheless, this innovation brought upon its fair share of repercussions. The wheat grain’s bran and germ contain most of its micro and macronutrients. The removal of a great portion of the grain’s nutritional content was an inevitable consequence. Quantifiably speaking, the roller-milled flour, when compared with the stone-milled variant, comprises approximately 50% less calcium, 75% less iron, and an almost complete loss of its vitamin A and vitamin B content.

Then what followed, later became known as the Green Revolution, and was primarily led by the Nobel Prize awardee, biologist Norman Borlaug. It “involved the development of high-yielding varieties of cereal grains”, “modernization of management techniques”, “distribution of hybridized seeds, synthetic fertilizers and pesticides to farmers”. Facing the fact that in the 1950s, about 50% of the world population experienced undernourishment, Borlaug’s efforts focused on increasing the yield of wheat production exponentially. The main catalyst of this revolution was, as Borlaug himself said in his text Mankind and civilization at another crossroad; “the Mexican dwarf wheat varieties” due to their “unusual breadth of adaptation, combined with high genetic yield, efficiency in the use of heavy doses of fertilizers, and of irrigation water, combined with a broad spectrum of disease resistance”.

As an effect, according to the Journal of Ethnic Foods, the per capita net availability of wheat increased from 52 lbs./year in 1951 to 154 lbs./year in 2017, which has greatly contributed to easing world hunger. The downside, however, is that the use of new technologies to massively increase yield, combined with the usual milling process of wheat, further lessens the nutritional contents of the finished flour product.

Therefore, we are facing a dilemma - flour is now more available than ever - but the flour made accessible is severely lacking in nutrition. Obesity issues aside, the health problems that arise from the excessive consumption of white flour are endless. Elevated blood levels, indigestion, flatulence, gastrointestinal irregularities, anemia, are only some issues caused by the excess intake of carbohydrate content, coupled up with the scarcity of fiber and essential micronutrients such as iron.

The takeaway? Modern flour is drastically different from the flour consumed thousands of years ago, and it is bad for you, to say the least. Whether humanity should halt its consumption of flour altogether or not is currently a matter of debate. Although it is true that flour provides almost no beneficial nutrients, it is a cheap ingredient that aids in solving the food crisis in several low-income nations. Nevertheless, if one desires to reduce the harmful effects of wheat consumption, rethinking our daily diets is a great starting point.