The Words We Heard, Not the Words He Said

Pope Francis calls for progress within the interpretation of the Bible. 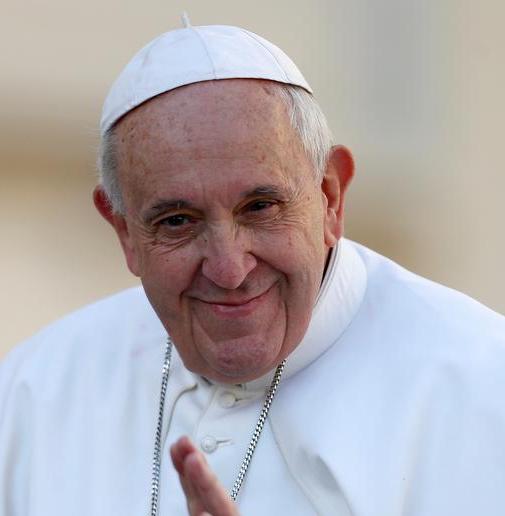 Oct. 21, could be marked as another date that helped humanity get a little closer to the acceptance of LGBTQ+ community: it is the day of the premiere of “Francesco,” a documentary film which details the life and teachings of Pope Francis. During a scene in the film, Pope Francis explicitly stated his support and acceptance of same sex couples and same sex civil unions with a wholesome message, saying “They’re [members of the LGBTQ+ community] children of God and have a right to a family. Nobody should be thrown out, or be made miserable because of it.”

Despite expressing support that is tremendously progressive for religious communities, his words were, simply, not received well by the religious communities themselves. Causing immense uproar online, many members of the Christian and Jewish communities accused Pope Francis of blasphemy and endorsing perverted ideas as a “fake prophet,” for endorsing deviation from the “Biblical doctrine.”

This criticism indicates a specific interpretation of the Biblical text that people accepted over time, a more closer look at which might shed some light on a centuries-long tradition of (mis)interpretation of the Holy Scriptures to use the word of God in order to justify oppression.

According to Genesis (the first Book of the Bible), chapter 18, God tells Abraham — the father of the Abrahamic religions — that he is on his way to destroy the cities of Sodom and Gomorrah, against which “the outcry...is so great and their sin so grievous,” (Genesis 18:20). In Genesis 19, two angels of God enter the city and approach Lot, Abraham’s nephew and a prophet. While the angels rest at Abraham’s house, all men in the city gather around Lot’s house, expressing their desire “to get intimate” with Lot’s guests, the angels. After they broke down the door, men of the city were blinded by God, and, subsequently, the cities of Sodom and Gomorrah were destroyed under the rain of burning sulfur.

At first glance, the interpretation of the story of Sodom and Gomorrah - which is one of the most prominent examples of references to homosexuality in the Bible - as a direct condemnation of homosexuality seems obvious. However, the exegesis we impose on the story should not contravene the intentions of the Bible’s writers and redactors. As we cannot directly ask the people who wrote Genesis to tell us what they wanted us to learn from the story, one of the few options in interpreting the story is looking at how it was perceived by the early Jewish communities.

Most of the early Jewish scriptures that do mention Sodom and Gomorrah, assign completely different sins to the ones we are used to seeing. The Book of Ezekiel (an important prophet), which was written somewhere in the 6th century BCE, mentions Sodom and Gomorrah, but when explaining their sin, the author never mentions homosexuality: “Now this was the sin of your [Ancient Israel’s] sister Sodom: She and her daughters were arrogant, overfed and unconcerned; they did not help the poor and needy,” (Ezekiel 16:49). Such lack of reference to homosexuality could, once again, be noticed in the Book of Zephaniah (another prophet in the Hebrew Bible (Zephaniah 2:9), another Jewish work written in the 2nd century BCE named Sirach (Sirach 16:8), etc. The interpretations of the story presented to us by these examples put make no mention of homosexuality. Thus, we can infer that early communities that were first to read the story in Genesis did not view it as a condemnation of homosexuality.

This coincides with the way scholars view early Jewish interpretation, as Brett Krutzsch — a professor at NYU New York that focuses on religion, queer theory, and Jewish history — shared in an interview conducted by the Gazelle, “Within the Jewish community, the main sin of that story is the sin of not being hospitable to neighbors and to strangers.”

Despite possessing enough evidence to infer that the interpretation of this Biblical narrative condemns homosexuality is not very accurate, however, we still employ that undertsanding today. Such reluctance to consider different (in some cases more accurate) perspectives, in my opinion, displays two things: convenience of the aforementioned interpretation and fragility of religion.

These interpretations create a vicious cycle: we learn homophobia from religious interpretations, and to perpetuate that oppression, we once again apply our religious beliefs, because interpreting the scriptures in that way proved to be a convenient and profound argument against homosexuality. The only to way to condemn something otherwise “uncondemnable” is to add an element of divinity to it, by suggesting that Higher powers view it as a sin.

Such history of mis-interpretation and the heat Pope Francis got for his statement also indicate the consequences of re-constructing certain religious beliefs. After hearing the words of the Pope, religious people were not able to marry the pre-conceived notions that existed in their heads and this new approach to thinking about homosexuality. Showcasing more support for homosexuality, the Church or any other religious institution would be obliterating what so many people view as a fundamental truth.

“It’s [Pope’s comments] something that produces insecurity because it seems to unravel some things people think as very stable,” shared professor Krutzsch. He adds that people who use a specific Biblical interpretation as something authoritative to win an argument, find it very threatening to witness a radical change of that same interpretation. Thus, further positive discussion of homosexulaity and gender theory by the Church or any other religious institution is very likely to engender the same type of uproar as the response Pope Francis received.

It is, however, up to us now to understand and examine scriptures more closely and abstain from using the word of God in order to oppress or belittle different groups. Therefore, instead of clinging to different interpretations that were passed down to us by tradition, I believe, we should, most importantly, open the Holy Books ourselves and try to understand the words God said, not the words we heard.