Donald Trump remains the leader of the Republican party. 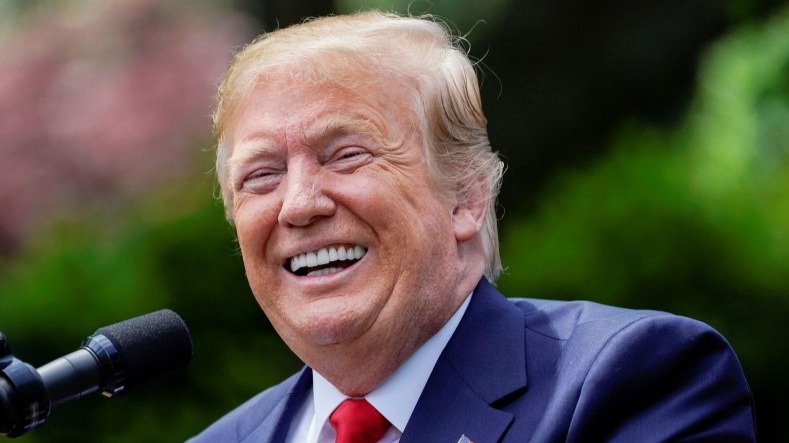 The second impeachment trial for Donald Trump failed to indict him yet again; if he had not been acquitted the Senate would have been able to bar him from holding future office. But now, former President Donald Trump may run for office again in 2024, for a second term. But how would he fare in the next election?

According to a poll conducted by the Morning Consult/Politico on Feb. 14 through 15, 54% of Republican voters said that they would support Trump in the 2024 election.

7 Republican senators voted Trump guilty, showing some friction in the GOP for letting the former President take office again. But even in the pool of senators that acquitted Trump, there is some degree of infighting. Mitch McConnell, the Senate minority leader, who did vote to acquit, was still critical of Trump.

McConnell’s statement: “There's no question — none — that President Trump is practically and morally responsible for provoking the events of the day. No question about it. The people who stormed this building believed they were acting on the wishes and instructions of their President… The leader of the free world cannot spend weeks thundering that shadowy forces are stealing our country and then feign surprise when people believe him and do reckless things.”

Some other Republican officials also think that Trump deserves to be convicted for his role in inciting the capitol riots, and they believe that he was harming the base by spreading misinformation regarding the 2020 election. It seems that most of the disapproval is within the Republican elected officials themselves, but many former Trump voters now reprimand his actions and what he stands for.

One example of a former-Trump voting organization that now opposes him is the Lincoln Project. The Lincoln Project has been criticizing Trump’s behavior and actions that he had taken to try and stop people from voting in the election, such as criticizing him for appointing Louis Dejoy as the postmaster general, who slowed down mail and made mail-in ballots take longer to reach their destinations. Another organization similar to this is Republican Voters Against Trump, which encourages conservatives and former Trump voters to speak out against the President and their reasons for choosing to halt their support for him.

Even with pushback from these organizations, current Trump supporters that are still loyal to him have been affected by misinformation and even conspiracy theories, some of which were propelled by former President Trump himself. Many of these voters are angered by the Republican party and mainstream media as they are critical of Trump. In a poll conducted by The Hill from January 28 to January 29, 64% of Republican voters would support a third party led by Trump, while the other 36% were unlikely or very opposed to supporting him again. Other voters even want to create a new political party for reasons such as ineffectiveness from the GOP or because they’re dissatisfied with Trump but still believe in his policies. Such organizations have even already sprung up, such as the TAPPUS, or The American Patriot Party of the United States. They have policies such as lowering taxes and being hard on illegal immigration, similar to Trump-era policies, but they expressed that they would not want to endorse Trump because he is too ‘personally divisive,’ the Virginia Mercury reports.

After the 2020 election, many Republican voters were angered by the results and tried to branch off into their own political factions or create their own political organizations. While there is still a large amount of time between now and the next election, the current candidate on track to win the Republican nomination is Donald Trump. 2024 may be the year where the US will see if it is willing to grant Trump a second term or give the Presidency to an entirely different Republican.