What is happening in Belarus, the country with Europe's last dictator?

Elections, protests, and life in Belarus where freedom of speech exists only on paper. 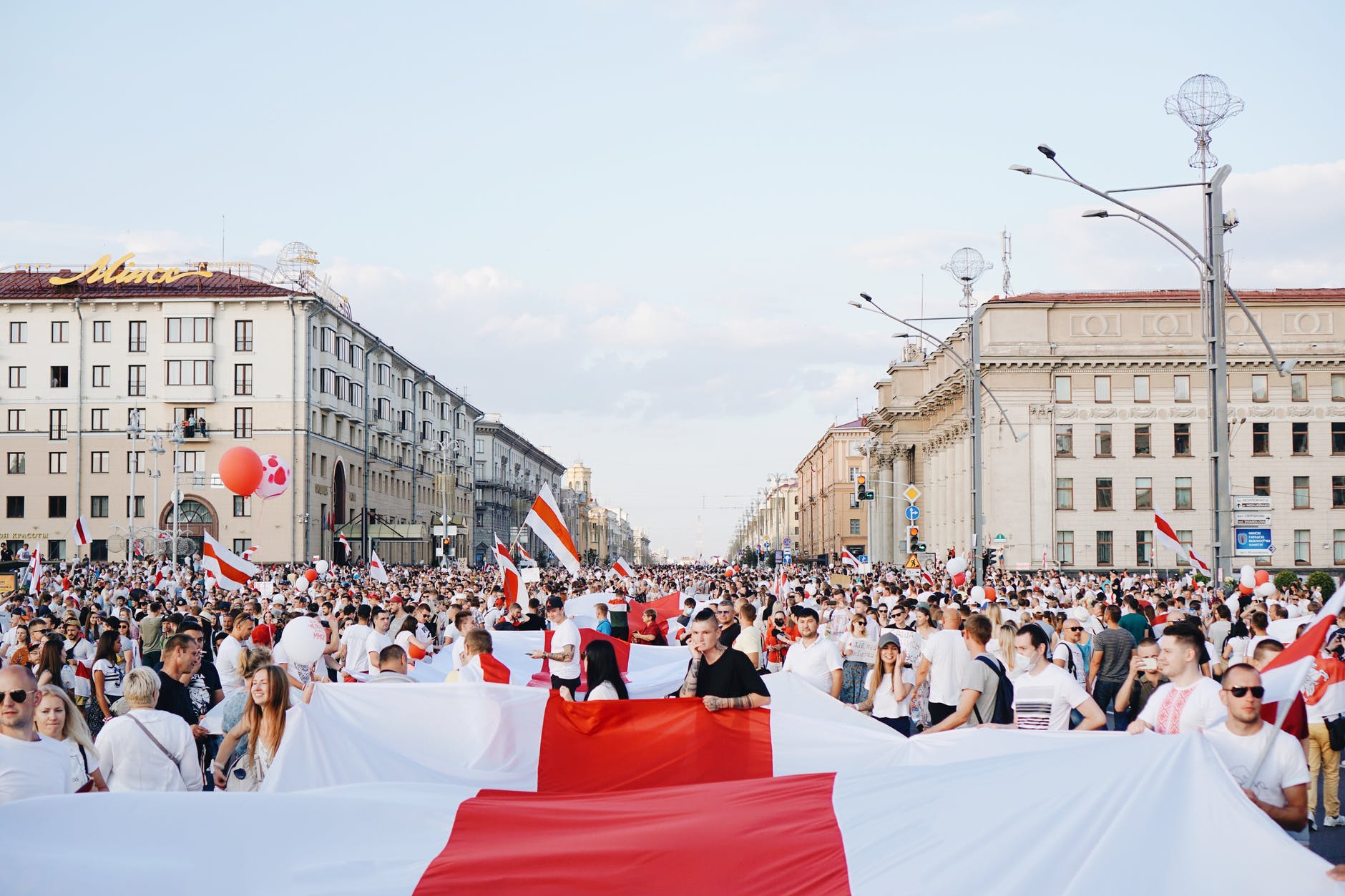 Belarus is a country near Russia and Ukraine, in the center of Europe. Soon after the fall of the USSR, Belarus became a presidential republic. Since 1994, the country has had only one president, Alexander Lukashenko, who is often called "Europe's last dictator." So what is going on in the country with such a ruler?

How did Lukashenko start?

From the very beginning of his reign, Lukashenko started creating his system of governing. The censorship of the press increased. Lukashenko prohibited objectionable articles from publication, which led to newspapers coming out with white pages as a symbol of protest.

In a year of his rule, Lukashenko initiated the first referendum, which was negatively perceived by a group of deputies. In protest, they went on a hunger strike right in the meeting room. Security forces beat deputies and ejected them from the room. Making the executive branch use force against the legislative branch, Lukashenko, as many people believe, established an anti-democratic regime and started to strengthen authoritarianism. In the following years, some of his opponents disappeared under mysterious circumstances.

Some people believe that only election fraud allows Lukashenko to stay president. However, he has supporters who are sure that his strength and credibility make Lukashenko the best president and a guarantor of stability.

The opposition of Lukashenko weakened over the years. Some of his opponents forcibly left the country. Others were imprisoned or gave up on the idea to change something in Belarus. This situation was lasting until the elections of 2020.

That year, people saw three potential presidents — Viktar Babaryka (banker), Sergei Tikhanovsky (video blogger, pro-democracy activist), and Valery Tsepkalo (politician, diplomat). The first two were imprisoned and not registered as candidates. Tsepkalo left the country because of the fear for his life and the lives of his family members.

At this point, three women took the initiative. Sviatlana Tsikhanouskaya, English teacher and interpreter, the wife of blogger Sergei Tikhanovsky, decided to participate in elections instead of her husband. Apparently, Lukashenko did not take her seriously, as Tsikhanouskaya became a presidential candidate. Veranika Tsapkala headed the team of her husband. Maria Kalesnikava was a leader of the Babarika's campaign.

Eventually, three campaigns united and started fighting against Lukashenko together. They were planning to release political prisoners and hold second fair elections after the victory.

People were shocked after the announcement that Lukashenko received 80,1% of the votes, while Tsikhanouskaya got only 10,1%. A big part of the population believed in the rigging of the elections as independent observers were not allowed to do their job, documents with the results were not shown, and platforms for vote count presented very different results.

Some people believe that even though there was election fraud, Tsikhanouskaya would not win because her result would be around 30-40%. Others lean towards the idea that she would get 60-70%. Anyway, a plethora of people thought that the government stole their votes, so the protests started.

The Internet did not work throughout the country for a few days. On the night of the elections and afterward, police used tear gas, rubber bullets, and stun grenades to break up crowds. Around 3,000 people in the capital and thousands of protesters all over the country were arrested on the first day.

The next day women wearing white and with flowers in their hands took to the streets. They linked arms, creating human chains. This act inspired thousands of Belarusians who started bringing flowers and balloons to other protests.

For months every Sunday, people were participating in marches in Minsk. Independent sources numbered up to 300,000 people participating in some of them. However, according to the authorities, the number of citizens was around 30,000- 40,000.

Some large factories stopped working as their employees were supporting protesters. Lukashenko came to the largest one to talk to workers, but they booed him. Soon state TV staff joined protests.

According to victims, warders forced people to sing anthems of riot police during beatings, undress, and go through rows of security forces who were beating them with batons.

“Naked men were on their knees, hands behind their backs, and heads against the wall. Walls and the floor were in blood,” one of the arrested journalists said. Residents of houses near detention centers were reporting screams from these places at night. In general, around six people died.

Videos and photos of police violence and the aftermath of their actions filled the Internet. The government, however, denied any abuse from the security forces and did not open criminal cases against them. Lukashenko said that riot police protected Belarus from blitzkrieg and that the Western states organized the protests. The demonstrations faded in around four-month.

Reactions of other countries

Russia, China, Kazakhstan, Turkey, and other countries congratulated Lukashenko on his election victory.

Such countries as Great Britain, the USA, countries of the EU, Ukraine, Canada, and others did not recognize the results of the election and legitimacy of Lukashenko, imposed sanctions on him and his supporters, and condemned violence against citizens.

Soon countries worsened sanctions because while one of Ryanair's passenger planes was flying from Athens to Vilnius over Belarussian airspace, Belarusian air traffic controllers informed pilots that there was a threat on board and asked the plane to land in Minsk. A fighter jet escorted it during landing.

By coincidence, Roman Protasevich — former editor-in-chief of the biggest and most famous opposition outlet — was one of the passengers. Protasevich and his girlfriend were arrested after the landing of the plane. There was no threat on board.

While most countries condemned the actions of Belarus, many of them even stopped flying over or landing in the country and imposed more sanctions.

Forced to leave the country, Tikhanovskaya lives in Lithuania and meets with politicians from various countries to persuade them to impose sanctions against Lukashenko and his supporters. On July 28, 2021, Tikhanovskaya met with President Biden. “I was honored to meet with @Tsihanouskaya at the White House this morning. The United States stands with the people of Belarus in their quest for democracy and universal human rights,” he tweeted after the meeting.

As the government stated, they arrested Kalesnikava while she was crossing the Ukrainian border. However, other sources declared that the authorities tried to deport her from the country, but Kalesnikava tore up her passport to stay in Belarus and was arrested after that.

Veranika Tsapkala left the country. She lives in Latvia with her family and continues working with Tikhanovskaya.

More than 35,000 people were arrested during protests. And currently, there are around 600 political prisoners in Belarus.

The authorities blocked dozens of independent media in the country and arrested dozens of journalists.

Some people believe that oppositionists lost. Others keep hope alive and continue fighting against Lukashenko and his system.