Why 2021 Is the Year of Electric Cars

2021 is bringing a plethora of new vehicles, changing the EV landscape. 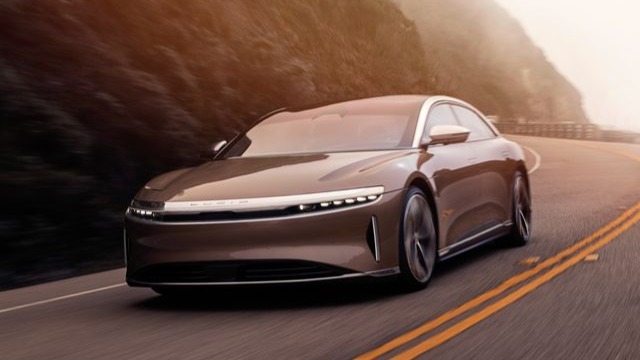 This year, a plethora of new electric cars are coming to the market. You might be surprised that some of those cars aren’t Teslas. In fact, the majority aren’t. Finally we are beginning to see the competition take shape: large manufacturers like Ford and Hyundai, as well as startups such as Lucid and Rivian, are bringing compelling vehicles to the market. Today, we’re going to explore these new options, why they are positive for the future of electric cars, and why I consider 2021 to be “the year of EVs”.

Although electric vehicles have gained steam these past years, the market has been heavily dominated by Tesla. Tesla’s cars have long been market leaders in range and performance, which has gained lots of interest from eco clients and speed-demons alike. Tesla’s supercharger network has also been instrumental in the cars’ reliability, which is why Tesla currently has a 74% market share for EV’s. This year, however, other manufacturers are starting to catch up, hoping to capitalize on Tesla’s faults and appeal to those looking for something different.

Although Tesla has long been lauded for their battery and autonomous technology, their production quality and service has been an issue for quite a while. Many people have reported manufacturing issues in their new vehicles, which is something that companies with a long history of vehicle production, like Ford and Audi, are looking to exploit. And what they’ve come up with is quite exciting.

Today, however, I really want to focus on only a handful of cars that are indicative of the different strategies companies are using to take down Tesla (or rather decrease their market share): the Rivian RIT, Lucid Air, and Ford Mustang Mach-E.

One of the markets that the electric vehicle scene has yet to touch is trucks. As trucks are one of the most popular vehicle types in the country, reaching that market is essential to EV growth. Rivian, a startup based in Michigan, aims to do just that. This year, they will begin deliveries of two vehicles: the RIT and RIS, an electric pickup and SUV. Although the RIS is promising, the RIT is what’s most interesting. A pickup that is specially made for adventuring, it has had many excited about how EVs can tap into the electric offroading/4x4 market. The truck features an innovative under-bed compartment (only possible due to the use of a battery), and even an optional camp-kitchen extension. In addition, Rivian is heavily invested in by companies like Ford and Amazon. With that kind of backing, they could be serious contenders, but so far they do have one significant limiting factor: pricing. Starting at $74,000, both vehicles are already cemented in the luxury truck market. Though this doesn’t mean Rivian won’t succeed, it does put them still behind competitors like Tesla in terms of competitive pricing. Rivian’s direct competition, the Tesla Cybertruck, is aiming to start at just $39,000 with the highest model going up to $69,000, still $5,000 less than the base model Rivian. Granted, the RIT and RIS do bring traditional design and quality materials, setting them apart from the Cybertruck. However, if it aims to reach Tesla’s heights, pricing will have to drop, but that's only natural for any startup coming to the market. The Rivian plans to begin deliveries in summer 2021.

Another startup aiming to compete with Tesla is Lucid Motors, a California-based EV manufacturer headed by an ex-Tesla engineer. Starting at around $70,000 but reaching almost 150,000 for its highest model, the Lucid Air is hoping to go neck and neck with Tesla’s Model S. Out of all the cars on the market, however, Lucid seems to be the one with the greatest chance at success. Their highest range model boasts a 500+ mile range and a 0-60 around 2s, which hasn’t yet been seen in a production car. With luxury materials and design, and aims to match Tesla’s autopilot system, they could be the next high-end electric car. But as with the Rivian, it does not solve our price issue. EV’s don’t have much of a future if they cannot penetrate the lower-end car market, which Tesla has already started to do with its 35,000 Model 3. The Lucid Air starts deliveries in late Spring 2021.

This is where the Mustang Mach E comes in. A crossover starting around $42,000 -- that's right, a crossover, it aims to compete with the Tesla Model Y and other electric crossovers. The Mach E comes with a lot of automotive heritage: Ford has been making mustangs for decades, and we’ll have to see if the decision to attach the Mustang brand to their new electric crossover was the right decision. In any case, Ford has a long legacy of vehicle production, and with their competitive price, they just might be able to satisfy those who dislike the way Tesla makes cars. The Mach E has been received quite well by critics. With an 0-60 under 5 seconds, a range of 305 miles, quality tech and interior design, and a driver-assist system similar to Tesla autopilot, the Mach E will surely propel Ford into the EV market in late summer of 2021.

All of this buzz and innovation would surely prompt Tesla to do something to stay ahead, and it has. Tesla has definitely not slowed down, with many new cars on the way. In 2021 however, their most significant changes are those to their Model S and X, and the arrival of the Tesla Cybertruck. Tesla’s Model S and X are long-standing models, having been released in 2012 and 2015 respectively. Tesla has made incremental updates to those models over the years, but this year Tesla plans to release refreshes to those models, including new interiors and tech. The new Model S and X are now fitted with large landscape screens, a yoke steering wheel, and a built-in processor with the power of a gaming computer. Now, you can play blockbuster video games from the comfort of your backseat with a new back-row display. However, what has really caught the eye of electric car enthusiasts are the new plaid and plaid + Model S versions. The Plaid version, coming in the next month, boasts a 0-60 of 1.9s which is almost unheard of in any car (electric or not). The Plaid + version, coming late 2021, plans to have a 0-60 under 1.9s and a range of more than 500 miles, the most of any electric car by almost 200 miles. The Cybertruck also plans to release late 2021, with a competitive price of 40,000 (although higher models go up to 70,000). With high acceleration, towing capacity, bulletproof exterior, and tempered glass, the Cybertruck seems to be quite an exciting vehicle. Its looks, however, are controversial, but then again, Elon Musk can sell anything.

With Biden’s new funding for electric car development and charger rollout, and the plans to introduce electric semis and vans in the coming years, we just might be in the beginning of a new electric revolution.