A weird and sad saga. 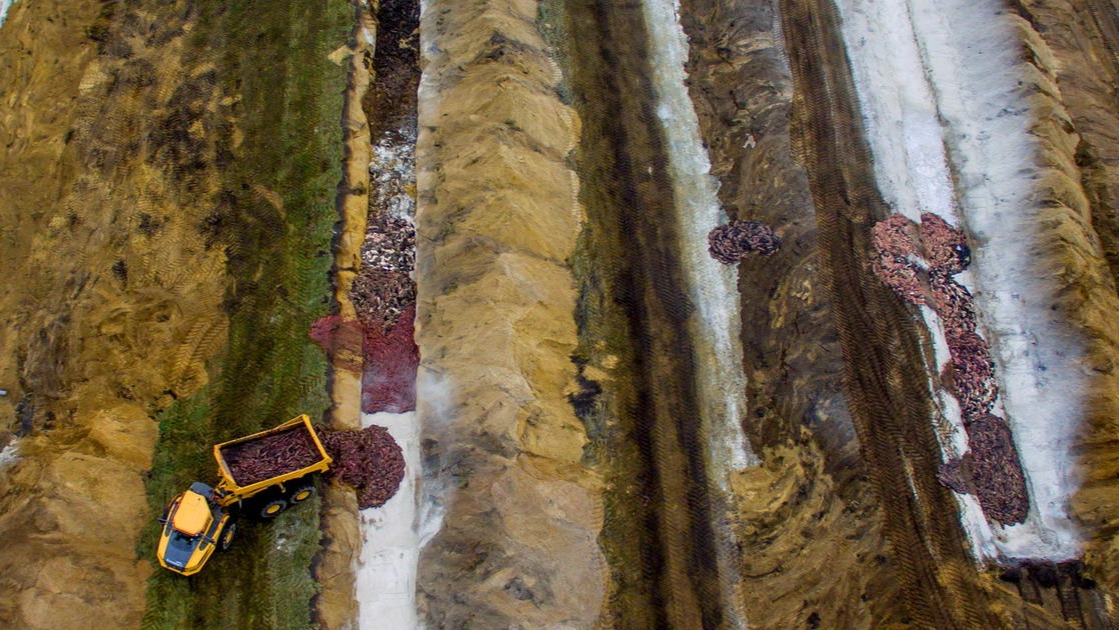 The country-wide, state-sanctioned slaughter of a domesticated animal typically happens over a lengthy period of time — definitely not all at once. And it’s even more bizarre that the animal in question is the mink, which exists in a strange region of our collective knowledge: we know that they exist, but not too much more. I was surprised to read that minks live in the United States because I have never seen one. They are cute — with the lithe body of a ferret and fur that stands on end when wet like an otter’s — and spend their time in the water and on land. In Denmark, many farmed minks are all white, which makes the pictures even more jarring — rows and rows of albino minks, which look like lab rats, stacked upon each other. These photographed minks are clearly dead, either lying upside down or giving a blank stare. In November, the coronavirus spread rapidly among the minks, and 17 million were killed to prevent the jump to humans. Now “zombie minks” are emerging from their graves and may have infected the surrounding groundwater, which has spurred calls to dig them up.

In the United States, thousands of minks have died of the coronavirus. The infections have been caused by the minks’ “natural susceptibility to the virus and the large numbers of minks kept in close proximity on farms” (Forbes). Public health measures are understandably difficult — officials say that getting minks to wear masks has only been slightly easier than getting Trump supporters to. Minks and humans have receptors that are abnormally easy for the Sars-CoV-2 virus to attach to, which means that huge outbreaks have occurred at mink factory farms around the world.

The coronavirus outbreak in Denmark has been steadily increasing since September, although the daily new case count is still about 100 times less than in America. Their total per capita deaths rank 69th in the world at 157.77 per million. To respond to the recent rise, Denmark is instituting a lockdown until at least January 3rd that will include “restaurants, museums, cinemas, and other cultural institutions” (US News) and will send students home. These lockdown measures harken back to the proactive ones instituted on March 13th, which were among the first in the world.

The aggressive decision-making that led to multiple severe lockdowns also led to the quick judgment to kill all 17 million domesticated minks. Minks are one of the few animals that we know can transmit the coronavirus to us. When the vaccine is released, minks could cause another outbreak with a new mutation of the disease that the vaccine cannot prevent. Danish authorities had detected that a mink strain of the coronavirus had infected at least 12 people and took extreme measures to prevent any more spread.

According to the New York Times, Denmark did not overreact even if coronavirus mutations do not affect the viability of a vaccine: “This set of mutations may not be harmful to humans, but the virus will doubtless continue to mutate in mink as it does in people, and the crowded conditions of mink farms could put evolutionary pressures on the virus different from those in the human population. The virus could also jump from mink to other animals. These are all worrisome possibilities, particularly in the midst of a resurgence of the virus in the human population.”

Every disruption on this massive scale will have multiple orders of consequences. There was no legal basis for the mass culling, as it was only allowed where infections were known. The fallout has resulted in the agriculture minister resigning and the prime minister, Mette Frederikson, facing harsh criticism. About 6,000 Danes work in the mink industry and are now out of a job. Somehow, 1.5 million dead minks are simply unaccounted for. Finally, the Danish Environmental Protection Agency will not know the environmental effects of the mass mink graves until early next year.

The slaughter has also raised questions about the fur industry. An associate director of PETA insightfully remarked, “With or without a cull, the animals on these farms would still be violently killed at some point” (NBC News). Most domesticated minks are killed within six to eight months. It’s only when all are killed within a week and images of thousands of minks stuffed into pits surface that the world pays attention. Perhaps this culling was a blessing — the minks were largely killed by gassing but normally die by “poisoning, electrocution, bludgeoning, and neck breaking” (Al Jazeera).

Quick tangent about zombie minks: in the introduction, I briefly mentioned “zombie minks” out of the hope that it would lead you to intently read the rest of the article. If you are reading this, then it probably worked. Zombie minks are dead minks that have risen back to the surface of their graves— not because of any supernatural activity, but because of gasses from decomposition. So not as cute or terrifying as you envisioned, probably more just disgusting and sad.

The randomness of the disease astounds me. Humans and minks — a seemingly arbitrary pairing — are the only known animals that appear deeply affected by the disease. The minks, a beautiful animal with a beautiful coat, who for that singular reason is bred and caged and slaughtered. In their natural habitat, the coronavirus would kill a small number of them, but packed into cages, many more die. And then suddenly every single one, 17 million in total, is gassed to death in Denmark and dumped into a shallow grave. Wow, it would suck to be a Danish mink in 2020. Or maybe it just sucks to be a domesticated mink all the time.