Why Do Democrats Always Need More Than A Majority?

"Its real operation is to embarrass the administration, to destroy the energy of government" 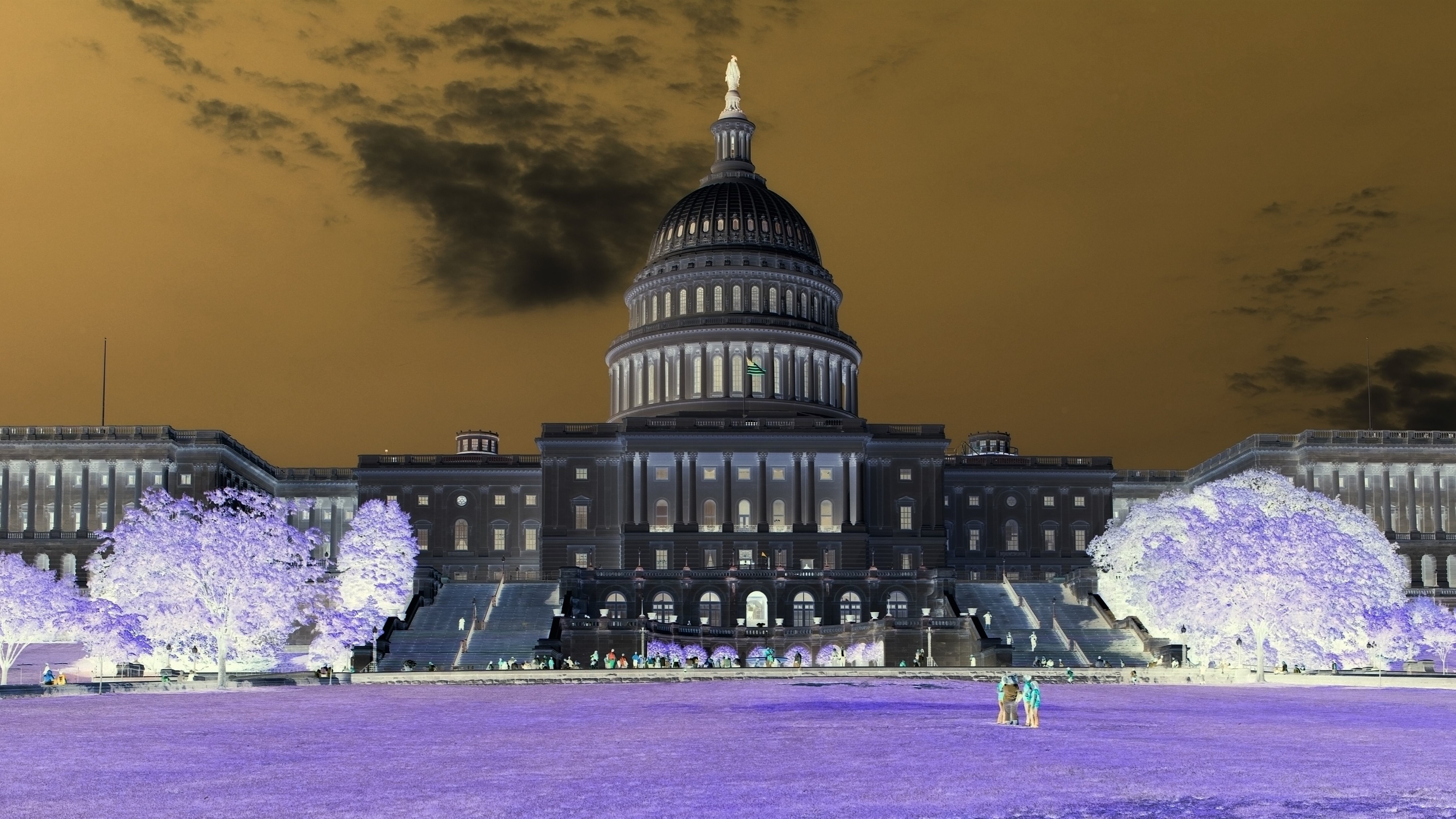 Imagine a democracy. A political system in which 50% and one voter determines the direction of the country. Or similarly, a republic in which 51 politicians can create and enforce the laws. Let’s call this place Acirema.

Imagine that everything about Acirema is identical to our current country, except this small shift to the political system. In this world, Donald Trump was just convicted and barred from office by a sizable bipartisan majority of 57% of the upper-governing body.

Of course, Acirema would not be nearly identical to America, because this small shift changes everything. Donald Trump may not have committed an impeachable offense. If we zoom backwards to Acirema’s 2020 Presidential election, the race was quickly called for Joe Biden, who won by 4.5% with a margin of seven million votes. Although Trump dog-whistles about illegal votes in California and other urban centers, just like he did in 2016, those are quickly ignored because of the insurmountable margin.

In fact, Donald Trump would not be president. He lost the election by 2% in 2016. To be fair, I am wary about making concrete statements about an alternate reality America that is strictly majority-rules. True democracy is not a fool-proof antidote to authoritarianism and other dangers. After all, strong-man leaders like Putin, Erdogan, and Bolsonaro gained power through democratic means before reinforcing and cementing their regimes.

Un-democratic processes such as the electoral college and filibuster have a devastating effect on governance. Politics is supposed to be simple: you improve people’s lives, they like you, and they vote for you in the next election. Without this feedback loop, a political party can do whatever it wants, completely go off the rails, and still win elections: unpopular becomes popular enough, truth becomes alternative facts, and conspiracy theories become truth. The electoral college means that Republicans can win with a minority of the population, which turns politics into a turnout-driven affair: get the base out, lose by a couple points, and win the election.

Any argument against the electoral college rests on an insane argument: that some people are worth more than others. One might ask, “Do we really want the big cities to dominate the presidency?” A reply might be, “No, we should treat them exactly equally. One person, one vote. In fact, by asking that question, you are acknowledging that Democrats get more votes. Do we really want the rural states to dominate elections? Are we not a democracy?”

The filibuster, which has effectively become a barrier to legislation without 60 votes in the Senate, is a fundamental aid to conservatism. It makes it harder to get things done. The filibuster is “standing athwart history yelling stop!”, as conservative William Buckley famously said. As long as the filibuster is in use, the governing party will only have one shot each year to prove that they still deserve to govern: budget reconciliation. The $1.9 trillion stimulus package that Democrats are trying to pass falls under that category.

Budget reconciliation creates a special exception once a year to circumvent the filibuster for a bill that directly affects spending and revenue. Many of the most important bills have been passed through budget reconciliation such as the 2017 Trump tax cuts, an attempt to end the ACA, and Obama’s changes to the ACA. If the filibuster is so good at fostering cooperation, why are all the major bills passed through its exception? Good question, reader. In fact, budget reconciliation acts as a band-aid to staunch an amputated appendage wound. Majorities in other democracies do not only have one shot each year. One of the most important bills that Democrats promised to pass is a $15 minimum wage, which might not be approved for reconciliation by the parliamentarian. Another is the John Lewis Voting Rights Act, which would not be able to pass either.

Some Democrats have already objected to ending the filibuster. Joe Manchin “will not vote” to kill the filibuster. For a deep dive into Manchin’s opposition, read this incredible article. Kyrsten Sinema is “against eliminating the filibuster, and she is not open to changing her mind” (National Review). Of course, they might be persuaded to change the filibuster and not completely eliminate it.

Perhaps, when Republicans take power again, they won’t weaken any other part of the filibuster because they have effectively dismantled it for the only governance that they care for: judges. Then again, if Democrats don’t improve or kill the filibuster in the next two years, history suggests that someone will in the future.

A central argument in favor of the filibuster is that it increases cooperation. That is simply not true. Can anyone say that today, with its ever increasing filibusters, is an era of good-will and bipartisanship? The filibuster accidentally originated from Aaron Burr’s (yes, that Burr, sir) attempt to clean up the Senate rule book. Whoops. Over the years, the filibuster was used exclusively to shut down anti-lynching laws and other civil-rights legislation. Today, the filibuster is used against everything.

The founding fathers knew the dangers of making it harder for the majority to govern. In the Federalist Papers, Alexander Hamilton argued against supermajority requirements: “But this is not all; what at first sight may seem a remedy, is in reality a poison. To give a minority a negative upon the majority (which is always the case where more than a majority is requisite to a decision) is in its tendency to subject the sense of the greater number to that of the lesser number… This is one of those refinements which in practice has an effect, the reverse of what is expected from it in theory. The necessity of unanimity in public bodies, or of something approaching towards it, has been founded upon a supposition that it would contribute to security. But its real operation is to embarrass the administration, to destroy the energy of government, and to substitute the pleasure, caprice or artifices of an insignificant, turbulent or corrupt junto, to the regular deliberations and decisions of a respectable majority” (Federalist No. 22).

Joe Manchin sticks out like a sore thumb in the Democratic caucus. Manchin has an astounding record of victory in a state that is blood-red: Trump won by 38.9% in 2020. Currently, the filibuster and Senate margin allows him to walk a narrow line: taking stands against progressivism while arguing that the bill wouldn’t have passed anyway. Reforming the filibuster would take away Manchin’s cover but he would have enormous power to determine Biden’s agenda.

In the 2020 election, record numbers of people voted in a pandemic which is extraordinary and thanks to the efforts of early-voting and mail-in-voting. Republicans recognize this and are already moving to suppress the vote for future elections. Florida Republicans are already moving to make it harder to vote by mail. According to the Brennan Center for Justice, “Thirty-three states have introduced, prefiled, or carried over 165 restrictive bills this year.”

A bill that would strengthen voting rights would be dead on arrival in the Senate due to the filibuster. The longer that the current system exists, the more unjust Republicans will make it and the harder it will be to reform it.

Democrats have learned some lessons from 2008, when Obama had an astounding 60 Senators and still struggled to pass legislation. Because of their narrow majority, lack of bipartisanship, and the filibuster, Democrats know that they only have one real shot at this. In addition, the current economic theory dictates that debt doesn’t really matter and spending more is better.

If the budget reconciliation bills are large enough, perhaps that will allow Democrats to keep a hold on government, after all, a historically unpopular president did quite well due to stimulus checks. But do we really want to bet on it? In a year with very favorable conditions for Democrats, the margins could not have been closer. The longer that anti-democratic changes are allowed to fester, the harder it will be for Democrats to have another chance like this. And the longer that lingering problems that people care about  — climate change, racial justice, economic inequality — will languish by the wayside.

20% chance that $15 minimum wage passes with the $1.9 trillion stimulus package.

60% chance that Susan Collins votes with Democrats on stimulus.

80% chance that Democrats make a tweak to the filibuster within two years.