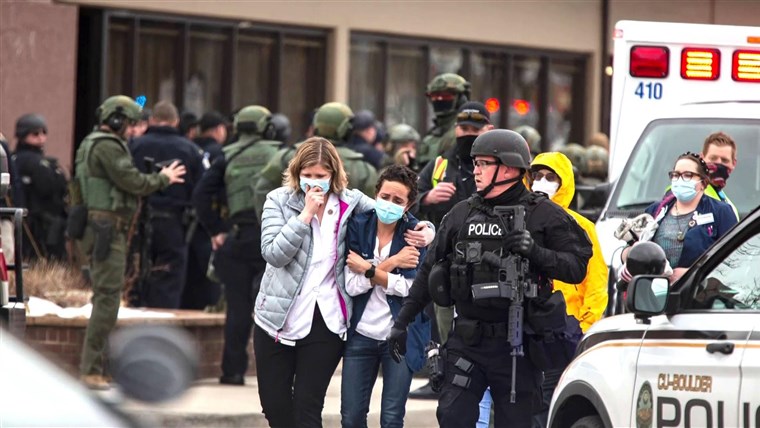 During the pandemic, most public places have suspended their operations and now comply with state guidelines, limiting the number of people allowed in a particular building. Because of this, the amount of mass gun violence is thought to have decreased, but this is not the case.

According to USA Today, around early July of 2020, shootings went up 53% in New York City, 23% in Atlanta, and 46% in Chicago, compared to the same time frames of the year previous. Time reports that in America, over 19,000 people died as a result of gun-related deaths, which is the highest amount of deaths caused by guns in over 20 years.

Despite the fact that Democrats and Republicans have always been divided when it comes to gun control, HR8, also called the Bipartisan Background Checks Act of 2021, passed with a total vote of 227 supporters to 203 in opposition. 8 Republicans voted in support of it and 1 Democrat voted against it.

While some Republican lawmakers supported the bill, as it passed up to the  Senate, a filibuster is expected, raising the vote threshold to at least 60 votes rather than just a majority. Additionally, no Republican senators have shown major support for the bill, so it is likely it will fail to pass.

With HR8, a separate piece of legislation called the Enhanced Background Checks Act of 2021 also passed through the House of Representatives. It would close the “Charleston Loophole,” named after the shooting that took place in Charleston, South Carolina, in 2015, where 9 black people were gunned down in a church in a hate crime by a shooter who successfully purchased a gun before a full background check could be completed (CNN).

This kind of legislation has been coming for a long time, ever since the 2012 Sandy Hook Elementary School shooting that took 26 children’s and staff members’ lives. Since then, there has only been more gun violence and school shootings, and even more support for stricter gun acquisition laws. This has proven especially true by the national influence of the March for Our Lives organization, formed in the aftermath of the Marjory Stoneman Douglas High School shooting.

The Pew Research Center reports that “Overall, the share of Americans who say gun laws in the U.S. should be made stricter has increased from 52% in 2017 to 60% [in 2019], according to a survey conducted in September. The share of those saying gun laws should be less strict has dropped from 18% in 2017 to 11%.” A 2019 poll conducted by NPR shows that 89% of overall Americans polled support background checks in gun shows or other private sales, including 84% of Republicans. Undoubtedly, many Americans are, in some form, worried about safety concerns in regards to the purchase of firearms.

In a chapter of US history where gun violence runs rampant, many people are injured or killed and many more are traumatized. While conspiracies still influence some elected officials and a sizable amount of the voting-age population, legislators will continue to work to continue advancing gun control measures.