Will the Compulsion to Become the Anti-Trump Cause Biden's Demise?

Some of Trump's policies may be worth pursuing. 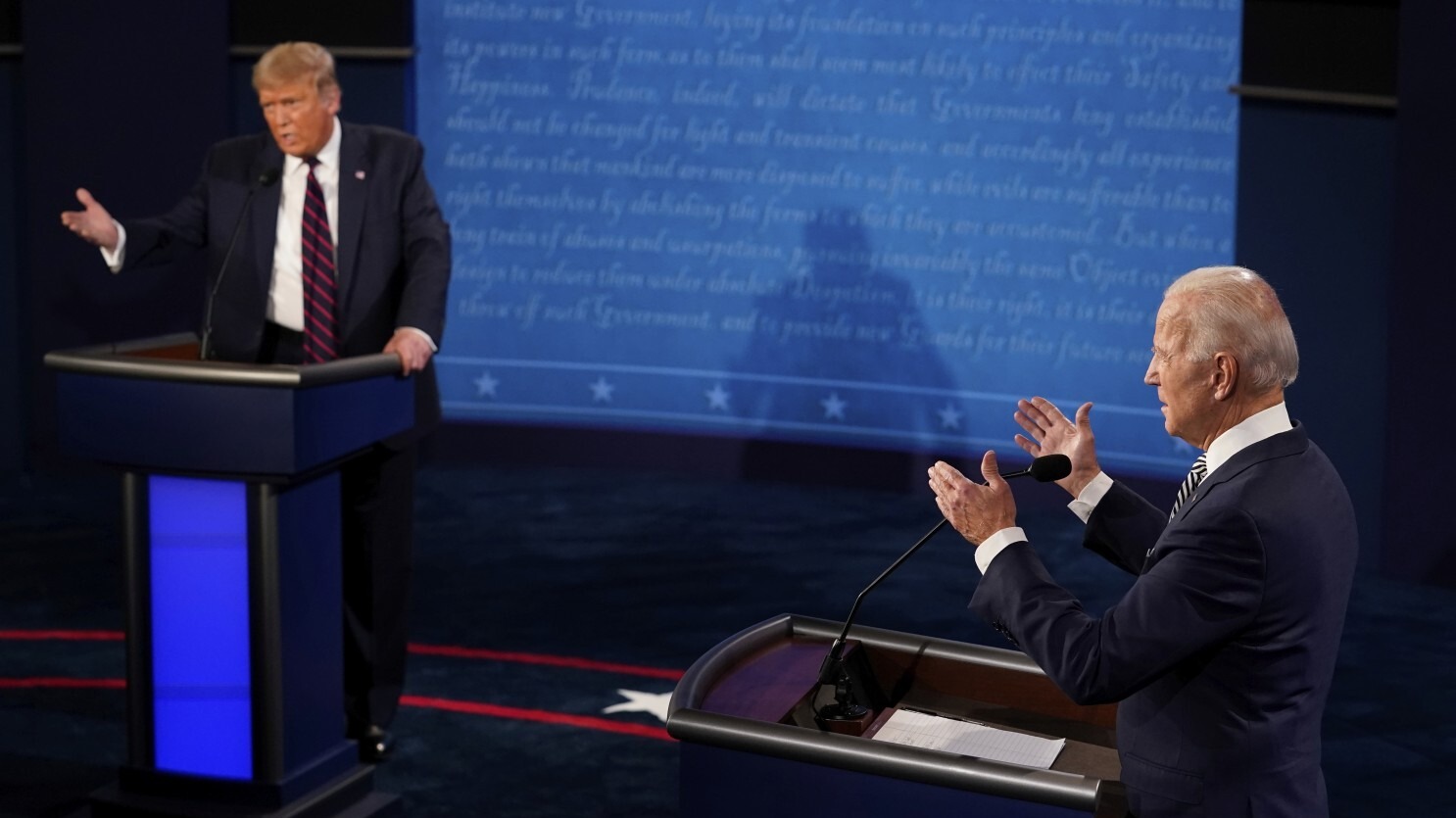 Over his presidential term, Trump made several decisions that could be called “controversial” to say the least. His successor has been given the job to clean the graffiti that the Trump administration painted over the American legacy, but will Biden succumb to the pressure and reverse all of Trump’s policies, regardless of the rationale?

“A day for history and hope, of renewal and resolve,” described Joe Biden the day of the presidential inauguration in his speech, a day that held so much meaning for people all around the world, from Muslim immigrants to Mexican children caged at the border to environmentalists gone unheard for the last four years, thanks to the man who unsurprisingly wasn’t even present at the ceremony; Donald “Another Impeachment Trial” Trump. Trump’s presidential term has been consequential if anything. Never before, have the sentiments of this many stakeholders been crushed by one man. A deep clean was an obvious, impending requirement to rid America of the internal hate, violence, and pure distaste that its citizens had garnered. America had grown irrelevant abroad after the persistent absurdity that was the Trump-Era, and everyone knew that a change was needed before this irrelevance spread to the homeland.

This change ironically came in the form of another seventy-year-old white man. Nothing quite exemplifies the Biden campaign like one slogan — that was curated by former supporters of Sanders and Warren — Settle for Biden, that vocalized the desperation of America and the rest of the world for stability, but more importantly, for a reversal of America to its long-forgotten former glory. No one was better qualified to take America back to the Obama Era than Obama’s right-hand man himself. Arguably, this promised journey back in time panned out to be Biden’s winning piece, not just for his battle against Trump but more significantly, for the Democratic election. People weren’t looking for Bernie’s innovative green policies or Yang’s UBI, people were just looking to Settle for Biden.

Therefore, that is what people expect him to be; the Anti-Trump. An antidote to rid them of the memories of the last presidential term. Biden knows that. He knows that the people and the democratic party want a complete whitewash of Trump’s wall. Now that we know the expectations, the reality seemed rather convenient. The first twenty-four hours of Biden’s time in office headlined a few major reversals. From rejoining the Paris Accords, ending the Muslim Ban, revising immigration enforcement policies, and promoting racial and gender equality. Essentially, going against everything the Trump administration stood for in the past four years, and it was well-received. Everyone seemed happy, content at their decision on election day, but how far will Biden be forced with this clean-up?

From the outside, the oval office sure does seem like an easy place to be at right now, however, the tough parts come when you have to reverse Trump’s policies that weren’t crafted by the eight-year-old inside him. Behind all the controversial policies, there were a few, dare I say it; rational policies. Even if some of them lacked in execution, they more than made up for it in spirit. Let’s not forget, Trump did garner an incredible amount of support within America. For your avid mainstream media reader who read all the critics’ reviews of his time in office, that sounds like a completely insane notion. You could lend this support to the ignorance and incompetence of fanatical Trump voters, but the numbers still don’t add up, unless you consider that maybe not all his policies were complete gibberish. Some may have even been alright.

If you look at things from your right eye for a moment, you start noticing how Trump did go quite far with putting America first. Whether it was immigration policy or tax deductions for lower-income brackets, to imposing tariffs and sanctions, boosting domestic production, he managed to stimulate plenty of economic activity for your average American. This was clear as daylight when the US economy recovered extremely well after the COVID-19 plunge, shocking all the critics that anticipated a long-term recession.

Now, establishing the Democratic party pressure on Biden to ease this nationalistic agenda, we are left with two sides in the matter. On one hand, despite Trump’s best efforts to put Americans on top, at the end of the day, the response the people gave him was a failed re-election campaign. Besides, Biden is anyway pumping in large amounts of money for low-income Americans with the COVID relief schemes. On the other hand, a reversal of these policies would be noticeable to your everyday working-class Americans and that may hurt Biden in the long term, and let’s not forget, it was the low-income bracket Americans that Trump targeted in the 2016 election, and they were what led to Hillary’s demise. So, Biden must act carefully and compensate plentifully for every nationalistic economic policy he retracts.

Furthermore, another avenue of Trump’s policy that might suffer from a reversal are his matters abroad. On paper, Biden will try to carry forward Trump’s foreign policy, because nothing is more unpresidential than a complete shift in a nation’s foreign policy over a 5-year period. Biden still wants China to expect “extreme competition”, but he made it clear that he wasn’t going to take Trump’s approach. Hence, most critics expect Biden to be softer on China, it is what is required to fill the role of the Anti-Trump, he will have to be mature, I know – it sounds very unpresidential these days. However, these mature methods would mean a much softer and less aggressive tone, one of understanding and compromise.

The real problem arises when you think about whether a softer, more mature approach is actually even necessary?  Trump’s methods may have been unorthodox and confrontational, borderline impulsive and irrational, but what is really not the best approach. People have been frustrated with China in recent years. People within America and people outside, including some of America’s biggest allies. From the Uighur crisis to the debt-trap diplomacy, China’s bid for global domination is overstepping on the role of the US in a major way, and as most people would tell you, Trump’s response was appropriate, if not warranted by China’s actions. The Chinese 5G bands rate controversy or the Tiktok ban, it was the best time to put Americans on #1, and Trump really seized the opportunity to hand it to China. The trade war may have hurt the economy, but people respected the way Trump was hitting back hard at China, no one appreciated it more than allies like India.

Unfortunately, Biden’s contrastingly more weak approach towards China will push these allies away. Even in the middle east, Biden seems to have completely forgotten about Israel and keeps reinforcing the two-state solution and the notion of equality for Palestinians. Israel is another ally that Trump bolstered strong relations with, whether it was the peace agreements or the consulate in Jerusalem, it showed American intervention in the Middle East in a much more positive and peaceful light in recent times. It is clear if Biden doesn’t stand to similar standards, Israel is also likely to grow more distant. The point is America needs allies right now. If the US has any plans to stay relevant and take up the challenge from the east, it needs to ensure that old allies aren’t forgotten.

Although we must concede to the fact that no one was the king of reversals and contradictions like the man himself — Donald “Banned from Twitter” Trump. This real magic eight-ball behavior wasn’t crystal anywhere more than it was in the Middle East. He would support the Kurds, and then back away from them. He would support the Turkish and then impose sanctions on them. He would withdraw troops and then recommit them. However, this unpredictability and volatile behavior from the Oval Office may have done more to keep peace in the Middle East than what is visible on the surface. It instilled a fear in the big players of the region, keeping them on their toes and in turn, their best behavior. Ironically, Biden’s bid for stability may send the region into chaos, for they know his actions will be a lot more measured and so will the consequences that they face for their actions. He will go through hoops to ensure that his policy isn’t deemed rash, for that is a very “Trump” thing to do. A recent example is that after the release of a report pinning the blame on Crown Prince Mohammad bin Salman of Saudi Arabia for the killing of journalist Jamal Khashoggi, Biden decided on a weak response that did not penalize the monarch directly.

Jumping back to the current situation, Biden is “reviewing” a lot of older Trump policies, but stalling isn’t the solution. The expectation is visible, and action must be imminent. However, Biden has a dilemma on his hands, should he submit to the weight of the Donkey on his shoulders as well as his own desires to establish a strong contrast to his widely ridiculed predecessor, or should he avoid being dismissive of every Trump policy and action, to consider their feasibility, but more so, the infeasibility of stripping them. A question of whether Trump even deserves a rational consideration of his policies, or do his actions warrant a complete denial of validation towards him and his policies within the White House. There may be a middle ground here, but in this case, trying to please everyone might be the worst option for Biden. The people of America and Biden may benefit from a more contemplated reversal of Trump’s policies, but not only is this just a thin veil to show that America had it together even when Trump was in power — they really didn't, but Trump’s policies also seemed to have a visibly negative response from the whole world.

The bottom line is that Biden needs to know what policies to reject and what not to reject. Emotions of hate and distaste may seem tempting to act on, but it’s important to choose the most sensible approach. He needs to build on top of Trump’s wall, not tear it down altogether.