Three options for the White House's take on the storming of the Capitol. 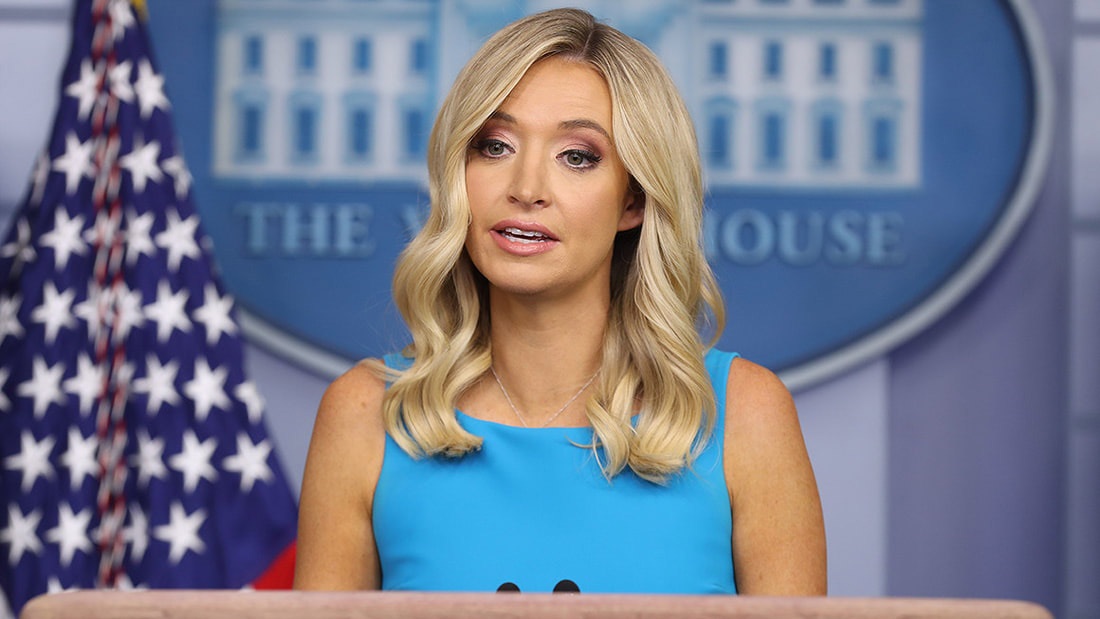 In the wake of rioters breaking into the Capitol, conservative media will very likely attempt to spin the event into a more favorable light. I attempted to help Kayleigh McEnany, the White House press secretary, out by writing three different options for her statement. Of course, none of the speeches reflect my actual opinions.

“The real question we should be asking ourselves is why the Capitol police allowed so many people into the building. And I don’t think it’s out of the question that Antifa supporters collaborated with the liberal deep state in the District of Columbia.

This will be all of our communities and beautiful suburbs if we allow the radical socialists to steal the election and enforce their policies upon us. They will defund the police and allow Antifa to storm all of our houses and destroy the America that we have built.

The majority of the crowd, who were peacefully protesting, may have attended President Trump’s rally. However, we cannot rule out that the small number of men and women actually entering the Capitol today were in fact members of Antifa. Their motivation in disguising themselves as supporters of President Trump is clear — they engaged in reckless violence and were able to shift the blame from themselves, far-left domestic terrorists, to law-abiding citizens.

In addition, the lackluster response of D.C. controlled law enforcement raises deeper questions about whether Mayor Muriel Bowser and other officials took the proper precautions to deter left-leaning rioters. We strongly condemn in the harshest of terms the domestic terrorists who left death and destruction behind and give the American people our most solemn promise that we will investigate whether those involved are in fact Antifa-affiliated.”

Option 2 is to whitewash the protests:

“On Wednesday, a small number of protesters broke into the United States Capitol which is disgraceful and despicable. However, we shouldn’t lose sight of the overwhelming number of Trump supporters — thousands of peaceful protesters — who demanded that the many discrepancies of the recent elections be thoroughly investigated.

Democracy is central to the American way of life. And when you take that sacred liberty away from them, people are rightfully angry. It is absolutely disgraceful that our nation’s government refuses to even create a committee to investigate a stolen election that millions of Americans have no faith in.

In sum, only two people were injured in the events. During the Black Lives Matter protests of the summer, thousands of people destroyed property, and while we condemn the small number of protesters at the Capitol, the biased media has repeatedly misled the American people.

President Trump repeatedly disavowed any supporters engaging in destructive actions and told them to go home peacefully. However, the media will not report on this, because they do not want you to know about the responsible steps toward safety that the President took. Even now, Twitter, Facebook, and Instagram, companies that have materially benefitted from the President’s wide support are censoring him. We live in America, not China!

And that gets to a fundamental point: when you take away people’s God-given rights — to life, liberty, and the pursuit of happiness — people are rightfully furious. The vast majority will voice their displeasure through the first amendment, but a small handful will go further. The President repeatedly decided to dissuade these small number of protesters, but they were undeterred in securing their American freedoms.

The President wants to move past this incident — so much so that he is willing to assent to a peaceful transition of power despite the fact that he won the 2020 election. His graciousness is a model to everyone and will go a long way toward rebuilding the global reputation of America after this incident.”

Option 3 is to justify insurrection:

“In 1776, patriots promised destruction of the status quo and the ushering in of a new era of liberty. They were fighting against the entrenched injustices of a despot, who taxed their wealth in order to fund luxuries an ocean away. The British looked upon our patriots as backwater scum and hillbillies.

The patriots used destruction as a last resort, only once they had been killed during the Boston Massacre. That was when they heroically resolved to fight back, as any proud and freedom-loving people would.

Today, the ruling class is a group of many people, supported by a deep network of the government, media, and massive corporations. Over the summer, the President’s supporters were killed and injured by radical Antifa members, and millions of dollars of property were destroyed by the Black Lives Matter movement. The only natural response is righteous fury.

Your democratically elected president, Donald Trump, entered the office on the waves of your discontent. He promised you that he would “Drain the Swamp.” If there is anything that President Trump did not accomplish, it is that he has not vanquished the forces that wish to keep him out of power, restore his supporters to their rightful place, and do harm to our children.

Despite winning the 2020 Presidential election by a historic margin, your president will be robbed of power. All he asks is that you continue the promise of our forefathers, the American struggle that he toiled under for the past four years — to protect America from enemies near and far who wish to do us harm and preserve the freedoms that make us who we are.

“I am here to deliver this message on behalf of the entire White House. Let me be clear: The violence we saw yesterday at our nation’s Capitol was appalling, reprehensible, and antithetical to the American way. We condemn it — the President and this administration — in the strongest possible terms. It is unacceptable, and those that broke the law should be prosecuted to the fullest extent of the law.

I stood here at this podium the day after a historic church burned amid violent riots, and I said this: "The First Amendment guarantees the right of the people to peaceably assemble. What we saw last night in Washington and across the country was not that." End quote. Make no mistake: What we saw yesterday afternoon in the halls of our Capitol, likewise, was not that.

We grieve for the loss of life and those injured, and we hold them in our prayers and close to our hearts at this time. We thank our valiant law enforcement officers who are true American heroes.

What we saw yesterday was a group of violent rioters undermining the legitimate First Amendment rights of the many thousands who came to peacefully have their voices heard in our nation's capital. Those who violently besieged our Capitol are the opposite of everything this administration stands for. The core value of our administration is the idea that all citizens have the right to live in safety, peace, and freedom.

Those who are working in this building are working to ensure an orderly transition of power. Now it is time for America to unite, to come together to reject the violence that we have seen. We are one American people under God.”

In hindsight, I should have recognized the most likely possibility: that the White House would attempt to distance themselves from the actions of the insurrectionist and abdicate all responsibility. Kayleigh McEnany’s speech does the good work of strongly condemning all the rioters, while also repeatedly claiming that the entire administration holds completely different values to the protesters. This is not in fact true: it ignores the fact that all of those at the Capitol listened to Trump’s speech and then preceded directly to break in. In addition, Trump claimed these people as his own, in his short video released during the ordeal, he says “We love you, you’re very special.”

My speeches were more aggressively justifying or lying about the events. However, I think that what McEnany does is even more radical, though also more subtle and palatable to Republicans processing the events. She attempts to gaslight viewers by pretending that Donald Trump does not incite violence and that his supporters are not inclined towards destruction.